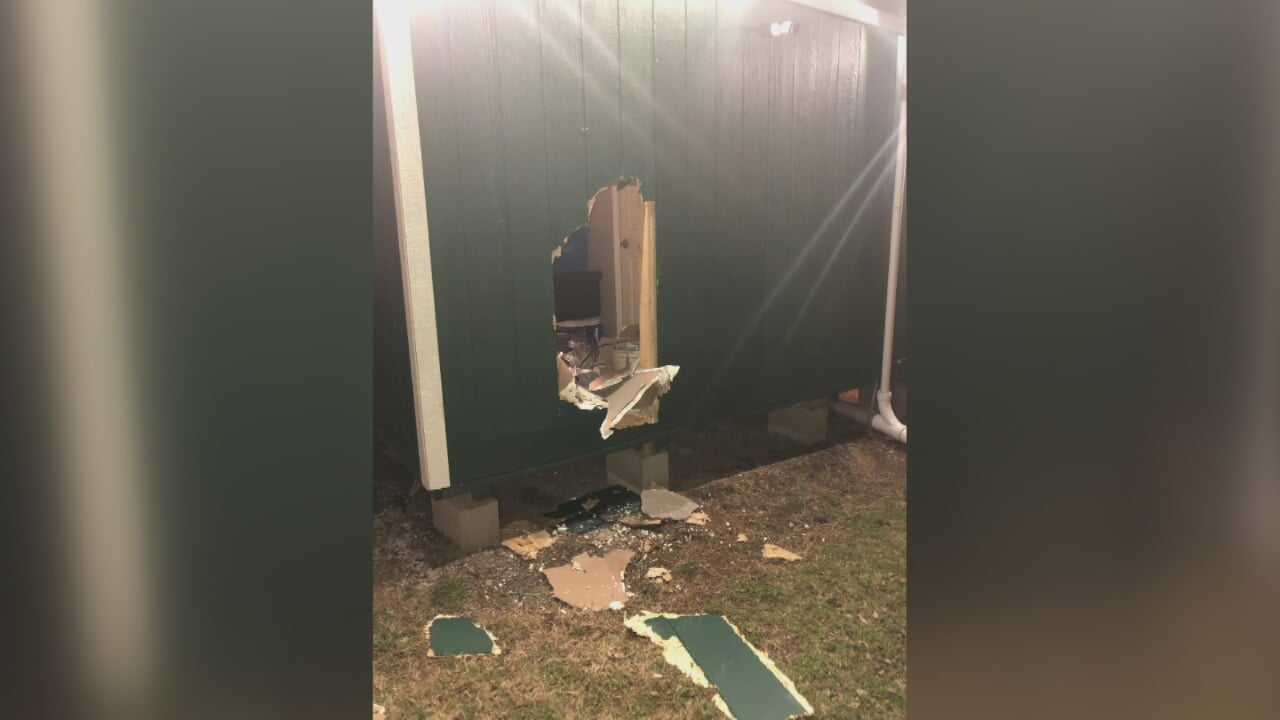 Omar Lark is tackling burglaries for the seventh time since he opened his dispensary.

Lark, the owner of Gibbs Green Dispensary 46th Street North, and Peoria, said he received a phone call from his alarm company at 3:45 AM. It stated that someone had broken into their back wall, forced their entry and taken a safe, cannabis, and a bolted-down ATM.

“And they cleaned us out,”He said.

Lark met police at a store and quickly realized that this was a different break-in from the ones before.

The thieves had cut the wires and turned off power and surveillance cameras.

“I imagine it’s some kind of crew,”Lark said. “I’m pretty sure they did it before.”

With no surveillance video this time, police don’t have much to go on, but Lark says police told him they’re looking for a White Tahoe or Suburban seen leaving the area.

Lark says while it’s frustrating that thieves keep getting in, he’s not letting this deter him or his business.

“This has gotta stop,” said Lark. “There’s a lot of small businesses that are out here that depend on this business…it’s really heartbreaking when people try to come and just take stuff. I don’t get it.”

Lark has hired a security officer to help.

He also hopes to locate surveillance footage from neighbouring businesses.