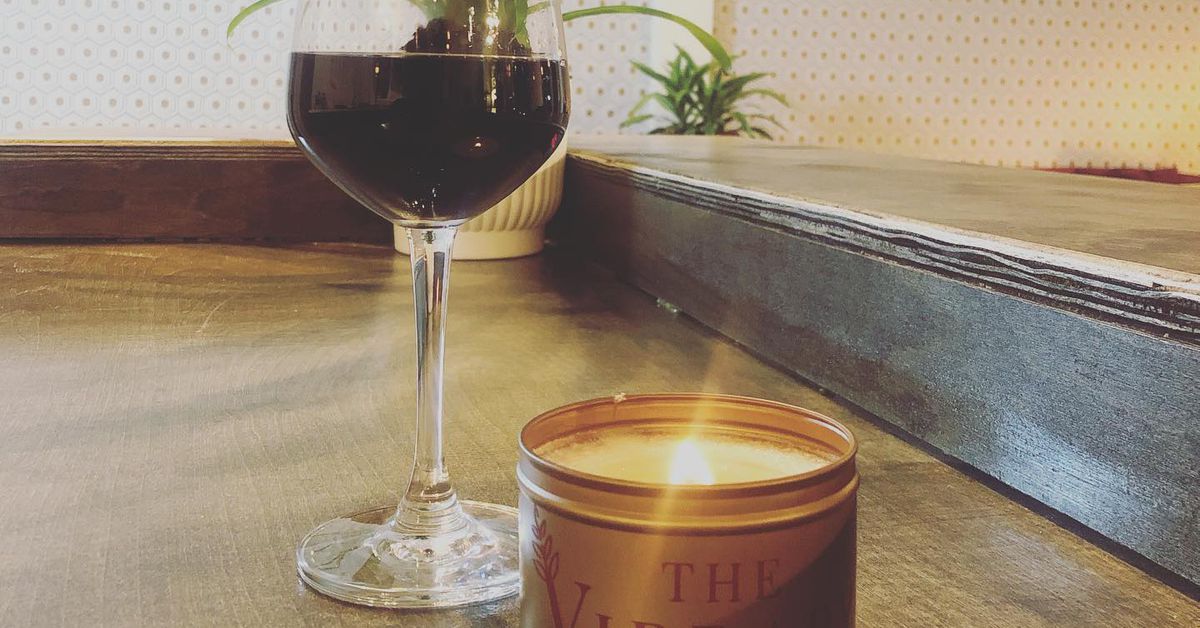 It’s a phrase Candace Walker says she hears often in reference to her new wine bar-meets-bookstore, The Vibrary: “Wow, this doesn’t even look like Stone Mountain.”She considers it a compliment as the Vibrary, opened this summer on Main Street in Atlanta, is drawing people to the historic village just 20 miles east of Atlanta for wine, books, and is part a changing tide of businesses opening there.

Walker moved to Stone Mountain when he was in middle school. He grew-up near Main Street, the village, and Stone Mountain. Walker works as a forensics analyst for the local police and side gigs as a voice actor in e-learning companies. She says she felt compelled by the urge to open a business downtown Stone Mountain.

“It was important for me to be able to give back to the community I grew up in.”

Walker initially conceived the Vibrary’s idea with a business associate, but he eventually left for personal reasons. Walker said that she spoke with local business owners to determine what was needed in the village and decided to open the Vibrary by herself. She combined her favorite things, a wine bar, and a bookstore.

“People really wanted something that was more elevated, comfortable, small plates, kind of like a wine speakeasy feel,”She said. “I remember what [Stone Mountain Village] looked like when I was younger and saw the decline of it when I was coming back from college, and then I saw that it was actually being revitalized.”

According to a 2020 Curbed AtlantaStone Mountain Village’s vacancy rate was 60-70 percent five years ago. Numerous businesses have opened in or around Main Street since 2016, including Gilly Brew Bar coffee shop. Stoned Pizza Kitchen, Pi-Bytes, and Outrun Brewing Company.

Bright jewel tones are used throughout the Vibrary, which offers multiple seating options, including plush couches, tables and a bar with eight seats. Bistro tables can be topped with books, which can be browsed on the shelves. Walker and local candle manufacturer Walker create a signature scent that greets guests as they enter the restaurant. This Little Light. Walker says the space is meant to feel homey and relaxed.

“I just wanted people to be able to get away from the crazy madness of the outside world and the inundation of bad news, to be able to come and relax.” 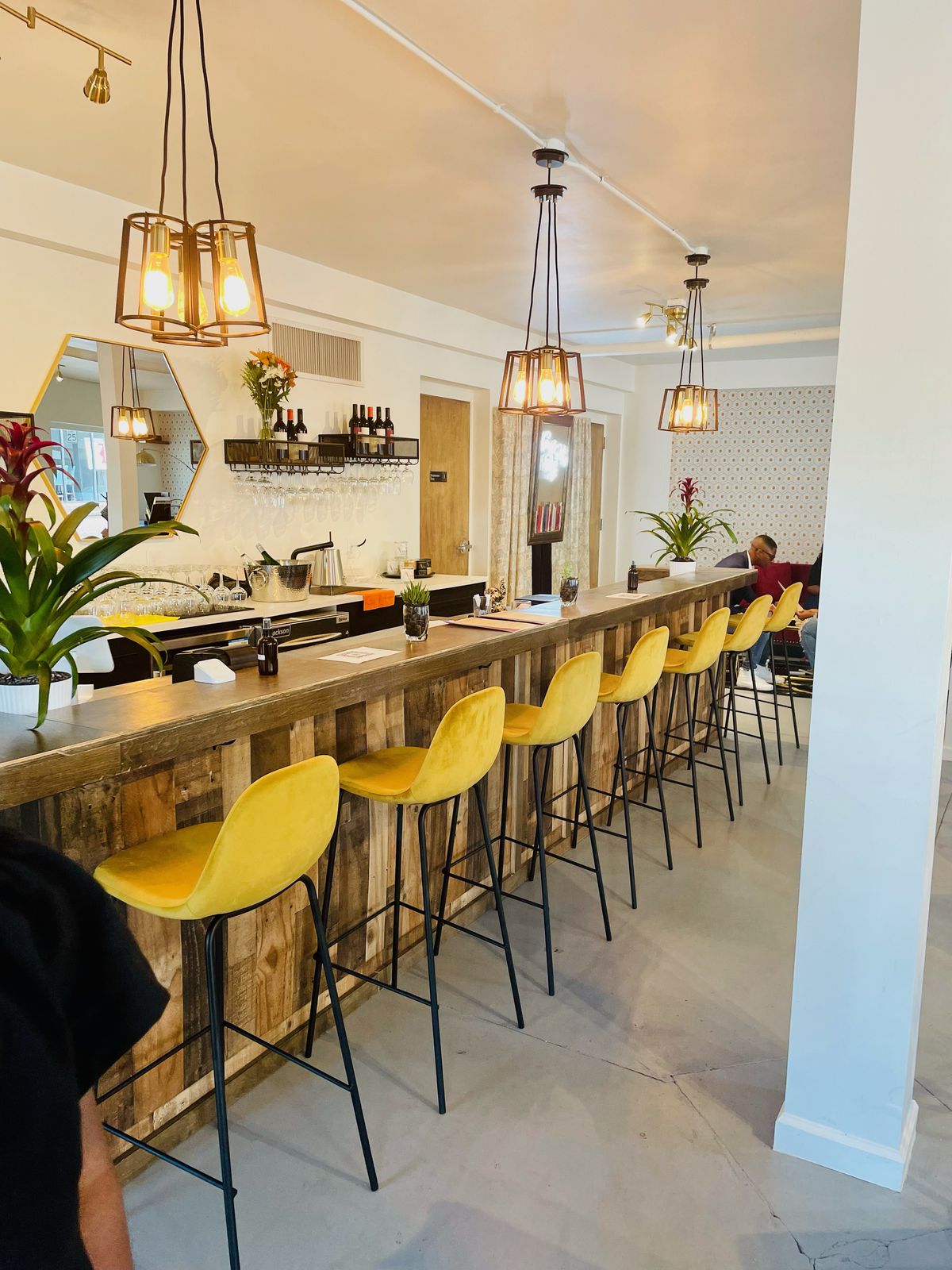 Walker is still learning the ropes of being a first-time entrepreneur. This includes deciding the types of wines that will be served at the Vibrary. The current menu focuses on Walker’s favorite wines. It always includes four reds, four wines, and three sparkling wines.

“It’s good confirmation that my palate is diverse enough that most of the wines have been selling out, and people really like it when you educate them on what kind of wines they are.”

The Vibrary’s wines are all organic and low-intervention, biodynamically harvested and come from wineries that use certified sustainable practices. Walker tried organic wine for the first time during the pandemic. She says that she was able to taste and feel the difference as a person with asthma. While science is still not clear on the benefits of natural wine, there are some evidence suggesting that wines containing histamines and sulfites may be beneficial. Can cause symptomsAsthmatics

Walker also serves light snacks and charcuterie boards to go with the wine. Walker doesn’t have a full-service kitchen so she pays as much attention to details on each board as the wine. Walker enjoys vegan ham, smoked mushrooms, and vegan cheeses that mimic cheddar and gouda, while she eats meat.

Walker is equally passionate about Walker’s books and the book signings at The Vibrary. She usually carries uplifting titles from multiple genres, often featuring Black or other people of color protagonists. Since August, three book signings have already been held. More are in developmentThe intimate setting of the Vibrary lends itself well to author readings. 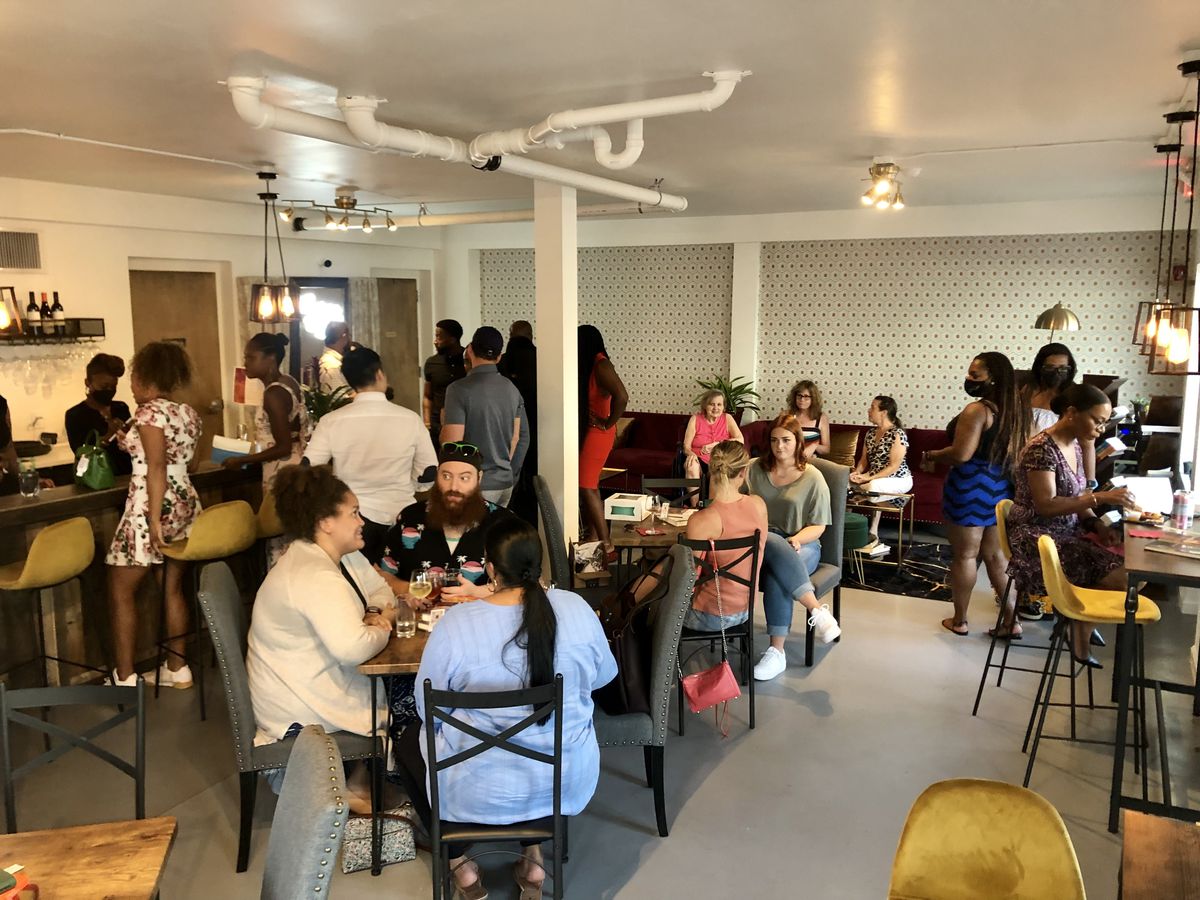 The Vibrary, a Black-owned company, is located in a building that may once have been home to a Confederate Museum. It’s also less than a mile from Stone Mountain Park and the monument on the north face of the granite rock depicting images of the Confederacy’s leaders: Jefferson Davis, Robert E. Lee, and Stonewall Jackson.

“People have come in and said ‘My parents are buried in the Confederate graveyard down the street and they had different thoughts about things, and we’re really glad you’re here,’”Walker speaks out about these encounters.

Walker said that although it was strange to hear such comments Walker believes that most interactions were positive and affirming.

“If people are led to say things like that to affirm and it’s positive, then bring it on, I love it. I know there may be people here or there who don’t think the idea [for the Vibrary] is great or may not want me there, but I don’t dwell on things like that.”

Instead, Walker says she chooses to focus on the feedback she’s receiving from people in the community, many of whom have become regulars (and even some who make the drive to Stone Mountain just to come to the Vibrary.)

“I get the feeling I will be there as long as I feel like I’m supposed to be there,”Walker adds. “Then, times that by infinity, because I would love to be a longstanding business in the village operating amongst other great businesses.”


Register now for the 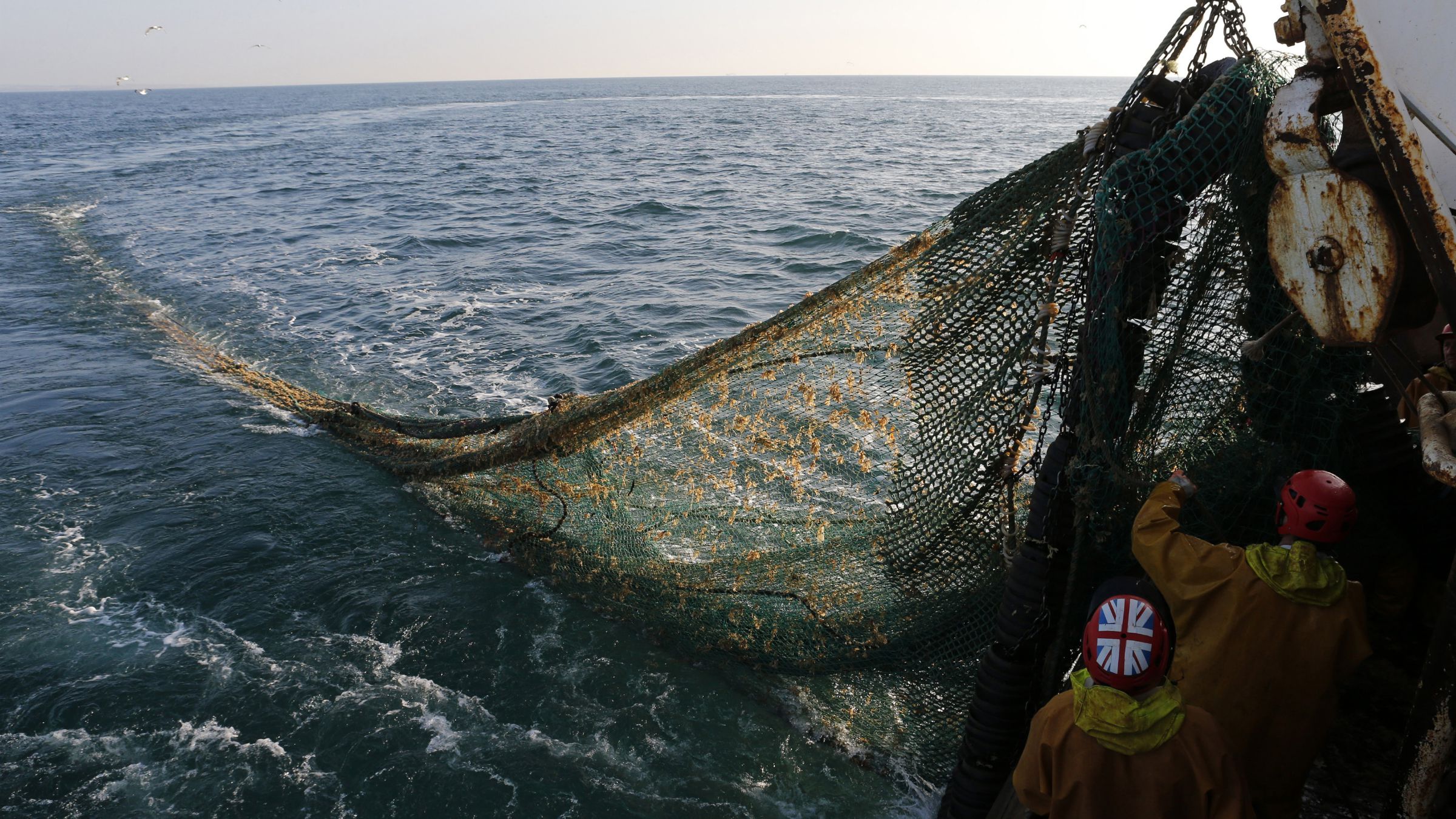 Fish sticks could be the answer to seafood sustainability — Quartz 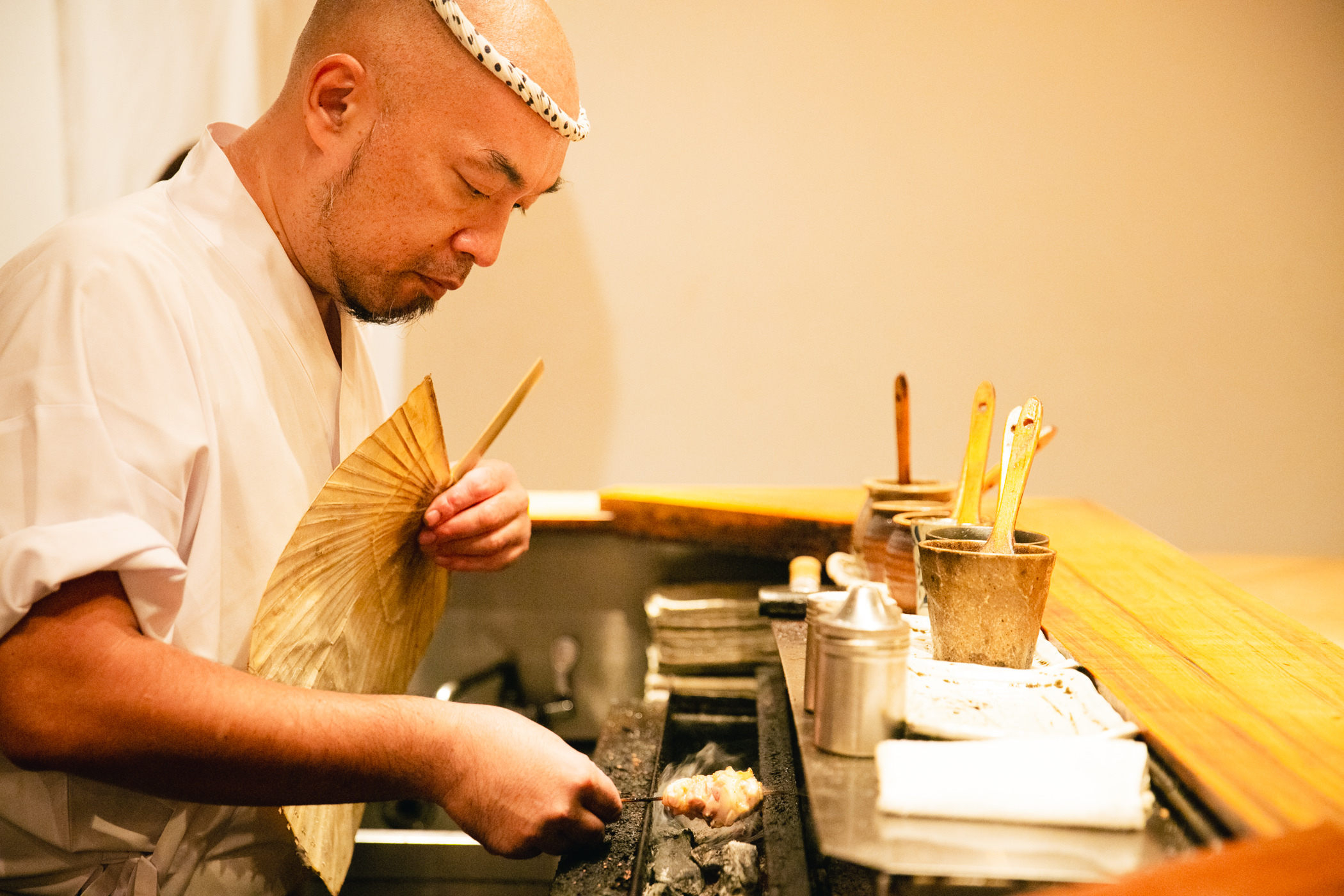