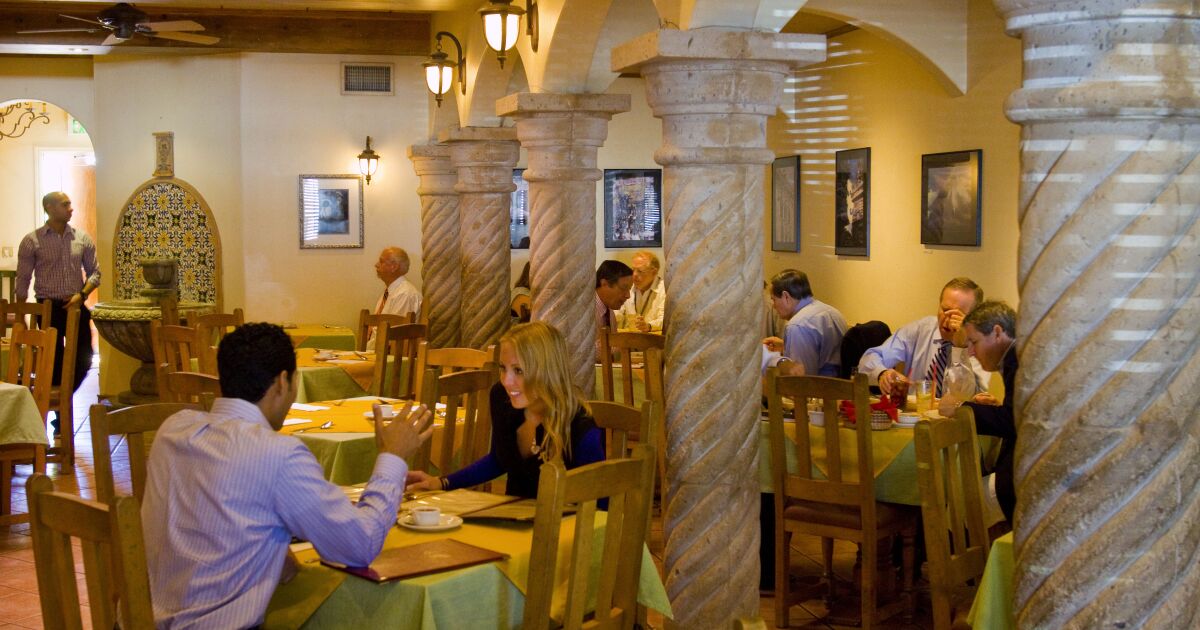 I don’t think I’m alone among born-in-East L.A. Chicanas and Chicanos in my complicated relationship with Mexican food. My grandmother made me menudo every day and had cactus pails for stewed nopales. My mother’s cooking may have been largely Americanized, but she was always charring chiles on an electric pancake griddle for salsa, which even to this day is a constant in her refrigerator; her eggs and bacon came with refried beans, enriched with fat from the fried bacon instead of lard. And once a month or so she’d cook a whole beef tongue with onions and bay leaves for our homestyle version of lengua tacos. These two women are the reason I don’t shy away from unusual flavors or textures. After years of loving and eating the food of my heritage, I was a known adventurous eater, sometimes with revulsion from schoolmates, but more recently with admiration.

My mom and grandmother were the ones who took me out to eat Mexican food in my childhood. Our choices were not very adventurous. Mexican restaurant food was often reduced to a simple combo platter. Hard-shell tacos were served with enchiladas and orange cheese strewn throughout. I didn’t mind — indeed, to my kid palate, I found comfort and even joy in the way the mellow melted cheese adhered to the rolled enchiladas covered in a sauce much milder than the salsa my mother made at home,

However, I became restless in college. California was seeing Chinese and Italian food expand beyond spaghetti with huge meatballs and chop suey. Pioneers like Cecilia Chiang at Mandarin in San Francisco and Beverly Hills and Piero Selvaggio at Valentino Santa Monica were instrumental in the development of regional specialties and innovative dining options. Mauro Vincenti, who opened his Rex il Ristorante in the Art Deco splendor at the Oviatt Building downtown Los Angeles, was also a key figure in the creation of fine dining innovations.

For the most part, Mexican food in those years was stuck in its guacamole comfort area. Mary Sue Milliken (a midwest white woman chef) and Susan Feniger (a black woman chef) opened L.A.’s Border Grill, which served Mexican-inspired food like sauteed squid and veal tongue soup. Diana Kennedy, a British cookbook author, was showing the depth of Mexican regional food for home cooks. As I wrote in a 1991 article for this paper, “Waiting for the Revolution,” the transformational change in opening people’s minds to the possibilities of Mexican cuisine in Los Angeles would need to be fought by Mexican chefs.

To my mind, however, this would not have been possible without Jose Hernandez Rodriguez, the chef and owner of La Serenata de Garibaldi, Boyle Heights. After Rodriguez’s 2010 death, L.A. City Councilman Gil Cedillo called the chef the “maestro de salsas” — and it’s true, Serenata’s sauces, usually draped over fish, were famous. A sauce made with cascabel, arbol, and habanero chilies. It is orange-hued. There are two types of pipian sauces: a red and a green. Barbara Hansen wrote in 1989 that he named one sauce made of tomatoes, cream, green chiles Golla after Gregoria Golla. “who once had a little food stand in Torreon, Coahuila, where Rodriguez was born.” I remember a bright, chile-spiked cilantro sauce.

Rodriguez’s rotating repertoire of more than 60 sauces attracted diners from all over Southern California, including Hollywood and the Westside. People used to boast how they’d gone “all the way to Boyle Heights”For dinner at Serenata in downtown Los Angeles, only five minutes away. There is a gated parking garage for Jaguar and Mercedes drivers.

Rodriguez didn’t have a lot of patience for the state of Mexican cooking in Los Angeles and was on a mission to open people’s minds.

“I think what we have to do is introduce real Mexican food,, to present Mexican food with dignity and pride — and also, to educate the people,”He told me that in 1991. “In my opinion, the political and social conditions that existed 100 years ago — and I’m talking about racism — contributed to the creation of California-Mexican food.

“Mexican cooking had to please the American people, and in those years, they didn’t appreciate spicy-hot sauces,”He continued. “In trying to give Americans what they wanted, Mexican cooks started making sauces on the sweet side. … What you have are a lot of big, beautiful buildings with terrible food.”

This way of thinking led some in the neighborhood to call him an elitist and they said his food wasn’t truly Mexican.

“When people suggest that, I say, ‘Why not?’”He replied. “First of all, I am Mexican. Secondly, we use ingredients that are used in every kitchen in Mexican cooking. Chile serrano is not from Poland or from France. It’s Mexican. If French chefs can develop nouvelle cuisine and Italian chefs too, why not Mexican chefs?”

This newsletter is great! Subscribe to the Los Angeles Times

We are grateful for your support. Register to become a subscriber

You can still get shrimp with cilantro sauce or salmon with red pipian sauce at Serenata’s remaining Westside location on Pico Boulevard, but these days many customers seem to go for the fajitas instead. We are now able to look back at our combo-plate roots and enjoy the familiar Mexican flavors many of us grew up with. Although the roots of Mexican American cuisine are rooted in colonialism and many generations of Latino chefs and servers have worked at Cal-Mex restaurants, they have become welcoming gathering places for friends and families.

With this in mind, the food staff’s Bill Addison, Lucas Kwan Peterson, Stephanie Breijo, Jenn Harris and columnist Gustavo Arellano put together a guide to Los Angeles’ 38 essential classic Mexican restaurants. Peterson had at one time a list of over 100 restaurants that could have been included on the list. After discussions with food editor Daniel Hernandez — and a lot of eating — the list was whittled down to 38 key places. Arellano, who happens also to be the author of “Taco USA: How Mexican Food Conquered America,”He wrote about his youth “smug, stupid dismissal”What changed his mind about Cal-Mex food? Peterson spent time with five longtime El Cholo employees — all in the “20 year club” — who collectively have more than 200 years of service at the chain. And Harris got a behind-the-scenes look at the making of Tito’s Tacos famous deep-fried tacos, starting at 3:30 in the morning. On a busy day, Harris says, Tito’s fries up to 8,000 tacos. I love that Harris and Peterson give voice to restaurant workers who are not well-known, but are vital to the city’s survival.

“It’s a phenomenon that’s causing a paradigm shift in the restaurant world, transferring the power of influence from traditional media to anyone with a cellphone and a love for food.” In her story on the world of food influencers, Jenn Harris examined the social media effect that even a Van Nuys mariscos stand can experience — is it worth paying thousands of dollars for a TikTok post? Some say yes. What do restaurant critics think about this? Harris asked. Harris was also interested in how to tell the difference of a journalist from a food influencer.

The day after at Roscoe’s

“After the initial shock of hearing that a hip-hop artist had been shot inside a restaurant in L.A., my mind turned to the cooks and servers who may have witnessed the violence and who would likely be hoping they wouldn’t lose precious work hours in its aftermath,” wrote food editor Daniel Hernandez one day after the shooting death of rapper PnB Rock at the Roscoe’s House of Chicken & Waffles on West Manchester Avenue. There was much talk on social media about the fact that Rock (real name Rakim Allen) should not have been killed. “known better”Hernandez wrote: “to eat at a restaurant in a community that is harshly referred to as ‘dangerous.’” I had a feeling that if Hernandez had a meal at Roscoe’s and saw the restaurant through the eyes of its workers and customers, he’d come back with a nuanced story. His beautifully written story is well worth your attention.

Stephanie Breijo’s restaurant news column has the happy news that the L.A. bakery Bub and Grandma’s — which nearly always runs out of bread at the Hollywood Farmers Market — is opening a full restaurant.

L.A. Times Food Bowl has begun. Mujeres Del Maguey, a four-course collaboration presented on Sunday by Re: Her between Corissa Hernandez of Nativo in Highland Park and Todo Verde’s chef Jocelyn Ramirez with pairings of mezcal and other agave spirits. A new event is scheduled for Sept. 22: a nine-course collaboration between chef Kevin Lee, better known on social media as @chefboylee and Kinn’s chef Ki Kim. Tickets for our event are still available L.A. Times Night Market, Sept. 23-25The, which starts with a “Smoked Soirée,” featuring a BBQ demo by pitmaster Kevin Bludso, a burger battle judged by Amboy’s Alvin Cailan and hosted by Eric Greenspan, plus an Italian beef demo with “The Bear’s” Matty Matheson and Courtney Storer, the culinary producer who made sure the show’s beef sandwich stayed true to its Chicago roots. Find the Full schedule of Food Bowl eventsCity National Bank presented this offer at lafoodbowl.com 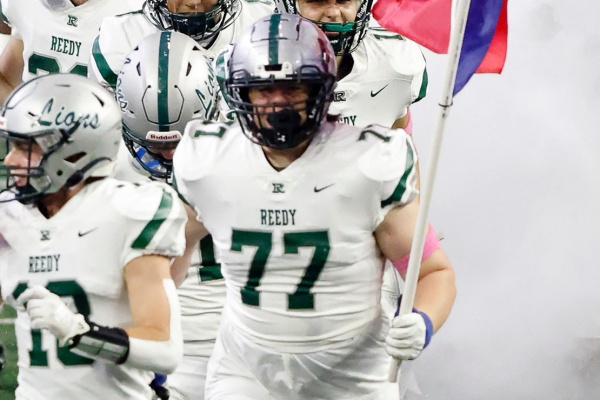 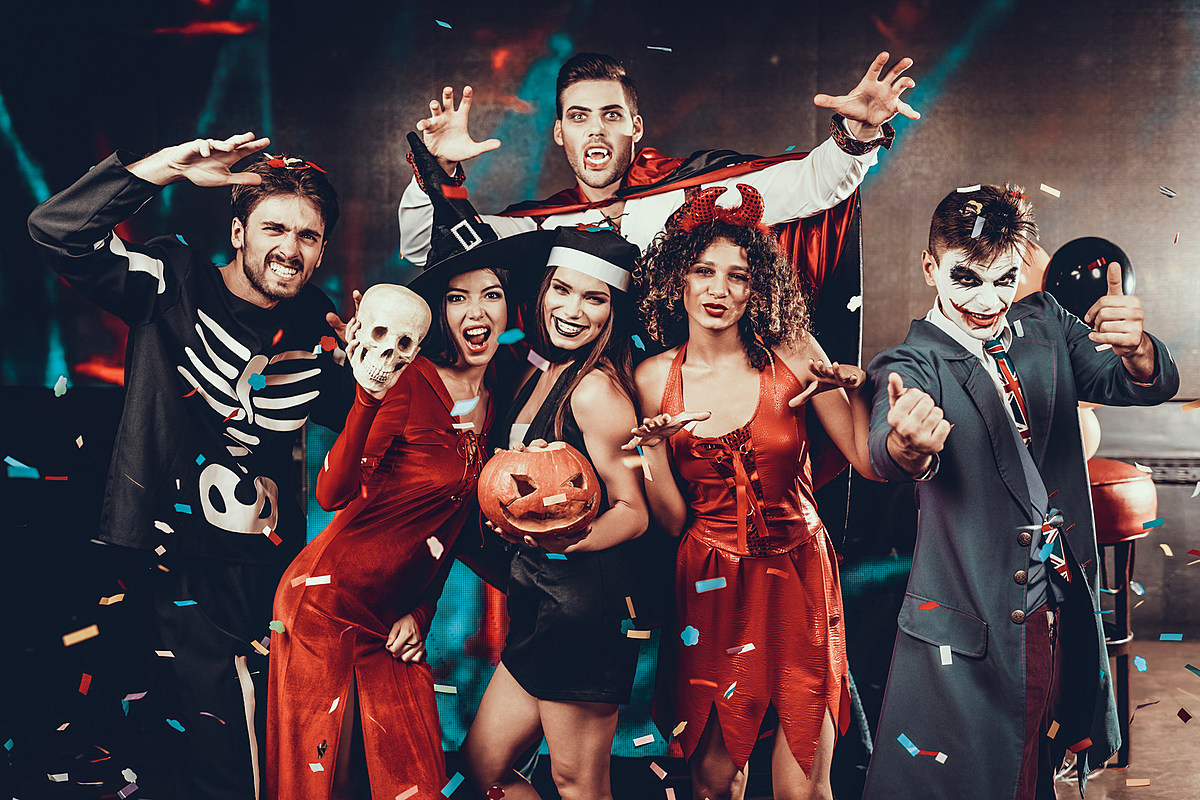 Dressing Up For Halloween Or The Parade In Pittsfield? 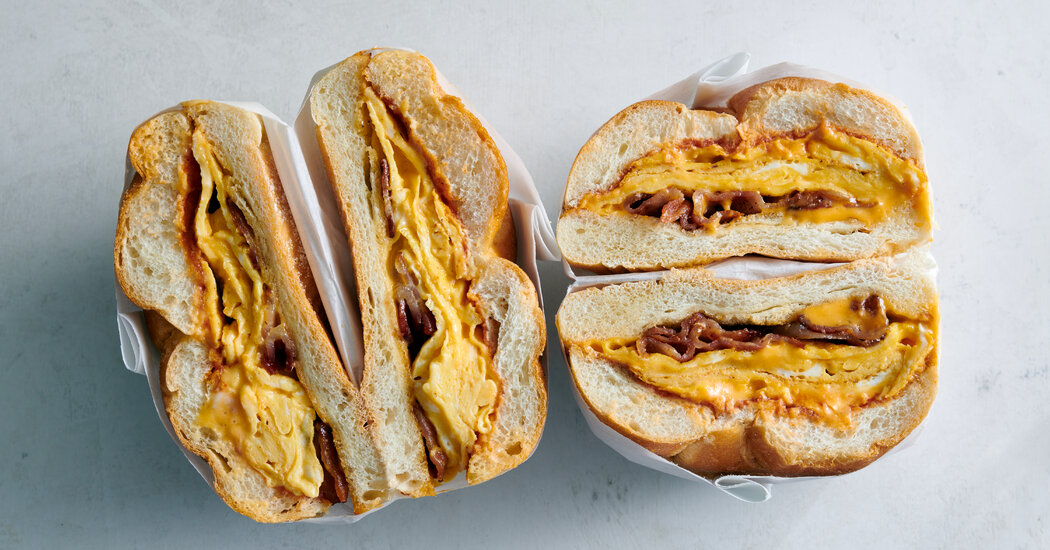 What to Cook This Week