Did you ever meet Joseph Paul Souza? I didn’t have the pleasure, but his obituary in the Red Bluff Daily News was the best. He wrote it himself and now I’m sorry we never met. He spoke about his family’s witness to his love and how they had witnessed his death. “love for technology, a convertible sports car, and an awesome beard.” Hah. He is a cool guy. RIP, Joseph.

Cool guys! This week, Parker Hunt, the Tax Collector, presented to the board of supervisors about a state program that assists people who are late on their property tax payments. Unpaid property tax assistance can be up to $20,000 and does not need to be repaid. There are a few eligibility requirements, but it’s easy to find out if you qualify. There are also mortgage relief options. Visit https://www.co.tehama.ca.us/government/departments/treasurer-tax-collector/ and click on the eligibility link. I wish someone had told me about this before we paid our taxes. Where is time travel when you need it?

The counting of votes from the June 7 primary continues, and the more they count the less chance of any change to the original report. There was a celebratory cupcake party at the supes meeting this past Tuesday. Former District 1 Supe Barbara McIver made way too many scrumptious cupcakes – I scarfed down two. There were even party hats but hardly anyone wanted to mess up their carefully coiffed hair. I chose purple.

Both supe-elects were in the house. Pati Nolen and Matt Hansen didn’t speak and there wasn’t a lot of gloating during the public comments portion of the meeting. No need to be jerks about the crushing defeat of Bob Williams (66% – 34%) or the 10 point loss of Dennis Garton (55% – 45%). Again, those numbers are not final and I’m sure that’s the reason neither of the lame ducks congratulated their opponents, right?

What will the next six months look like while Williams and Garton serve out their terms? Who knows? They don’t have enough votes on the board to execute any sort of scorched earth maneuvers, so fireworks will probably be lacking. Maybe they’ll even go along to get along. That would be nice.

Meanwhile, the city of Red Bluff has announced the three big winners in the cannabis dispensary competition. One will be on Sale Lane, one in the old Cornerstone Bank building by Tractor Supply, and the third right smack in the middle of beautiful historic downtown.

Does this bother me personally? Nope, not one bit. However, downtown business owners were dead set against a dispensary opening there. The news that 723 Main St., home of the “World Famous” Palomino Room, would soon house a pot shop probably came as quite a shock to them.

Wait – the Palomino Room? How can this be, Liz? You can’t have a cannabis dispensary in a bar, can you? No, Strawman, you can’t. Here’s the skinny, if my sources are correct. Carlos Zapata – owner of the Palomino Room – and his wife bought half interest in 723 Main St. in January of this year. The other half interest belongs to DBS NV LLC, Laythen Martines principal. Martines is also the owner of Sundial Collective, which will be the dispensary in the building. Advice to Martines – call it Clock Tower Collective instead of Sundial. We have our own historic landmarks here.

So where will it be? It can only be in the dining room of the Palomino Room, right? It would just need to be permanently separated from the bar with its own entrance, which it conveniently already has.

Which raises more questions. Will the kitchen still be open? The Palomino Room’s liquor license requires sales of food be equal to or greater than sales of alcohol. Without the dining room, food sales will be restricted to the bar area and the so-called nightclub upstairs.

This is a huge change to an iconic Red Bluff business. How do all the folks who supported flag-waving, militia-loving, COVID’s-a-hoax Zapata feel about their beloved brick walled eatery becoming a Wacky Tobacky shop? Zapata spoke at Red Bluff City Council meetings, saying he was personally opposed to cannabis but thought dispensaries were a good idea. Now we know why. Hypocrisy much?

In another gut punch, none of the three dispensaries will be owned by Tehama County residents. Applications poured in from professionals far and wide that were more “polished” than those submitted by locals. Well sure – they have experience and lawyers. Someone could probably make a few bucks selling carpet bags with pot leaves on them.

This is what happens when we hide our heads in the sand and let the world pass by. Or when we don’t keep up with new revenue streams because of cognitive dissonance and faux morals in the face of facts. All the local cannabis advocates who have been fighting for this have been cut out of the profits, just as predicted.

The people who were fined or had property taken for daring to grow a plant outside, who begged for a path to legitimacy, who have been marginalized by the very leaders who are now sucking up to Big Weed – they are the losers here. Your neighbors and friends.

They’re not the only losers, though. The profits made by these dispensaries will be spent elsewhere, not in Tehama County. Oh sure, the city of Red Bluff will get tax and fee revenues but these dispensary owners will be taking a tidy profit home to wherever they actually live – i.e. not here.

Additionally, all products sold in the dispensaries will be grown and manufactured elsewhere. Tehama County still has their unbelievably outdated ordinance on the books and no commercial grows have been started in the city of Red Bluff yet. Luckily, Sundial’s Laythen Martines has commercial grow sites in other counties, so he’ll get to do a little double dipping.

Liz Merry has been half of Merry Standish Comedy for 30 years and is a former downtown Red Bluff business owner. She now has a home-based business and is locked and loaded in Manton. She can be reached at [email protected] 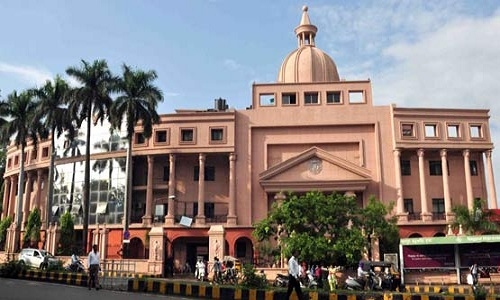