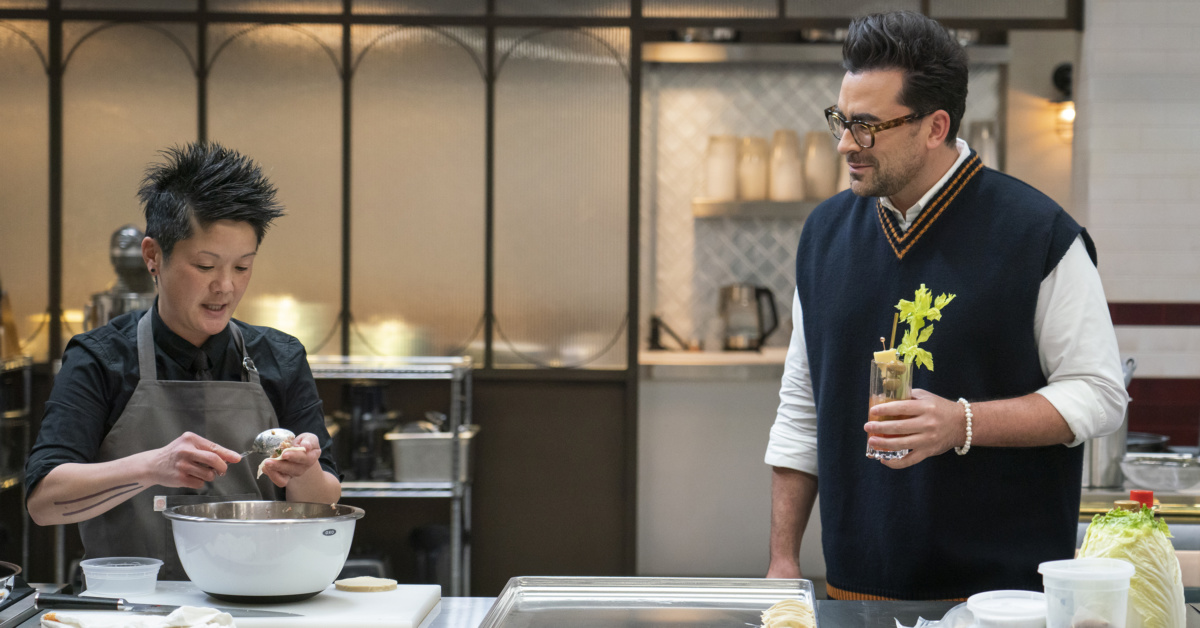 “I never wanted to be on a cooking show—but I knew with Dan Levy involved it would be fantastic”J Chong, a Scarborough-born Chef, heads into the Finale of The Big Brunch

A favorite early favorite and a regular front-runner, chef J Chong made it to the semi-finals of HBO’s feel-good, Dan Levy–hosted brunch-based cooking competition by staying true to her Can-Asian roots, turning out Chinatown takes on greasy-spoon breakfasts—and one very memorable poutine dumpling. The Scarborough expat landed in Asheville, North Carolina, six years ago, where she lives with her wife and two dogs and works as a personal chef and farmers’ market vendor. And, though there’s $300,000 up for grabs (the finale airs tonight on Crave), it’s the relationships she’s formed with the judges, cast and crew that mean the most to her. “I met the sweetest people on set. I joked that, if this is what Hollywood is, I would love to be in Hollywood.”

Between the camaraderie, the distinct lack of gimmicks from the judges (there’s no Levy low-five) and the good-natured F-bombs, The Big BrunchIt seems like a different kind of cooking competition show. Was it as beautiful as it appears?
It was. It was something I had always wanted to do, even a reality TV show. The thing I love most about Dan Levy is the way he chose each of us. He was clear about how he wanted to show the show to the world. We’re not just cooking food—we’re cooking Our food, the food that’s really meaningful to us.

Your identity—queer, Chinese, Canadian—is ever-present in your dishes.
My goal was to be 100% me and visible to people of my culture, my ethnicity, and my communities. It was first and foremost about me being available for anyone looking for me in a kitchen or on TV.

Talk to me about “wou-tine,”The poutine dumpling recipe that saved the day in episode six
This episode was intense as we all fell short on the first challenge. We were asked to retry it. We had to recall who we were. When people think of Canada, they think of poutine—and my whole business is dumplings, so I just put myself on a plate. It came to me right away. I’m glad they were receptive to it. 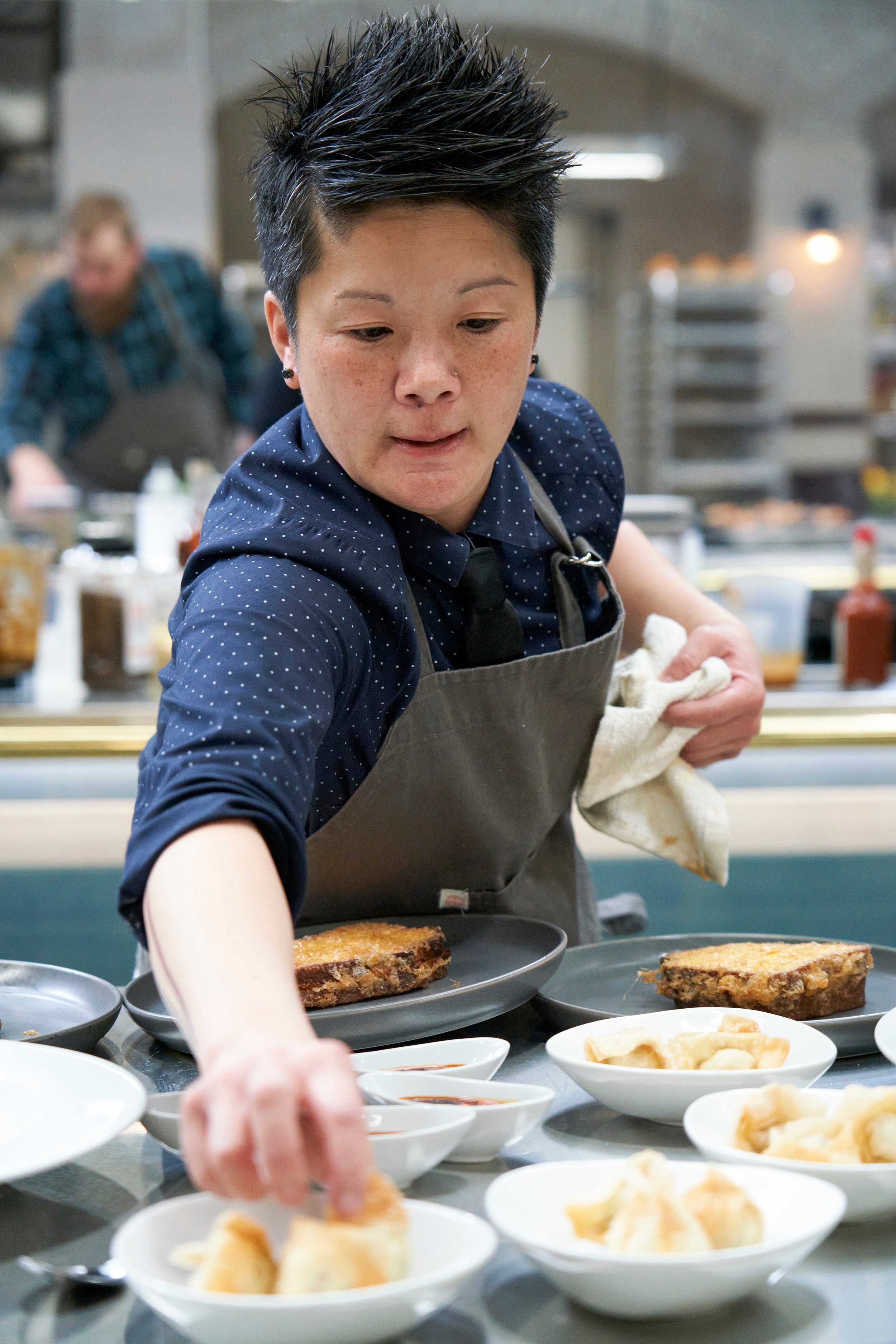 How does the tone of the show reflect larger shifts happening—or at least being talked about—in kitchen culture?
Kitchens can be a very cis-het-male-dominated world and, at times, extremely toxic and maybe not safe for everyone. This show will help change that, I believe. The show will help people see that not all chefs are assholes. We care about each other. It is amazing to see the variety of contestants.

Levy is not alone. Sohla El Waylly, a cook and judge, is also part of the judging panel. New York TimesA 16-quart stockpot of technical know-how and Will Guidara, fine-dining expert, was donated. Who would you like to impress the most?
Obviously, I wanted them all to enjoy my food—but Sohla is just brilliant. She’s so knowledgeable about food and flavours. It’s amazing to watch her eat a dish you have worked so hard to prepare and then review it. It was a great affirmation to me when she enjoyed a dish I made.

Both Asheville, Toronto, and Montreal are food cities. How do the culinary scenes compare between them?
I grew in Toronto, where you can eat almost anything from anywhere in the world. We don’t have that luxury here in Asheville—yet. But, during the pandemic, a lot of people moved here from all across the country, so we’re levelling up. 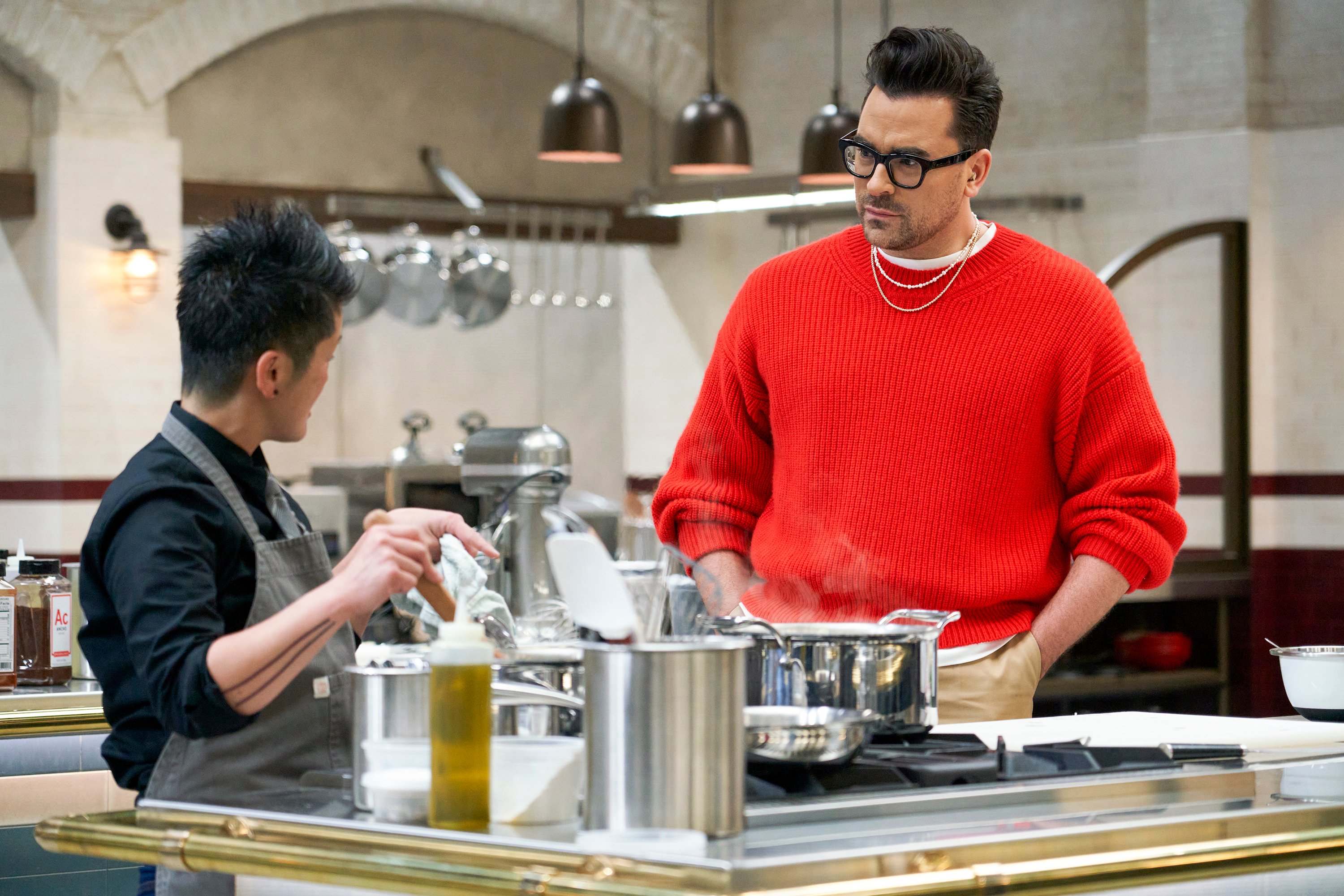 What Toronto restaurants are you most missing?
Any restaurant on Danforth. Chicken souvlaki all day—and braised tomato-paste potatoes with a huge Greek salad. It may be because I’m missing Mediterranean food here in Asheville, but anywhere on Danforth was just gold.

What are the last two episodes of The Big BrunchWhat do you have in store?
I’m really happy that they’re airing in time for American Thanksgiving here. It’s just a beautiful show, and I think people are going to be happy, and I think they’re going to be shocked. It’s going to be exciting.

For anyone who’s gathering, it’s a good fun-for-the-whole-family watch.
It is—aside from all the cussing. 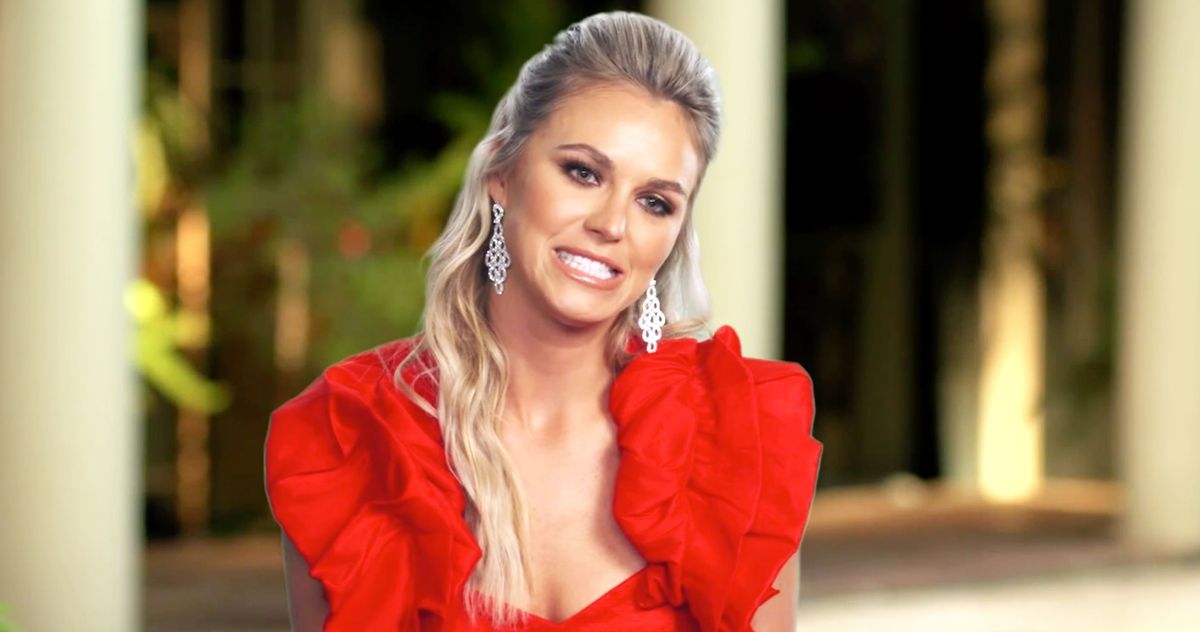 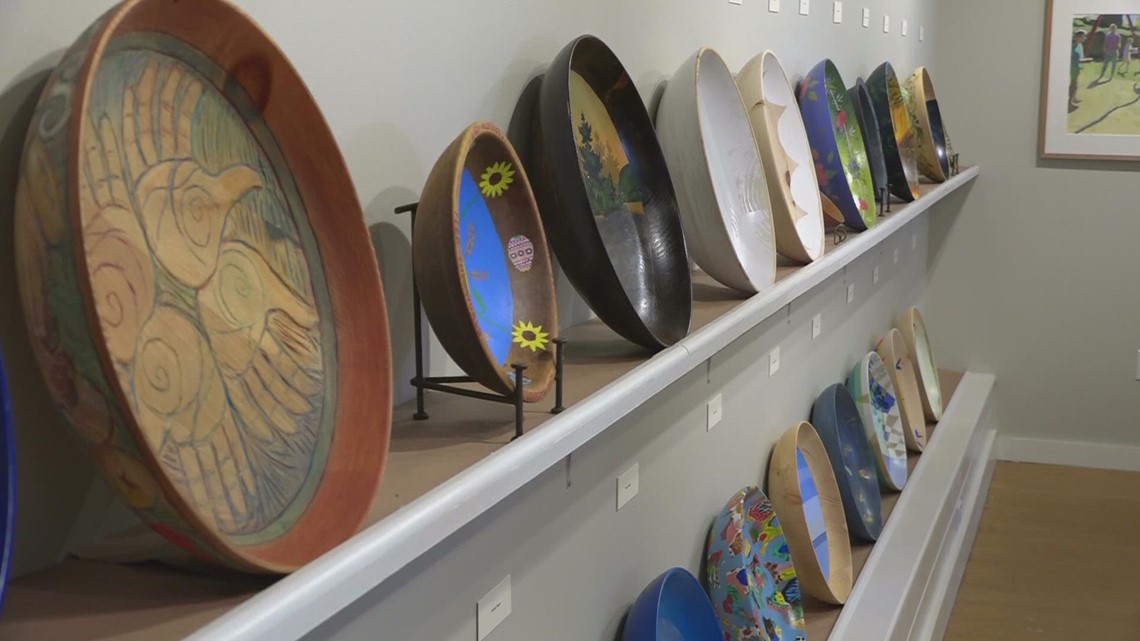 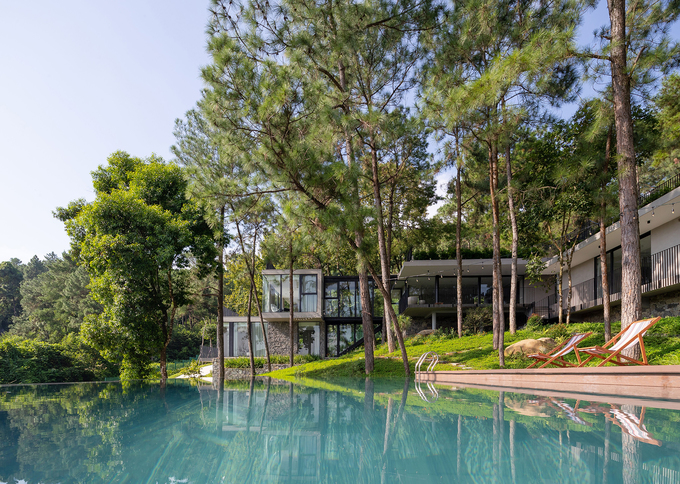 Tam Dao travel guide: What to explore, what to eat, how to get there