Douglas Social is expected to open in Wichita over the next four-to six weeks.

The bright neon sign went up in June — all pink and teal with a Miami feel.

But until now, the owner of the new Douglas Social at 2518 E. Douglas wasn’t ready to talk about what he’s up to.

Now, Travis Hatfield says he’s close to opening, and he recently shared details about his new bar, which he says he hopes will become a neighborhood hangout.

Hatfield has many years of experience opening bars. Hatfield is not only a former owner, Uncle Sam’sFor 10 years, he owned the Haysville dive bar at 8652 S. Broadway. In 2016, he also started Peerless at 919 E. Douglas. (He closed the bar in March 2019, but it was reopened by new owners seven months later.

Travis Hatfield installed the sign for his new bar Douglas Social. People have been fascinated by it ever since. Denise Neil The Wichita Eagle

His full-time job is to manage his long-standing car lot. Deluxe Motors at 4403 S. Broadway, and Hatfield said he wasn’t really thinking about adding a new bar to his collection. But before the pandemic hit, the owners of the building on East Douglas, who are friends of Hatfield’s, reached out to him about the space.

For a time, they’d had a tenant lined up: Victoria Tamez, who announced plans in February 2019 to open a Latin restaurant and tequila bar called Azucar Social House there. But by October of that year, she’d changed her mind and pulled out of the project.

“They kind of approached me and were like, ‘Hey, do you want to open up another bar?’”Hatfield said. “And I said, ‘Honestly, not really.’ It wasn’t something I was really thinking about.”

But once he saw the space — a 3,500 square-foot blank slate with polished cement floors, an original brick wall running the length of the space and lots of natural light — he reconsidered. He was intrigued by the idea to build a bar from scratch, and he loved the ample parking space.

Hatfield signed the lease and —inspired by bars he’d visited and liked in Southeast Miami — began drawing up plans for a straightforward bar with 1980s deco touches.

He was just getting started when COVID-19 arrived in spring 2020 and put all his plans on hold.

Hatfield, however, returned to the project this year and has been slowly building the space. Hatfield stated that he believes he can open the bar in the next four to six week.

Douglas Social won’t serve food but it will have craft beer on tap and a cocktail menu. There’s a pool table, a Ms. PacMan arcade game and a massive new bar with lots of seating all around it. There’s also room for patio seating on the building’s east side, and the patio is accessible through retractable garage doors. Hatfield said he’s open to inviting food trucks to serve patrons from his parking lot.

Hatfield said he’s still deciding on the hours, but most days, the bar will open around 4 p.m. It’ll close at midnight on weekdays and at 2 a.m. on Fridays and Saturdays.

It won’t be an ’80s bar, per se, Hatfield said, but he did want to fill it with 1980s deco furnishings and asked his wife, Cass, and his sister, Sumer Crane — who co-owns Central Standard Brewing along with her husband, Ian Crane — to find decor that would work.

They come up with some fairly epic pieces, including a purple table and four paint-splotched chairs commissioned in the 1980s that the pair found in Kansas City, and a framed Patrick Nagel print reminiscent of the cover the artist designed for Duran Duran’s 1982 album “Rio.”

A table custom-made in the 1980s is one of the ’80s deco pieces that fills the new bar Douglas Social. Denise Neil The Wichita Eagle

Hatfield said that people who live near the bar — which is in the Douglas Design District not far from other popular businesses like The Donut Whole, Piatto, Reverie Coffee Roasters, Vora and The Belmont — have been stopping by for weeks and saying that they’re excited to have a new neighborhood hangout. He’s also heard from people in College Hill, where he lives.

He’s excited to see what his new customers will want from the bar, and he’ll follow their wishes,He said.

“I’m really curious to see what the neighborhood dictates this to be,” he said. “That’s what you do: You open up and you just see what happens.”

Stay tuned for updates regarding the opening of Douglas Social.

Since 1997, Denise Neil has been covering entertainment and restaurants. Diners can find information about local restaurants on Denise’s Dining with Denise page. She’s a regular judge at local food competitions and speaks to groups all over Wichita about dining. 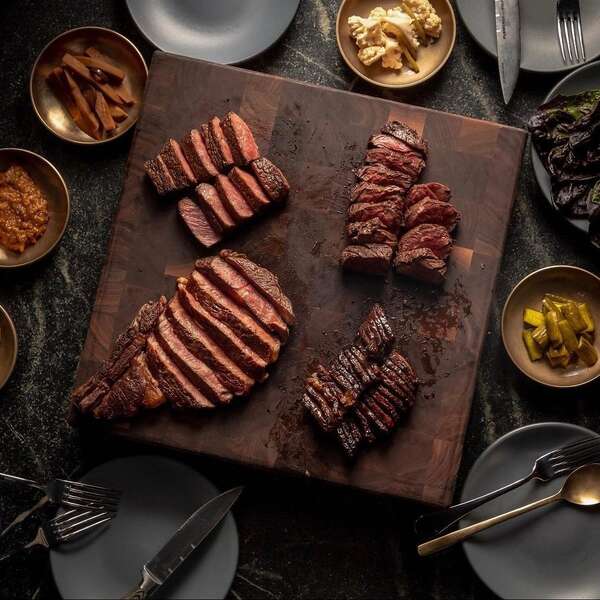