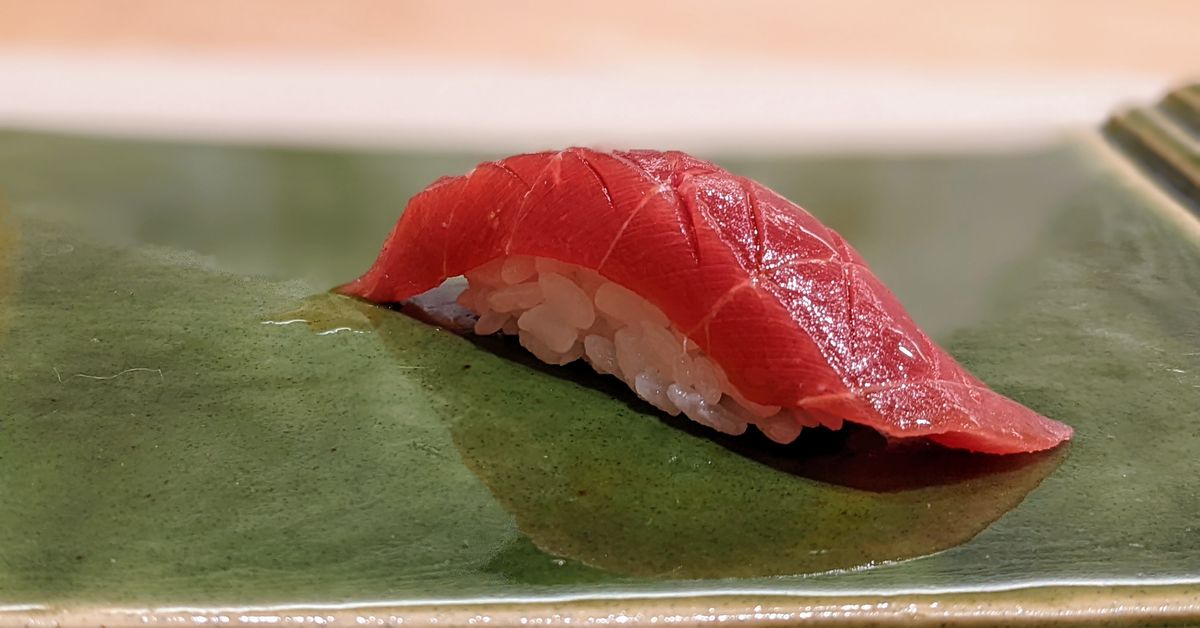 Many origin stories for sushi restaurants, particularly those that are Edomae-style omakase temples, where master chefs prepare exquisite cuts of fish from Japan, can be traced back to apprentices who were mentored by their mentors. Think Daisuke Nakazawa in New York City, who gained fame after striking out on his own after working at Tokyo’s Sukiyabashi Jiro. The origin story of Kogane, an omakase restaurant located in Alhambra’s strip mall, is much less compelling.

Chefs Kwan and Fumio Azumi met after working for a year inside the near freezing prep kitchen of LAX-C Seafood, one of Downtown LA’s many wholesale seafood purveyors, slicing upwards of 6,000 pieces of tuna and other fish a day destined for grocery store sushi platters. Both are skilled sushi chefs. Azumi has worked at Sushi, Asanebo, Mori, and Sushiof Gari. Kwan was a chef at Sushiof Iroha in the Valley.

Kwan and Azumi were forced to close their sushi restaurants by the pandemic. They found themselves in the harsh cold, cutting fish for the masses. Both chefs believe that this tribulation brought them together and led to a partnership in opening Kogane. “We were breaking down fish during the pandemic. It was crazy hard work because it was crazy cold in the room. Though other chefs were coming and going, only me and Kwan stayed there for more than a year,” says Azumi. 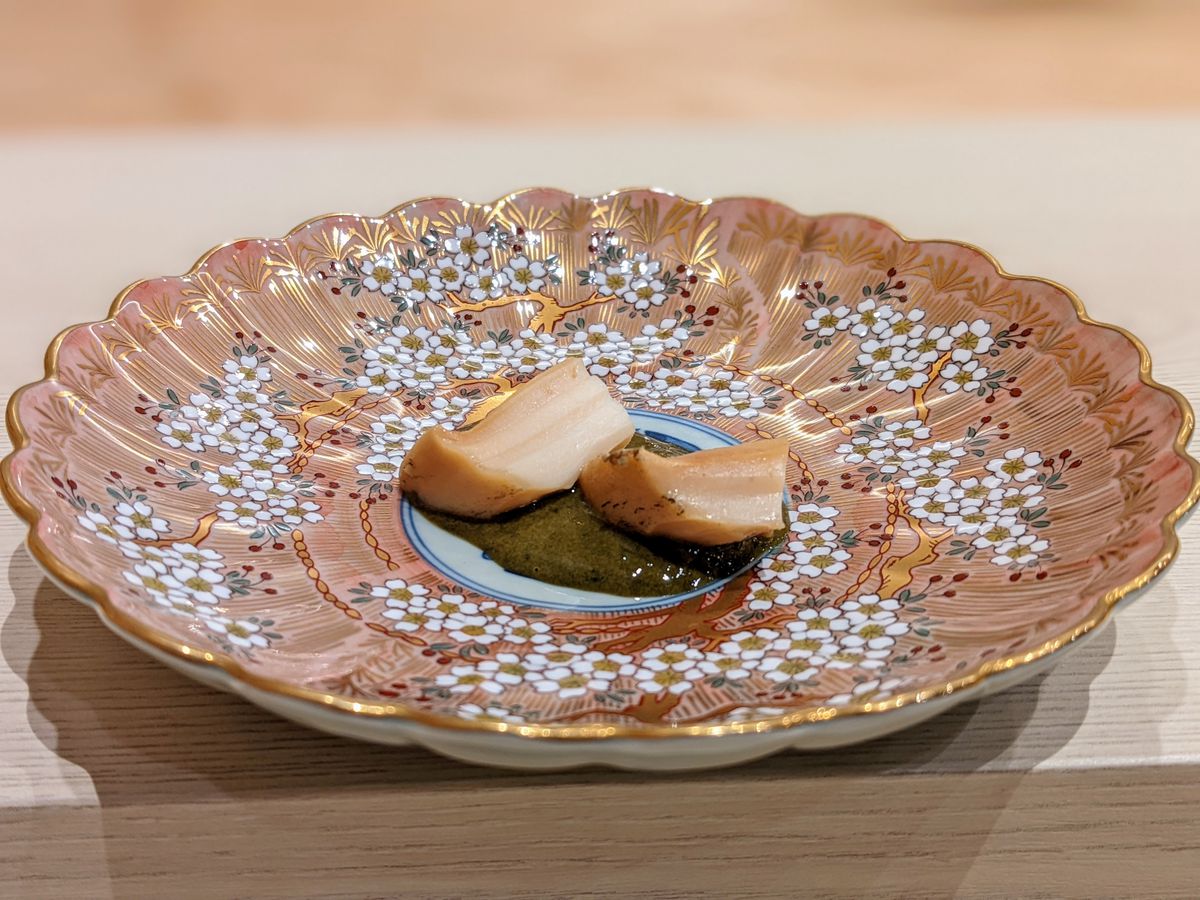 Kwan, a Jakarta-based Indonesian national, found an investor to finance the construction and opening. Azumi brought his extensive experience with LA sushi and training in Edomae. After a year of construction, Kogane finally opened in a former poke shop with seven seats and a few tables.

Customers must walk from their parking lot into a strip center with a WingStop or Jamba Juice and Subway to get to the front door. It’s not the kind of place one would think of to drop $300-plus on raw fish, but this is Los Angeles, and its sushi destinations occupy unlikely contexts. Servers welcome customers and offer a selection to drink with their meal. In the evening, there’s no menu, just a fixed tasting of prepared plates and mostly nigiri sushi, numbering more than 20 courses overall. Azumi takes the lead on the left while Kwan handles the right, explaining dishes and leading eager diners through one of LA’s most impressive new sushi experiences. 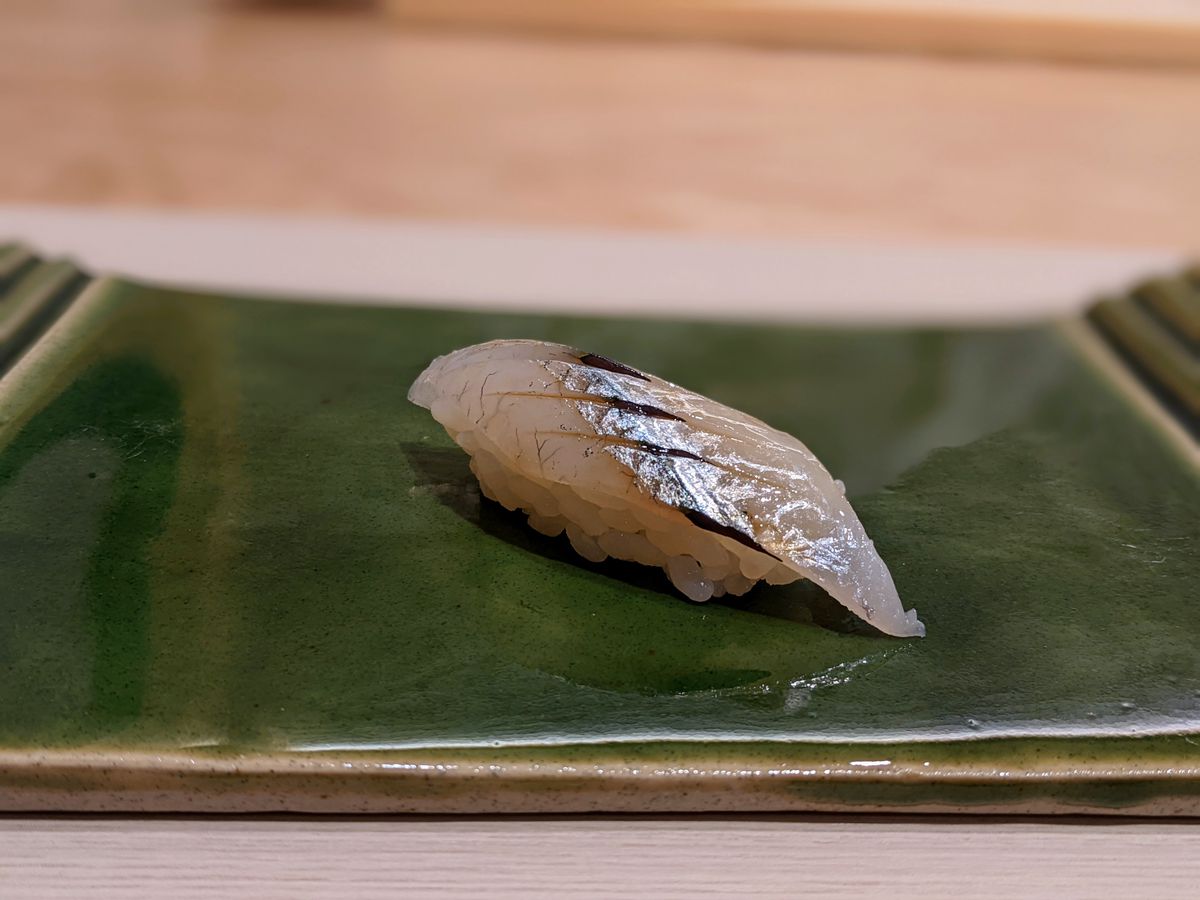 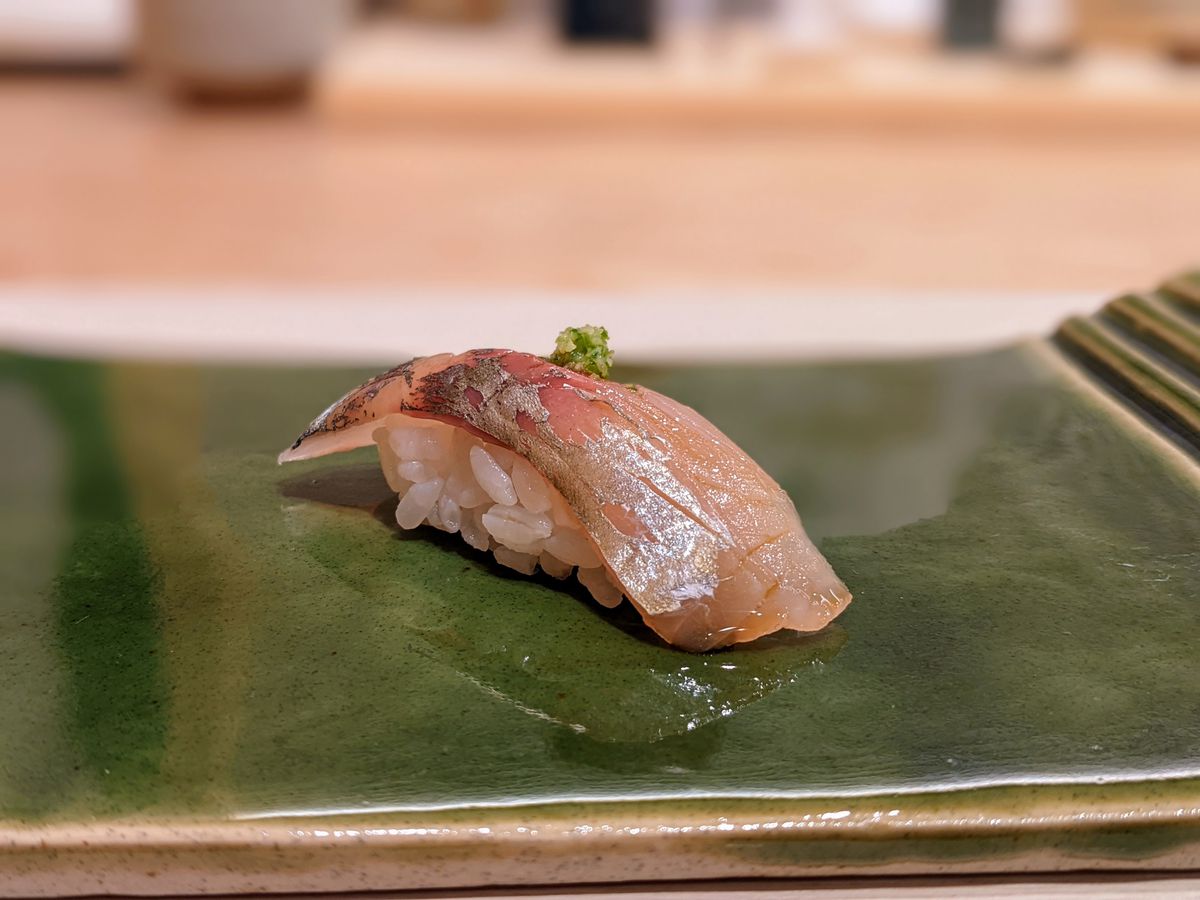 Azumi explains that Omicron was subsided, and indoor dining was not interrupted by local safety guidelines. This meant that Kogane would receive consistent service. “We are lucky. A lot of people stayed home, but dining service was still open during that time [the first few months]. So for us, the timing was perfect,”He says.

Azumi answered a question about the differences between Hong Kong and Los Angeles. He said that Americans prefer stronger tastes. “Though there are lots of Asians in Alhambra and South Pasadena, the difference is that, in Hong Kong, customers prefer things with texture, like shellfish and clams,” says Azumi. Another thing that makes this so unique is the range of soy sauces they have to choose from: a lighter seasoning made using dashi, to a medium-strength soysauce mixed with sake, dashi, or a stronger soysauce which is mixed in mirin for maximum flavor. 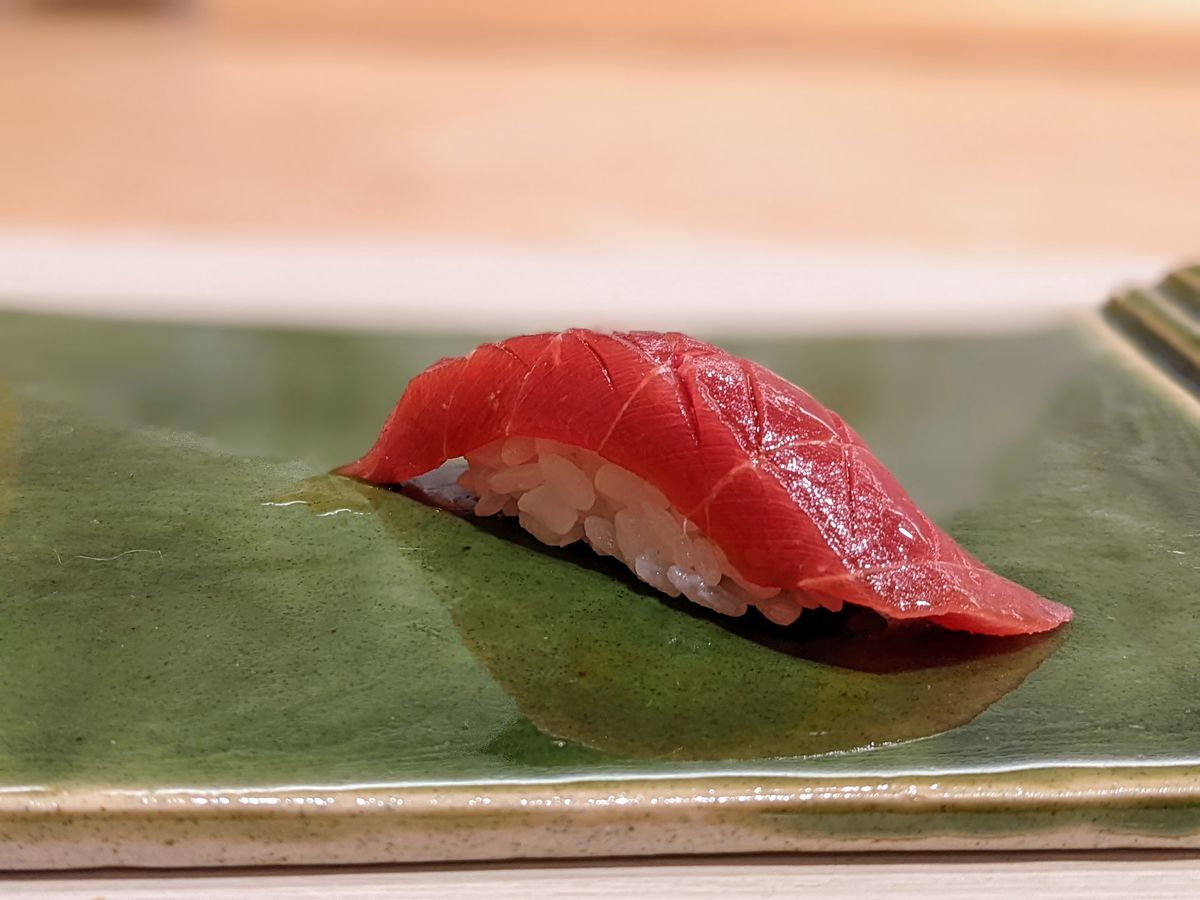 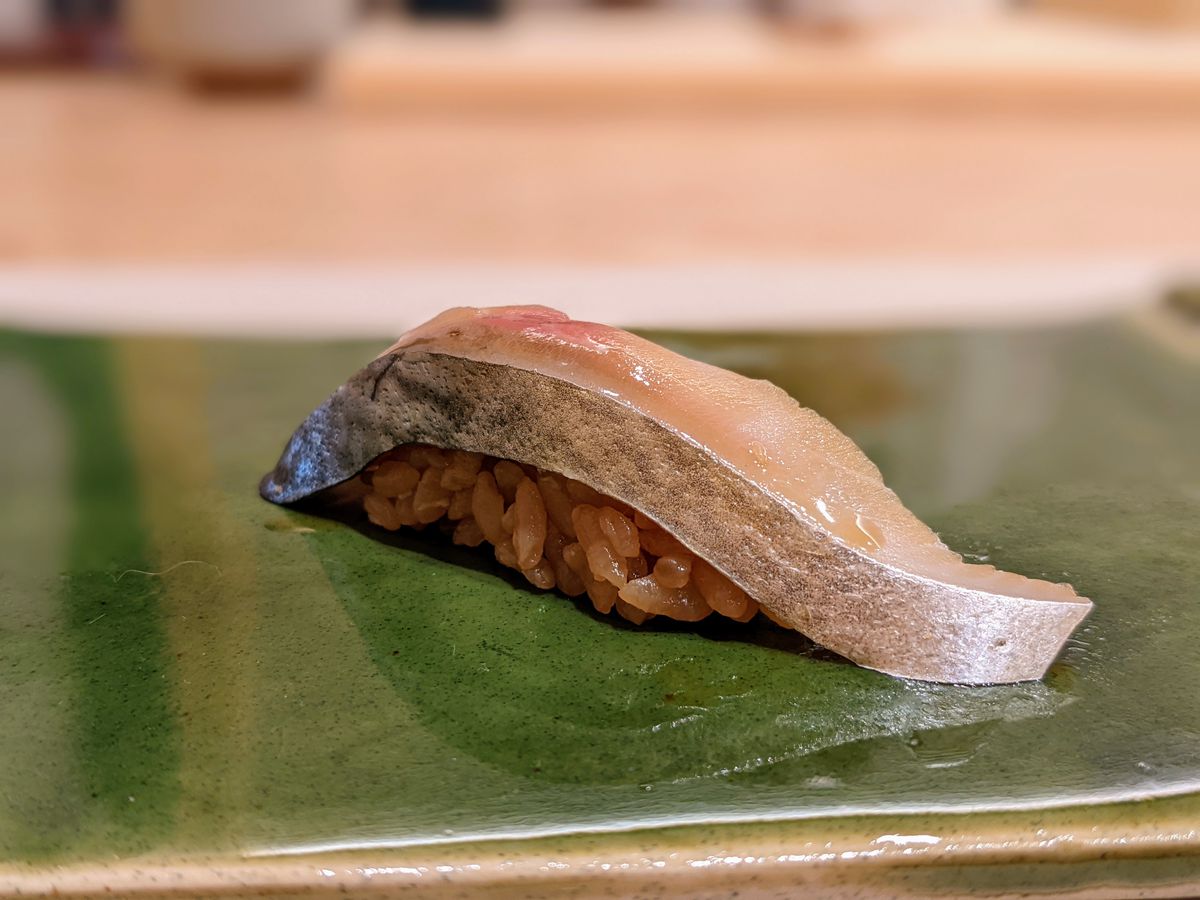 Start the evening with appetizers. A gently cooked abalone is served on an elegant filigree plate with white blossoms. The small portion looks great against the large saucer-sized meal. A trio of sashimi with dry-aged bluefin Chutoro, king mackerel and raw clam are also served on a textured plate. However, there is less decoration. The nigiri begins: first, with lighter seabream and delicately shaped needlefish. Before the aji Spanish mackerel comes in, there is a short interlude with sliced octopus. The shari (or rice) might be considered to be on the more intense upper range of seasoning but not overwhelming.

Azumi keeps the Japanese rice alive with a cross-sliced strip of squid, kanpachi, and another interlude of candy-like sumika babiesquid. The tuna nigiri is followed by the first portion of akami, which is a slightly leaner, but still very well-seasoned, before the rich, fatty, o-toro arrives. This rice uses a different, more seasoned rice. The more seasoned rice is served first, with two interludes. The first is a knob made of fresh tofu, topped with Hokkaidouni and a pinch of grated wasabi. Then there’s a simple spread of seasoned salmon roe ikura. 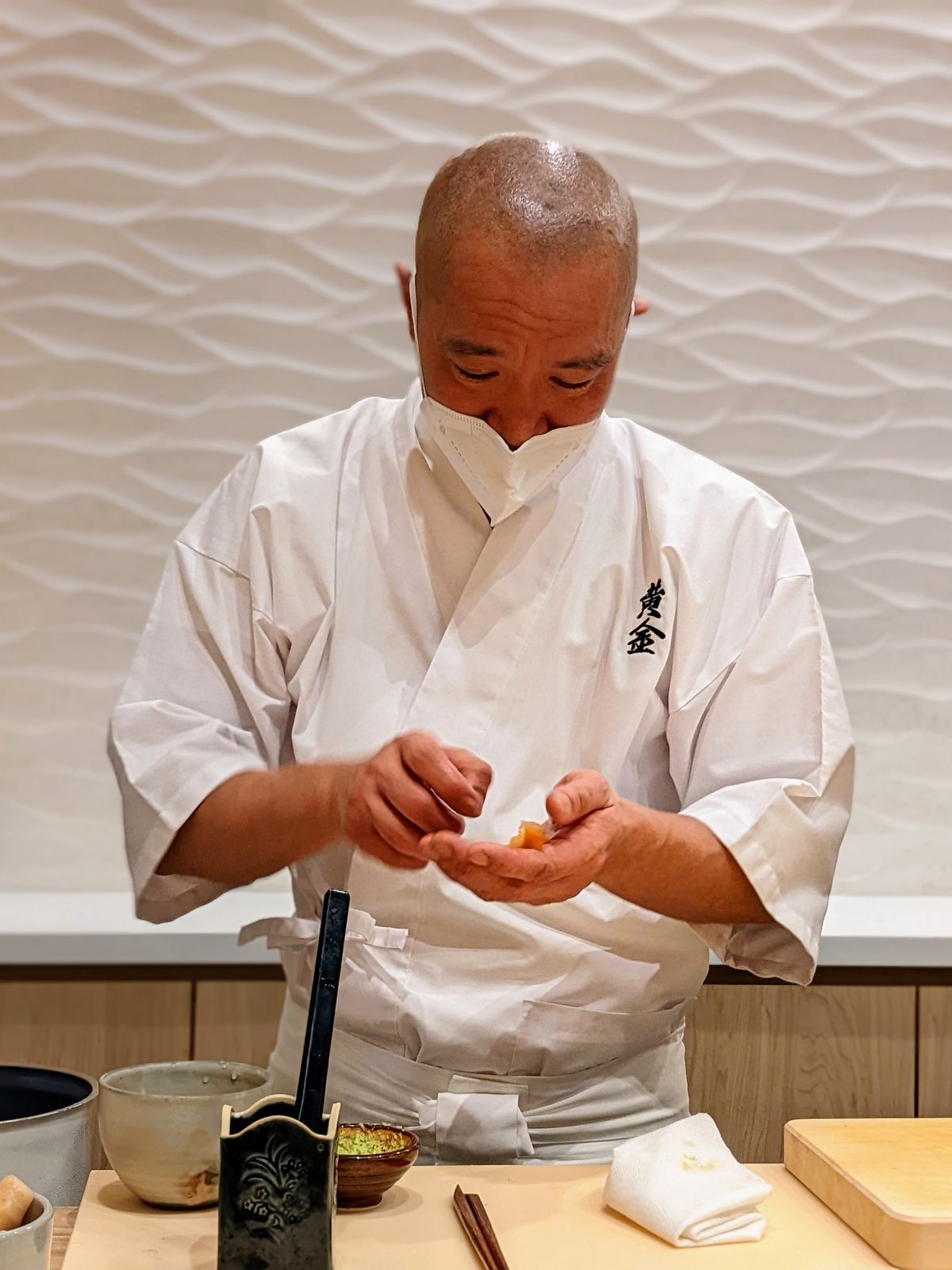 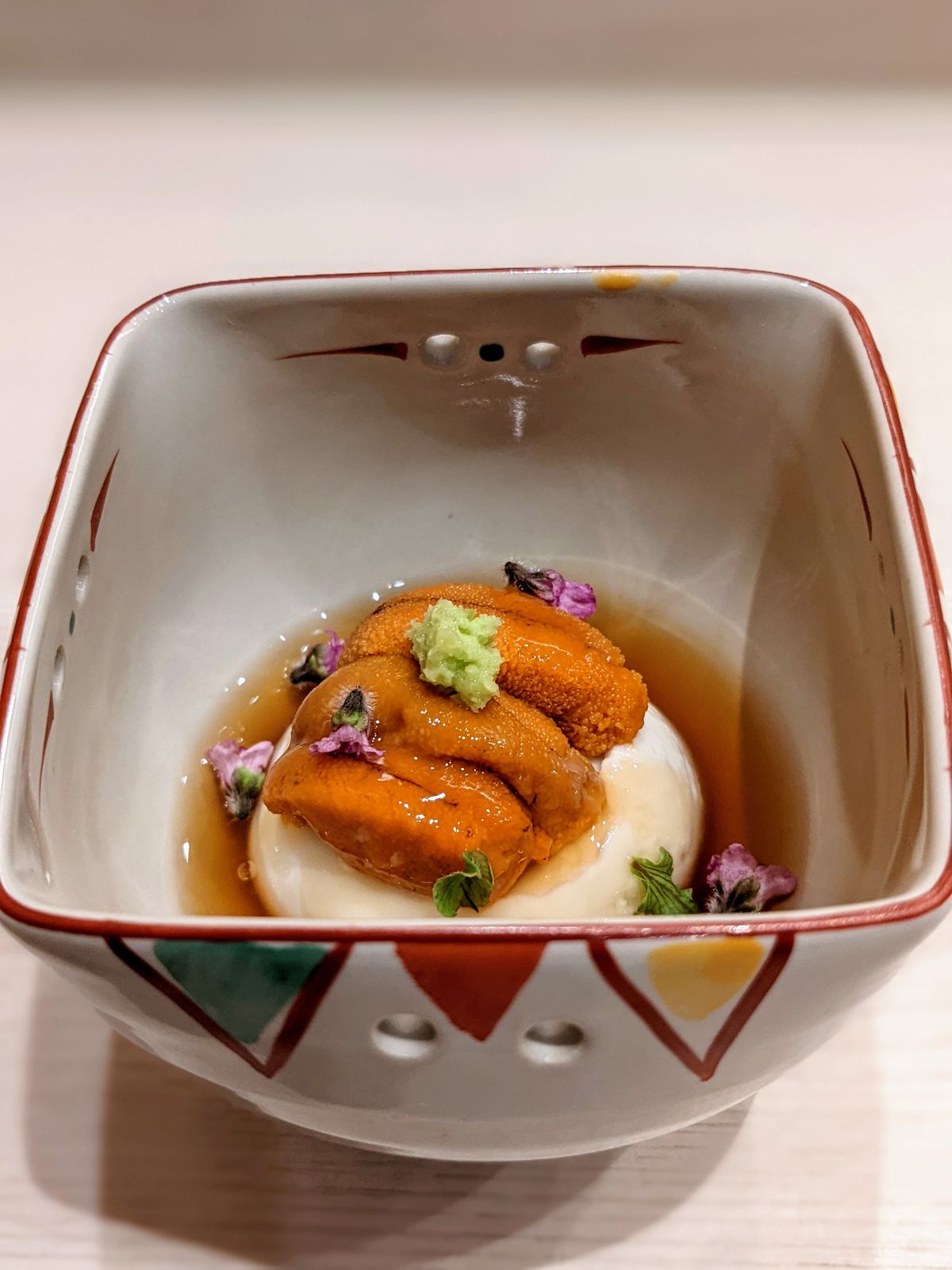 The final courses include a Kagoshima shrimp served with richer rice. This rice has a darker tint and a binchotan seared nodoguro (or blackthroat seaperch). A large, folded piece made of seaweed, stuffed with San Diego saltwater eel roe, is followed by anago or saltwater fish eel and then a soft tamago. For dessert, a black-seme ice cream scoop and a single strawberry slice.

The very talented Kwan says he’s still learning the way of Edomae sushi from Azumi, who has more history with the style. Kwan came to America in 2015, while Azumi has been making sushi for over two decades. The duo offers a $250 dinner for 12-14 people, with one seating at 5 :45 and another at 8.15. There is also a $100 lunch special, which will place people at both the bar and at the tables. Kwan and Azumi are thrilled to be able to serve this sophisticated style of sushi. This is a far cry for their time in near-freezing conditions when they used to cut fish. While the sushi couldn’t be any more different, the camaraderie and trust they developed led to the opening of the San Gabriel Valley’s most exciting new restaurant. 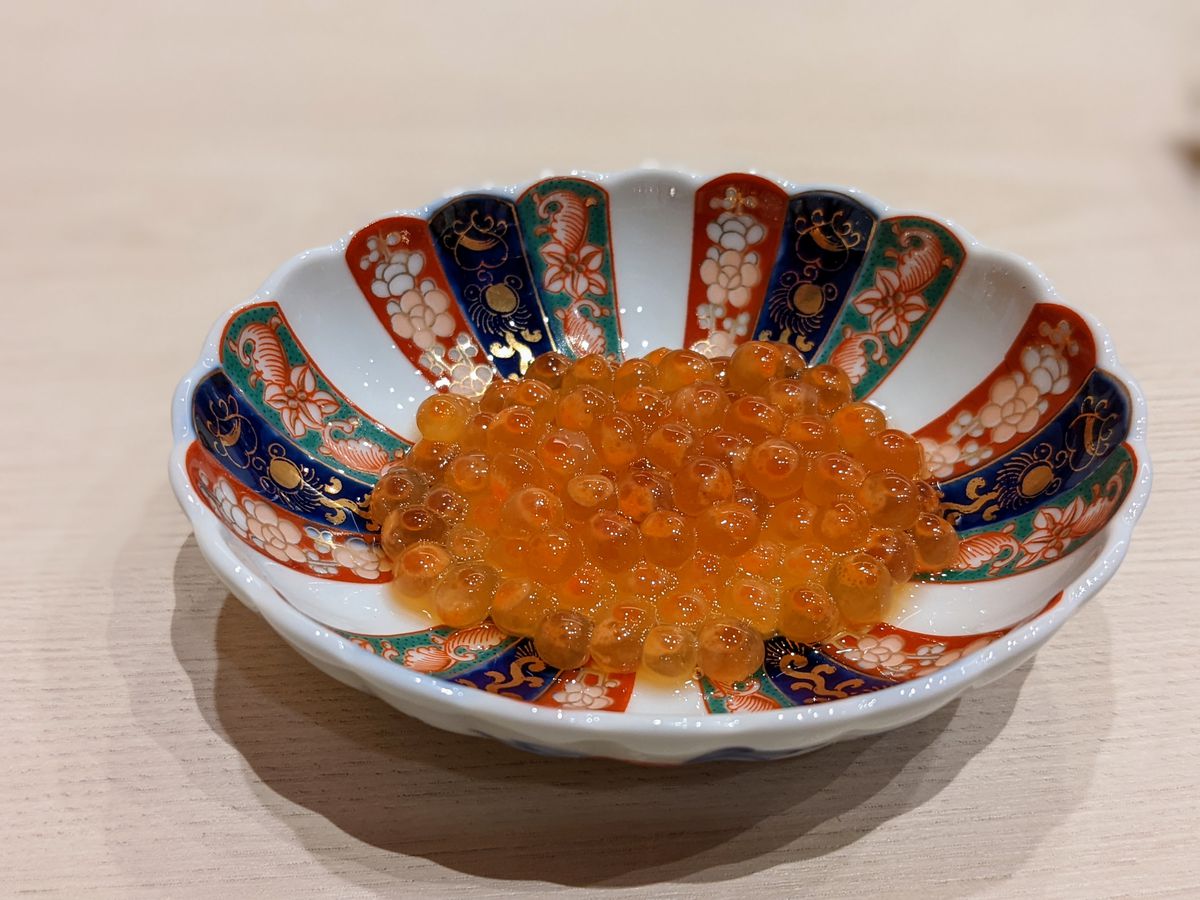 Salmon roe and ikura in a colorful bowl 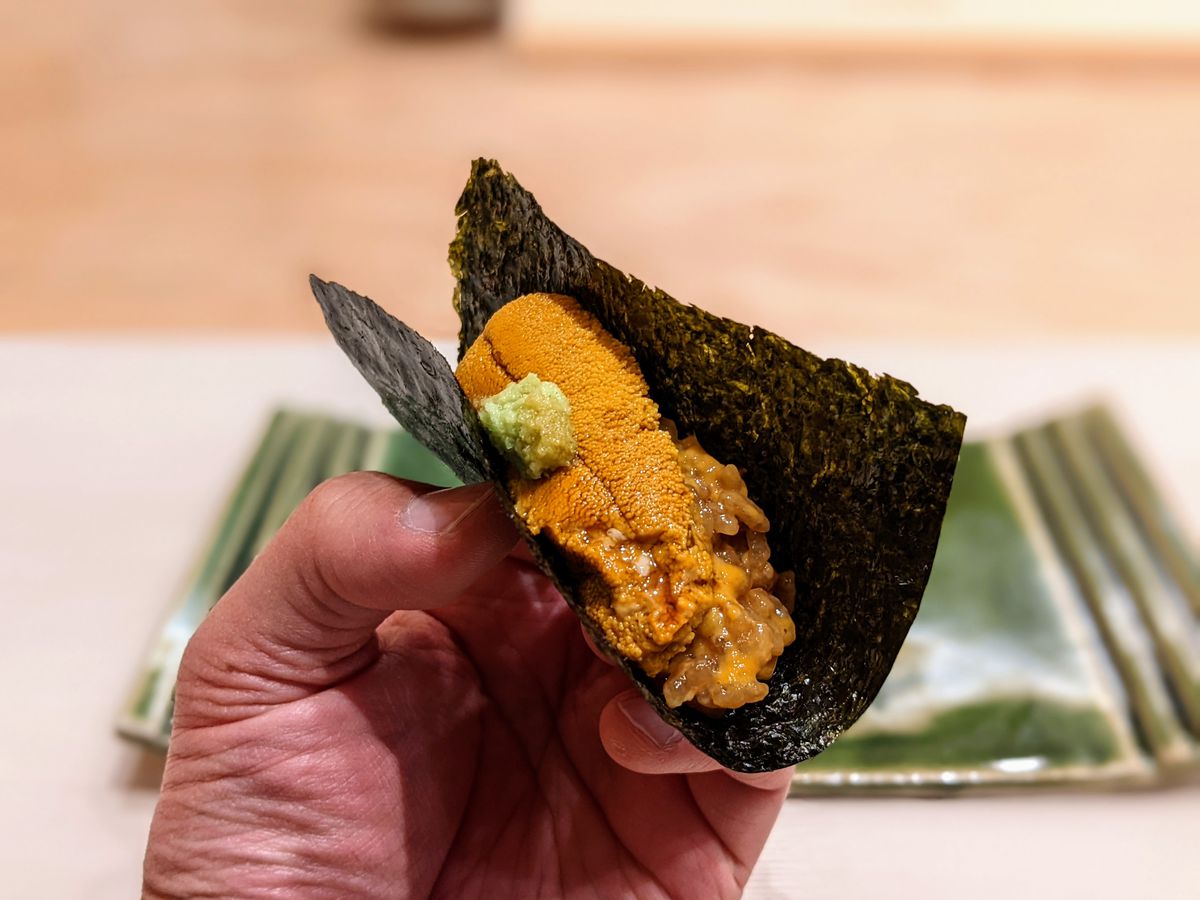 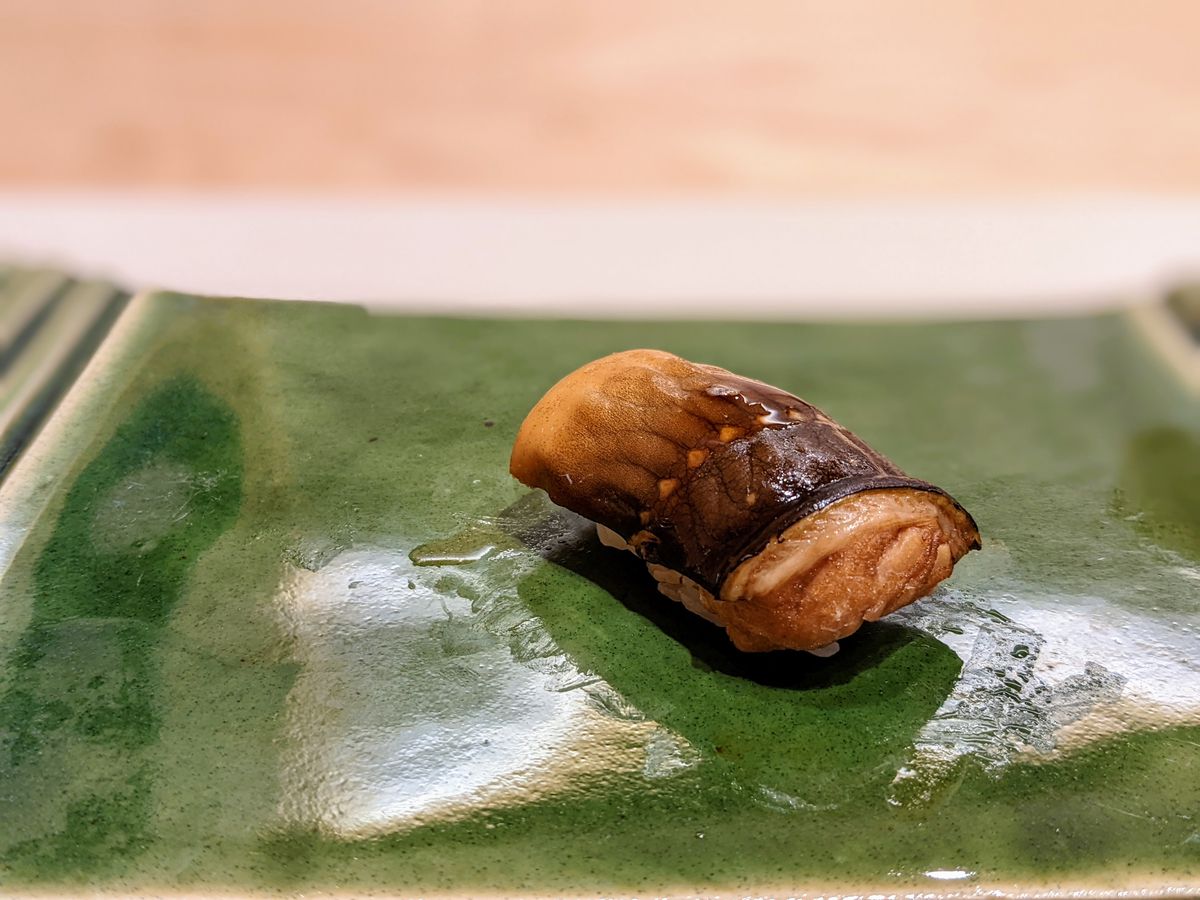 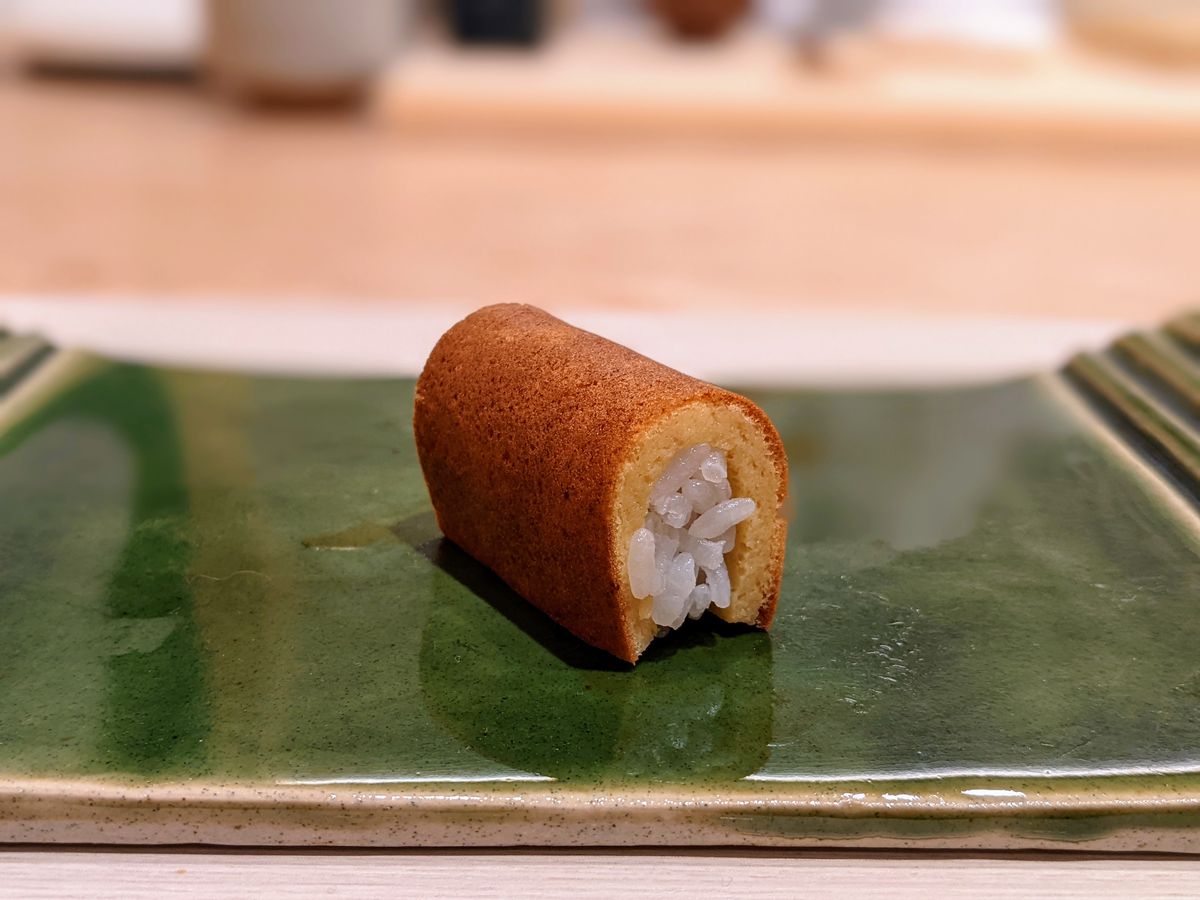 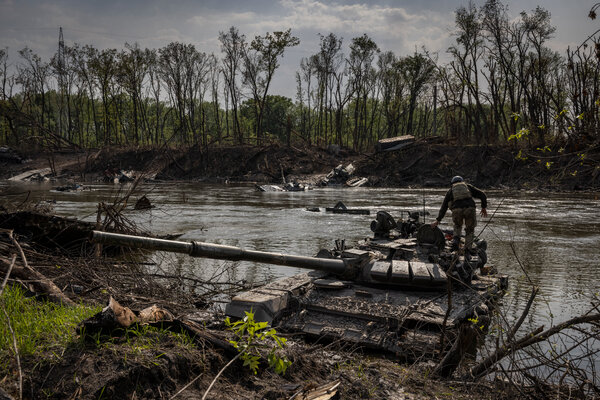 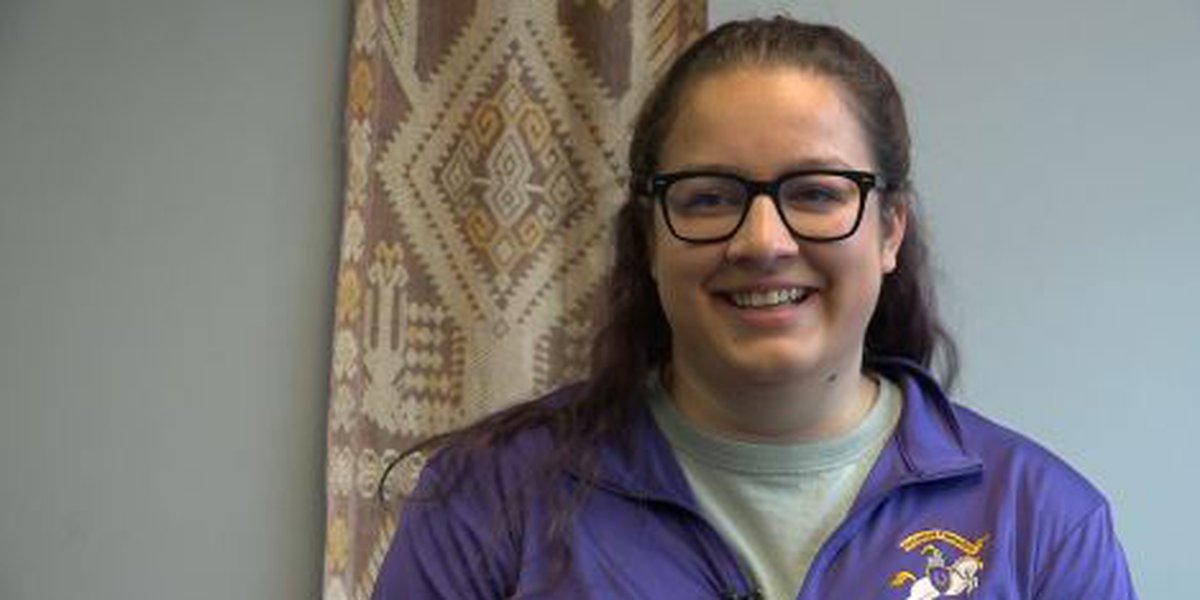 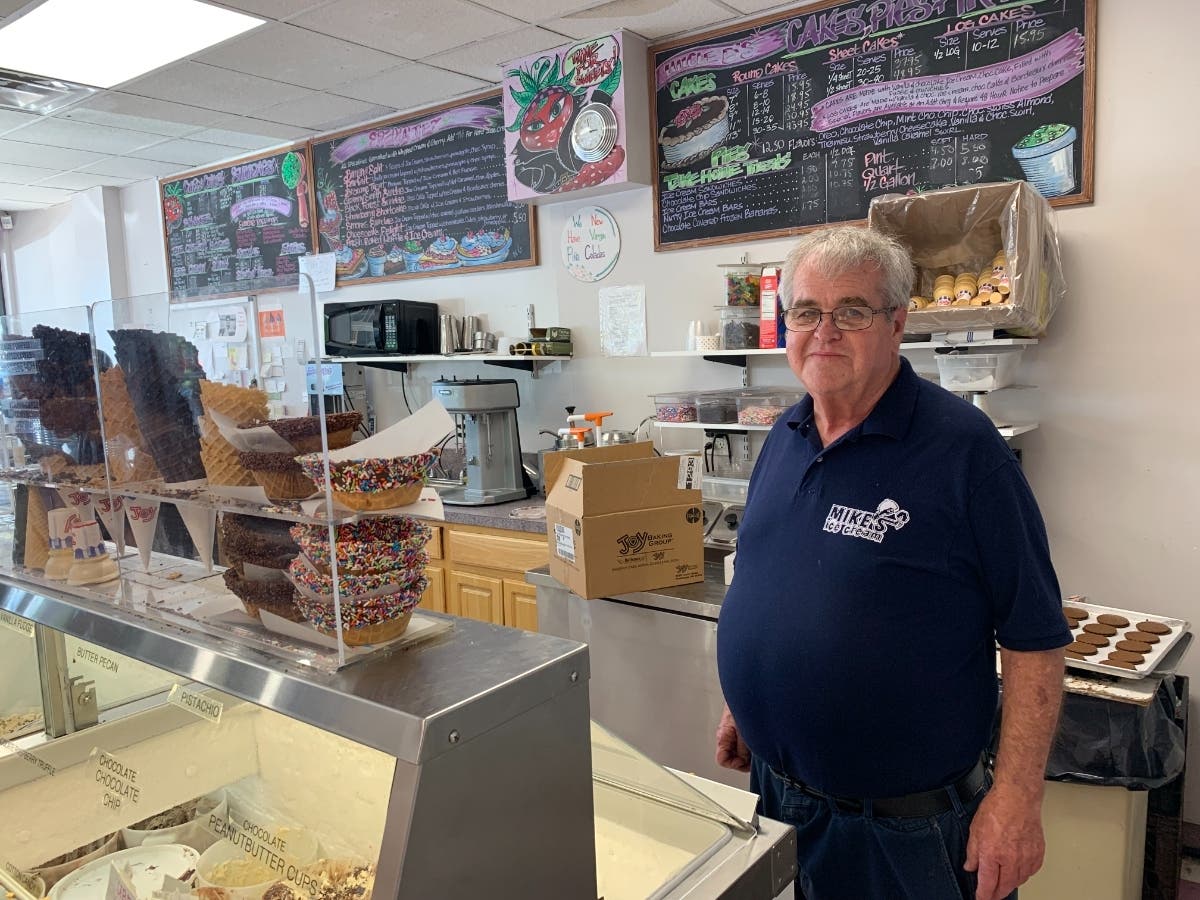