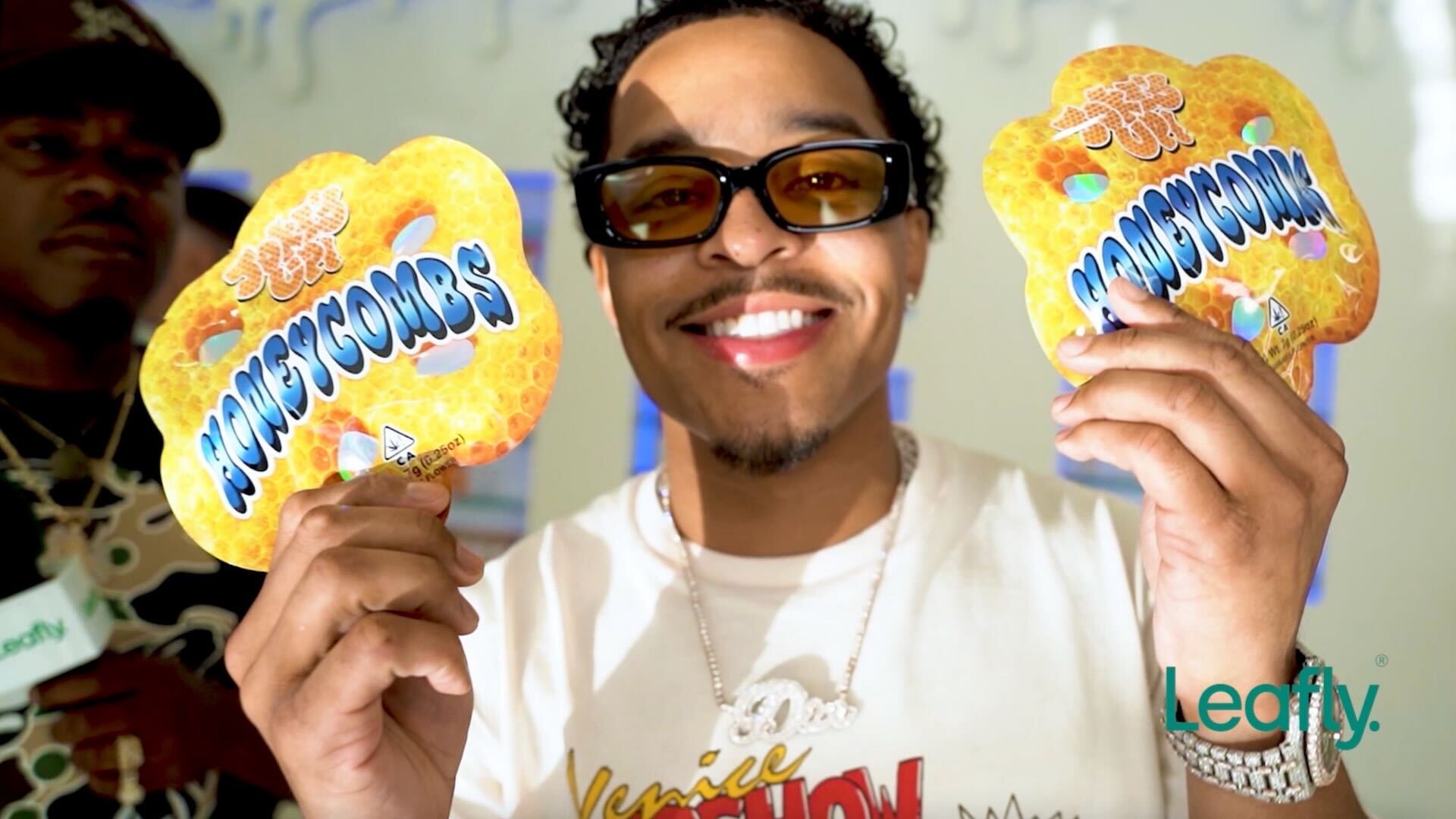 Leafly rolled up and reviewed LA’s newest pot shop, including exclusive Joke’s Up strains from across the country

“The trap is finally open!” said Joke’s Up CEO Yung LB seconds before his new Joke’s Up Ice Kream shop opened its doors Saturday (June 18). The Studio City Ice Kream dispensary first opened in April 2021, but recently partnered with the man that popularized Runtz to become home base for the Joke’s Up brand’s national stable of products.

The new venture’s grand opening was also the big debut for some Joke’s Up products, including Yung LB’s first solo strain, DNA. 50-plus national brands currently partner with LB for access to Joke’s Up’s marketing, licensing, and cultivation services. The shop’s opening was the first time many members of the Joke’s Up family tree were able to unite in person since the movement took root during the pandemic.

LB cut the Ice Kream shop’s opening ribbon decked in a ganja-green jacket, with his lady and business partner Queen Pee beside him. Her Pwincess Cutt strain also made its debut on Saturday (check Leafly’s first toke review of that and more strains below).

Other influential figures on the scene were Trinidad Jame$ from Atlanta, PnB Rock from Philadelphia (who gave us his Kandy Lane strain), Bad Boy prince Justin Combs (whose Honeycombs cultivar could become an empire that makes his poppa Diddy proud).

Keep reading for the debut review of the Joke’s Up Ice Kream dispensary in LA, plus strain reviews of the new Joke’s Up Ice Kream flavors we grabbed, including DNA by Yung LB, Justin Combs’ Honeycombs, Queen Pee’s Pwincess Cutt, Kandy Lane by PnB Rock, and Zashimi’s Laughing Gas.

To fully appreciate the Joke’s Up Ice Kream dispensary, you have to understand the Joke’s Up movement. Joke’s Up founder Yung LB became a strain star as the face and marketing muscle behind Runtz. The brand became so popular it was named the Leafly 2020 Strain of the Year, thanks in large part to LB’s guerrilla marketing of the product.

28 grams of game: How Runtz’ Yung LB smoked the industry

While sharing the Runtz empire with his co-founders, LB started building the Joke’s Up roster to empower legacy operators across the country. The brand is now a legitimate pathway to the legal sector for brands such as Sharklato and Real 1 (Atlanta), and New York legends Styles P and Steph V (Certz PCF, Luca Brasi (GUMBO).

The vision for the Joke’s Up Ice Kream store came from LB’s partner Queen Pee. “I door knocked until I found Ice Kream and met (the owner) Scott,”She said. Scott was told by the Queen that her Pwincess Cutt variety was already a top-selling cookie at the Cookies store. But she didn’t just want him to carry her brand. She wanted Scott to buy into the vision of a partnership between Ice Kream and all of Joke’s Up.

“I was like, ‘This is the most powerful move you guys can do. Because Ice Kream has this facility with 75,000 square feet for cultivation, and LB is a marketing genius.’ So here we are.”

Saturday’s Ice Kream menu included a handful of Joke’s Up debut products. We left with 7 gram bags containing Kandy Lane, Honeycombs and DNA, as well as 3.5 bags of Laughing Gas. Here’s what we thought about the overall product selection, pricing, and customer experience.

The Ice Kream menu isn’t limited to Joke’s Up products. There are many options for staple flower providers such as Compound Genetics or Runtz. You can also find edibles (Cosmic), extracts(STIIIZY and Nasha), tinctures (“Aura SF, Care by Design”), and pre-rolls in large quantities.

A shopper checks out at the Joke’s Up Ice Kream Dispensary grand opening. (Amennu McGruder / Leafly)

The deal hunters will gravitate to Zashimi’s half-ounce smalls for $125, and Ice Kream’s homemade batches which go for $40 per 3.5 grams. Brands like Compound Genetics and CBX Cannabiotix can fetch high-end buyers as low as $60 per 3.5.

Located in a charming Studio City shopping center, the dispensary stands out to traffic thanks to a Joke’s Up billboard directly above it. Customers are welcomed into a creamy, all-white interior that features modern display cases and tablets for ordering. It feels more like an Apple Store than a trap.

The neon accents and signs add a touch of glamour, while the friendly budtenders offer a personal experience and order tablets allow each customer to place orders. Ice Kream-branded basketballs and bikini’s were a nice final touch for the merch heads.

After the grand opening, we grabbed bags from every brand we could get our hands on and spent Father’s Day and Juneteenth weekend smoking through them to see which star-backed strains live up to the hype.

The man who put the world onto Runtz and dozens of Joke’s Up brands finally dropped his own solo pack.

DNA is a light and smooth smoke that isn’t heavy on the lungs and delivers a mellow Zaza high that’s both calming and invigorating. This is the perfect strain to start the morning, or to smoke throughout a busy day without going too heavy on your lungs or eyelids. Breaking up the soft but crisp nugs is easy, but the dense trichomes will leave their mark on your fingers if you don’t use a grinder.

The packaging and DNA Emoji are great branding moves that will keep the strain popular for many generations. We also visited the Joke’s Up cultivation that is growing DNA and saw the raw buds up close, but LB and his team would not reveal the specific genetics behind this exquisite smoke.

Justin Combs has the keys to pop culture in his bloodline, and his new Joke’s Up strain has the juice to carry on the Combs tradition. This brand and flavor has huge pop appeal. The packaging is perfect as well.

The sticky, thick nuggets have an earthy piney smell when they are broken down. But when lit, a Wedding Cake-esque aftertaste takes over, giving smoker’s a sweet surprise. You should be prepared for some munchies and a rest. But if you like sweet and syrupy cultivars that aren’t too fruity or gassy, Honeycombs is right at home with Wedding Cake, French Toast, and Georgia Pie in your sweet tooth collection.

This strain is for smokers who crave sweet candy rain. The THC-coated buds have a dark and dense appearance that’s crunchy to the touch. The buds have soft, long orange hairs that give off a sweet citrusy note when broken.

When smoking, the citrusy smell and taste is also evident. This is alternating with a sweet juicy berry aftertaste. The high is not sleepy but relaxed, which allows for deep reflection and intimate conversations.

PnB Rock, a Philadelphia rapper who mixes soft melodies and heavy subject matter, is a good match for the Kandy Lane strain. His home state is closer to legalization every day, so he could soon be offering this sugary high in the East Coast.

Queen Pee explained to me that her Pwincesscutt brand was created during the pandemic, when she traveled the globe with LB. “I was always in the e-commerce industry,”She explained. “I do marketing for Fashion Nova, so I always wanted to market a (weed) brand for girls. The packaging (in weed) to me has always been rough–I’m always wearing pink and shit.”

Queen Pee wanted to create something delicate and magical when you open it up and smoke it. “So I crossed High Octane with Super Sherbert,”She spoke. “And I wanted that feeling where you can let your barriers down and just start drawing, or if you do numbers, do crazy numbers. Keep your focus on what you’re doing, but get creative with it.”

Next is the Queen Pee strain. It is not as high-end as Pwincess Cutt. “You’re spending about $80-$90 for an eighth for this, but for Queen Pee will be more $40-$50,”She told me. She also wants to create a Wedding Cake strain “that makes you feel sexy and in the mood,”Plus has plans to develop CBD lines in the near future.

But let’s not forget: What does Pwincess cutt smoke?

I saved a blunt for last night to share with my special lady and was amazed at how well the product lived up the to its packaging. The pink and blue diamond-shaped bag foreshadows the buds’ diamond-encrusted exterior. The sweet, fluffy cotton candy notes are a pleasant surprise. Queen Pee delivered on her promise of anxiety-reducing effects. My lady and I unwound after a long day of laughing at the TV, and felt luxurious.

This isn’t our first time encountering Laughing Gas in the field this year. Much like Boo J’s Laughing Gas by Apple Monkey, Zashimi’s Gas is a diesel-y delight that will have you laughing your ass off for hours.

Bred by Zeki genetics, pumped by comedian Joey DiazLaughing Gas fills the modern void left behind by classic uplifters such as Sour Diesel or Headband. Zashimi’s Laughing Gas has a darker hue than other versions of this strain we’ve encountered. But it delivers the same amount of pressure we’d expect from the name. This strain is great for having fun with friends or for powering through long hours of work with enthusiasm.

Overall, I was blown away by the products and presentation that Joke’s Up and Ice Kream were able to execute. Some canna-suers and purists will hate that the Joke’s Up menu caters so well to everyday smokers instead of weed snobs. But a lot of consumers just don’t care about terps, THC levels, and strain types. They want reliable Za with a little variety. And each Joke’s Up offering we tested delivers exactly that.

The packaging names and colors accurately reflect the taste, smell, effects, and aroma of each product. This makes it easier for new smokers to shop. It’s a throwback to skipping through radio stations by genre hoping to discover your new favorite song. You know what you’re getting vibe wise when you tune into a certain station. You can also trust the DJ to surprise and delight you with new music.

Access for all is the future in legal cannabis. And the Ice Kream shop does a great job of providing a stable of options that satisfies all experience levels and desired needs, while also giving a platform to new and legacy brands that are ready to grow.

Based on our first toke, the Joke’s Up/Ice Kream partnership is not playing any games. From the energy I felt in the flesh to the packs I took home, I’m giving the whole experience two puffs up.

Mikhail Harrison, a New Jersey-raised, Trinidadian content producer, has been a cannabis advocate and influencer over the past ten years. He works both behind the scenes and on camera to normalize the plant.

The latest news on Strains & Products

You will be signed up for Leafly’s promotional and news emails by submitting this form. Leafly also has its Terms of Service and Privacy Policy. You can unsubscribe anytime from Leafly emails. 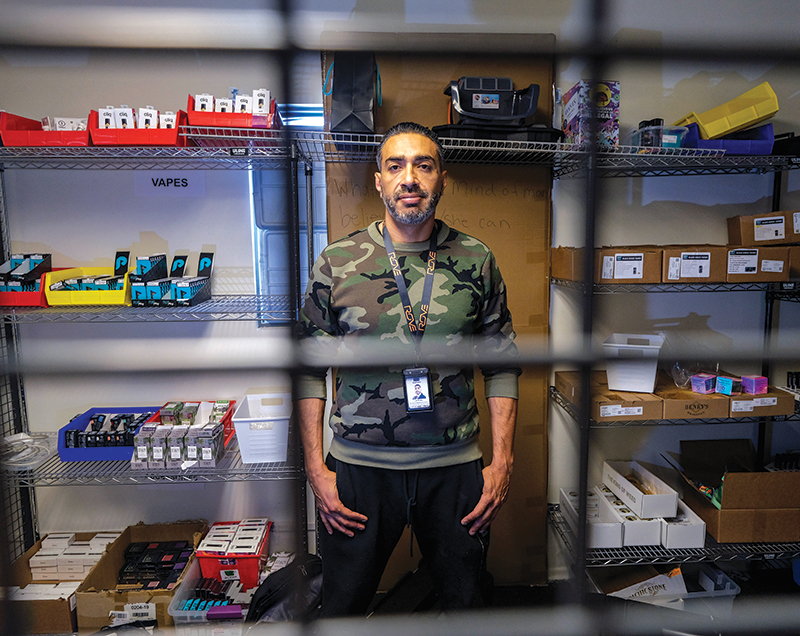 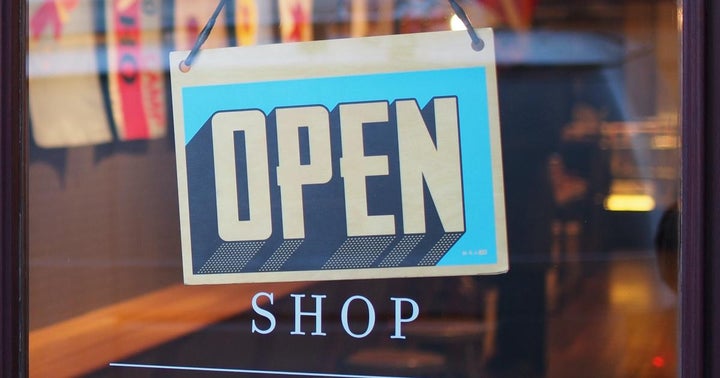 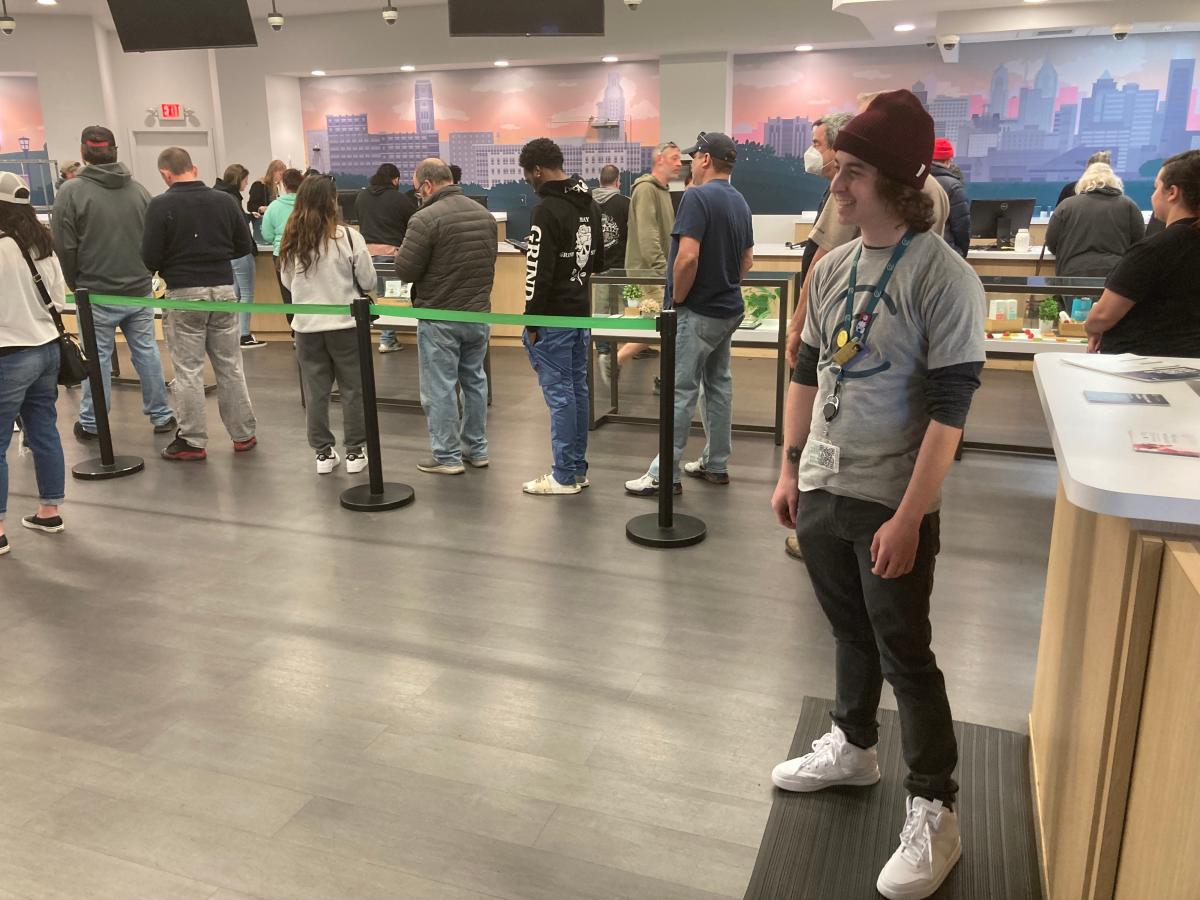 What I saw in line at a South Jersey marijuana dispensary