The House panel that investigated the Jan. 6 riot agreed to defer enforcement of a subpoena for information from a vendor who provides data and digital communications work to the Republican National Committee.

Wednesday’s House panel decision was to defer pursuing the records request until the RNC challenges it in court.

In an attempt to block the Salesforce subpoena it described as “illegal”, the RNC sued Nancy Pelosi, House Speaker Nancy Pelosi, and the Jan. 6 committee. “overbroad”A part of the a “fishing expedition”It could expose its strategy and personal information about its donors and members.

Tim Mulvey, a House committee spokesperson, refuted that description, stating in a statement that the Jan. 6 panel had. “issued a subpoena to an email fundraising vendor in order to help investigators understand the impact of false, inflammatory messages in the weeks before January 6th, the flow of funds, and whether contributions were actually directed to the purpose indicated.”

“This action has absolutely nothing to do with getting the private information of voters or donors,”Mulvey also added.

The February 23 subpoena sent to Salesforce requesting that the company hand over the requested information by Wednesday. In a joint filing in the Washington, D.C., federal court case Wednesday, the Jan. 6 committee agreed to postpone enforcement for two weeks to allow all three parties — the House committee, RNC and Salesforce — present their arguments to a judge.

The RNC has been vocal in its criticisms against the Jan.6 committee, particularly the two GOP lawmakers that make up the nine-member panel. Last month, the RNC voted to censure Reps. Liz Cheney, R-Wyo., and Adam Kinzinger, R-Ill., for their participation on the committee and their criticism of former President Donald Trump.

The censure resolution described Cheney, Kinzinger as “participating in a Democrat-led persecution of ordinary citizens engaged in legitimate political discourse.”Ronna McDaniel, Chair of the RNC, later called it discourse “that had nothing to do with violence at the Capitol.”

Dareh Gregorian works as a political reporter at NBC News. 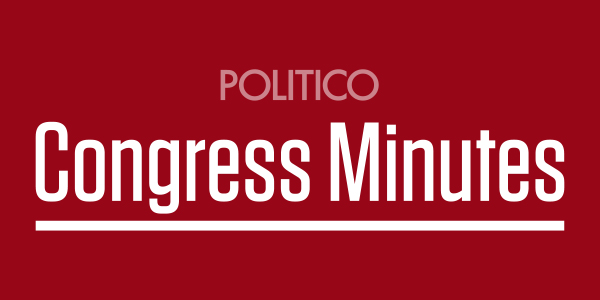 It’s a pretty common sight: children following their parents to Congress. Here are a few examples of some well-known Capitol family trees. – POLITICO