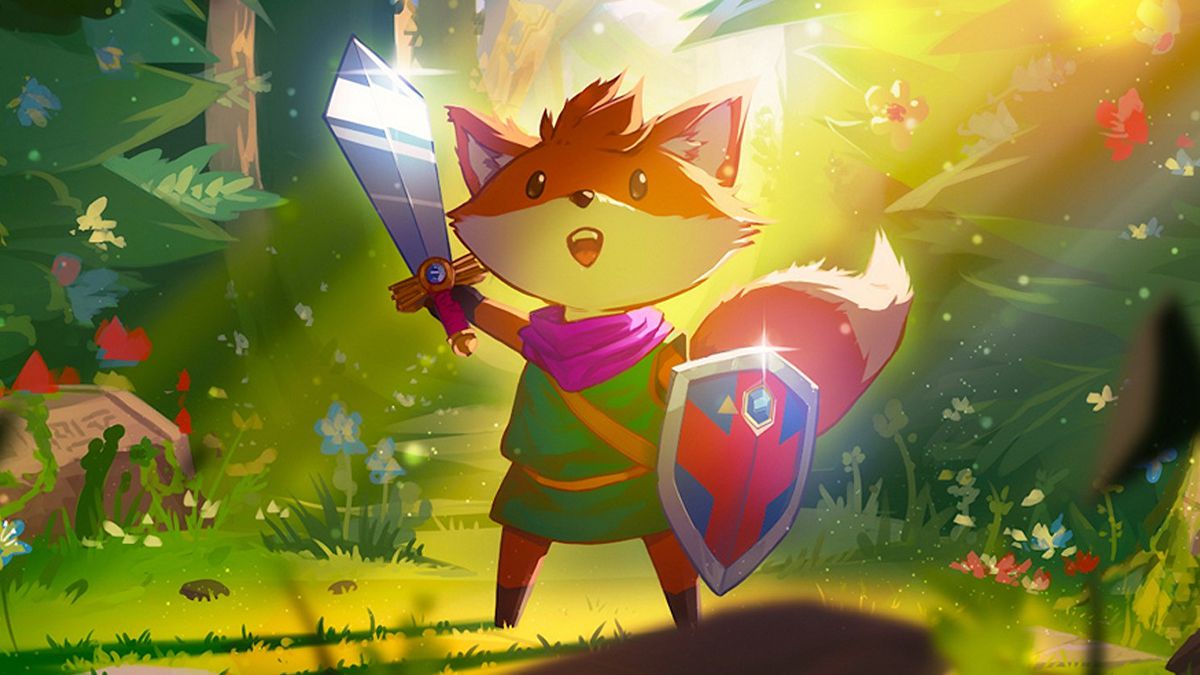 MAJOR Spoilers For TUNIC (both endings).

TUNIC is a game that clearly reflects the heroic quest adventures of the NES back in the days. Presented by the indie game studio, FINJI, you wake up on a beach as an adorable fox and set off to … well … you actually don’t know what you’re setting off to do. Over time you come to understand what’s happening via puzzles, clues, and learning how to check EVERY single inch of whatever area you’re exploring.

There are many reasons to draw comparisons with the NES Legend of Zelda. This game takes me back to the days when I’d play something with an instruction book, a pen, and a piece of paper to write down whatever secrets I discovered. If you find an intricate pattern on a curtain in TUNIC, it’s probably some kind of hidden message. If there’s a waterfall, you can probably go around (or through) it. Also, be prepared to find many, MANY paths tucked behind buildings, trees, treasure chests, bushes, and warp plates you could’ve been using this entire time.

The story is told without the use of dialogue. The game has its own language and an instruction booklet that helps you get a grasp of what’s happening around you. The story is not explicitly stated but you’ll find it easier to follow the instructions as you collect pages and explore new areas. The story continues until you reach the final boss. This moment completely caught me off-guard. Fortunately (I guess) you’re actually supposed to lose the first time, but this sends you into an entirely different quest to, um, restore your body? You have two options after you win: you can face the boss again or you can try to discover the secrets of the universe around you before you beat the game.

Now, Game RantYou should choose the regular ending first. Once you have the true ending, you are locked out of the others. Honestly, there’s no harm in doing it in this order, especially since you get the option to Retry so you can go and get what you missed. If you’re content with the regular ending, you can move on to New Game+ or, of course, stop playing the game, but I will say that the true ending is one of the most satisfying true paths I’ve played through in a while.

What is the regular ending?

While I was playing, I felt like I was supposed help The Heir. The Heir is a ghostly figure of an fox who appears to be trapped in a crystal. I’d assumed the goal was to get The Heir out. The Heir takes hold of a sword when you do this and proceeds to beat the crap out of you. This is the fight you’re expected to lose.

You are in the same ghostly state that The Heir was when you woke up on the beach. Now you need to go out and find the items you need to restore your body. You can then face off against The Heir once more have you done that? If you win, you get the game’s regular ending, which reminds me of the somewhat tragic endings of Hollow Knight. This is because you end up taking The Heir’s place and are trapped inside that same space forever – or until another adventurer sets you free, I suppose.

There’s a part in the instruction booklet that mentions that this fight has been going on and on forever, and by fighting The Heir, you basically just continued the cycle. Did I say? “regular ending,” I meant bad ending.

What is the true end and why is it so wonderful?

The true ending allows you to set The Heir free and allow them to regain control of their bodies. What’s really wonderful about this is that if you complete the tasks in order to get the true ending, you don’t have to fight The Heir at all!

The instruction booklet contains two pages that refer to the existence of two endings. “Take Your Rightful Place”This is the first, and it can be quite depressing as you end up trapped for life. The true ending is here “Share Your Wisdom,” which has you handing over the instruction booklet to The Heir to share what you’ve learned throughout your adventure. This breaks the cycle of fighting that’s been going on, and you literally get to watch these two hang out during the credits.

Finding all pages in the instruction booklet is the key to finding the true ending. This can be quite a daunting task. You will find the pages all over the world. Some are hard to reach, while others are not accessible until you get a new ability. Some pages will require a lot of puzzle-solving. Completing the instruction book isn’t just about finding the pages, you will reach a point where you actually have to read through it, pick up clues on the pages, and decipher codes – one of which is so lengthy that I had to have my wife read it out loud to me.

The game gives you the option of fighting or solving puzzles to get the best outcome. Although the Heir is a beast in combat, the last puzzles require a lot more brainpower. I adore that you get to pick which way you want to go – or you can do both!

The thing I love most about the game, is the fact that it does not end with you fighting the creature that was clearly in the exact same position as you. Instead of having an all-out brawl, which is the game’s bad ending, the solution is to simply share what you learned about the world, let them take it all in, and befriend them. It’s not very often that a game has the option to NOT fight the final boss. Even in endings where the final boss isn’t all that bad, in order to set them free, you usually have to defeat them in battle. Instead, you can puzzle solve, free your fellow fox, and, I’m not kidding, dance in a house together (among other things).

It’s a really wholesome reward after all the work you put into the game.

Do you have a tip that we should know? [email protected] 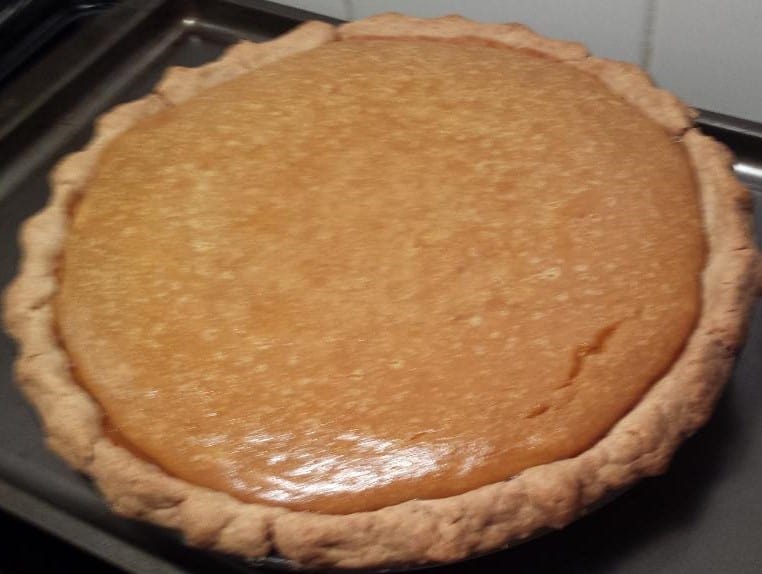 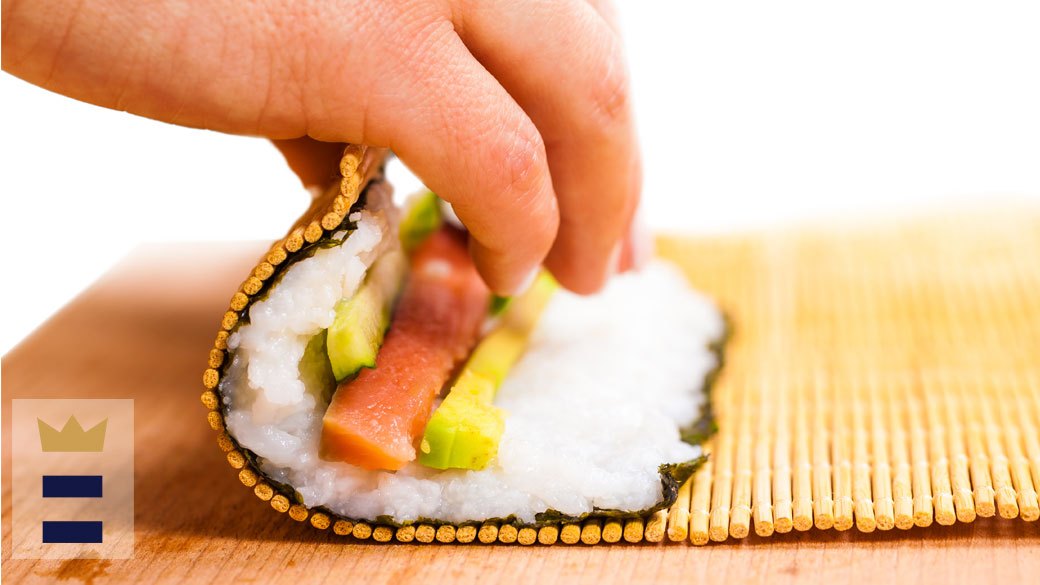 Highest-rated sushi restaurants in Dayton, according to TripAdvisor