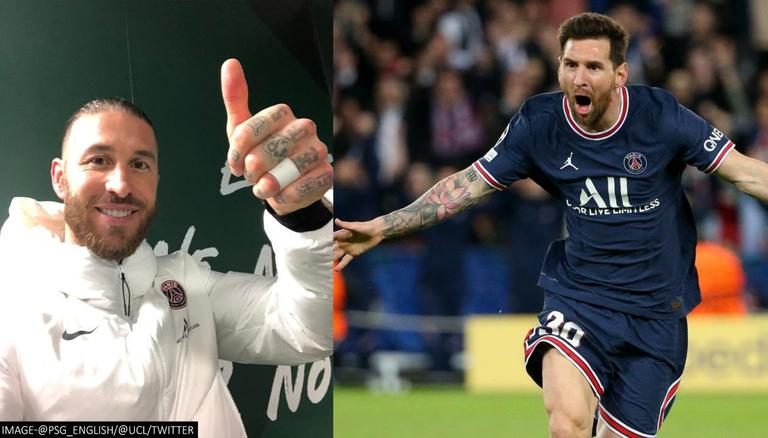 Paris Saint-Germain did the impossible this summer transfer window by bringing together two of their fiercest rivals, Sergio Ramos of Real Madrid and Barcelona’s Lionel Messi. Although they had been in conflict on many occasions in aggressive El Clasicos, both players stood shoulder-to-shoulder in the PSG team on Sunday. After three assists from Messi, and a strong defensive performance from Ramos, PSG won the match.

After the match, Ramos said something that many fans and pundits found hard to believe at first; he advocated for Messi to win the Ballon d’Or for a record seventh time. He stated that he will defend his team’s players and wished the Argentine all of the best. Ramos stated that Messi is in good condition, can make a real difference, and is an ‘unique player’.

“Yes, of course (I hope he wins),” Sergio Ramos told ESPN ahead of the Ballon d’Or 2021 ceremony where Lionel Messi expected to pick up his seventh award. “I’m going to defend the guys in my team. I wish him all the luck in the world. He’s in good shape, and I think he’s the kind of player who really makes a difference. He’s a unique player and it’s a privilege to have him in the team. I think that bit by bit, each of us is going to bring our own quality to make Paris Saint-Germain even greater and achieve the things we want to achieve.”

St-Etienne took the lead in the 23rd minutes when Denis Bouanga was able to score the match’s first goal. Things did not go according to plan when Timothee Kolodziejczak was sent to the stands for a horrendous tackle on Neymar Jr. In the 45th minute, PSG skipper Marquinhos was there to even the scores with a brilliant header from a Messi pass. Late in the second half, Angel Di Maria was found in a pocket of space by Messi as he finished with perfect finesse to hand PSG the lead on the night and to top it off skipper Marquinhos was on hand to score his second of the night and all but guarantee three points for the visitors as the match ended 1-3 in favour of the Parisians.

Which team has better player ratings in FIFA 22