Jason Miskiri, chef & owner of The Angry Jerk, riding one of the delivery bikes at the restaurant. Photo by Lindsey Max

Despite its name — The Angry Jerk—this Silver Spring Caribbean fast-casual restaurant is likely to turn you into a happy camper once you’ve tried its food. There are many delicious dishes like jerk chicken, braised beef, oxtail and rice with zesty pineapple salsa and a chicken curry packed with a scotch Bonnet pepper wallop. The restaurant covers 1,600 square feet and can seat 20 people. Jason Miskiri, the chef and owner, opened it in July. The Angry Jerk’s logo, designed by Green Owl Design in Hyattsville, features a Grinch-like scotch bonnet pepper, the trademark ingredient that brings the fire to Caribbean cooking. Miskiri says the peppers can be found in almost every dish of The Angry Jerk.

Miskiri was born and raised in Guyana. He now lives in Chevy Chase. The Angry Jerk’s location is three doors away. Three doors down is The Society Restaurant & Lounge. Miskiri opened the restaurant & lounge 10 years ago with his sister Samantha Khamisel-Miskiri. Miskiri saw a chance when the pandemic hit. “People still wanted to eat out, but had to follow guidelines. I noticed that carryout and delivery were kicking butt, thriving. So when The Big Greek Cafe moved [down the street] and the landlord and the broker wanted me to take it, I took the deal instantly,”He says. “[Society Lounge] was one of the first late night spots here that started to drive business to this area. There’s so much traffic here now. [Angry Jerk stays] open when other places close, sometimes until 3 a.m.”

The Angry Jerk’s menu offers entrees and side dishes as well as build-your-own bowls ($11 to $14.50) and tacos (three for $9 to $11.75) with various fillings (jerk shrimp, jerk chicken, veggies or braised oxtail and beef) and choose-your-own toppings. Miskiri’s jerk chicken ($15.50 for half a chicken) is admirable, with a nice grilled char and a kick of heat. Miskiri marinates the chicken for 24 to 48 hours in what he calls J’s 11 spices (11 was the number of his jersey when he played basketball professionally for the Charlotte Hornets), which includes pimento, ginger, paprika, garlic and Cajun seasoning. The chicken is then marinated in a curry paste wet mix for 24 to 48 more hours. Finally, the chicken will be charcoal-grilled, beer-baked, sliced, and topped with a barbecue sauce. Curry chicken ($19) is a delicious combination of pimento, ginger and garlic. Other menu items include jerk salmon (for $17), fried fish (for 22), and a delicious macaroni and cheddar (for $7.50).

The Salt Line, a seafood restaurant with a D.C. location, will open in Bethesda, in the former Kapnos Kuzina spot, in fall 2022. The Riggsby had been previously slated for the space.

Two sushi restaurants are being planned for Potomac in the next year. In spring 2022, Kema by Kenaki will be opened in Cabin John Village by the owners of Kenaki Sushi Counter located in Gaithersburg. Bethesda’s Yirasai Sushi will relocate to Park Potomac by the end of 2021 or early 2022.

Sugo Osteria, a Pizza and Pasta restaurant, closed in Park Potomac in July. Gregorio’s Trattoria has taken over the space and will open its third Montgomery County outpost there (and fourth overall) in 2022.

In Rockville Town Square in late 2021 or early 2022, Èkó House Nigerian restaurant will open in the former Bar Louie space, and El Mercat Bar de Tapas, a Spanish tapas restaurant, will take over the former Gumbo Ya Ya space.

Rockville Town Square’s Indian restaurant Spice Xing was closed in September. Kumbia, a South American restaurant, will take over the space and plan to open it this winter.

Little Sesame, a Washington-based hummus restaurant, will open in Bethesda Row at the end of this year.

Sweet Block, a restaurant that delivers and offers takeout, will open in Silver Spring in the fall. 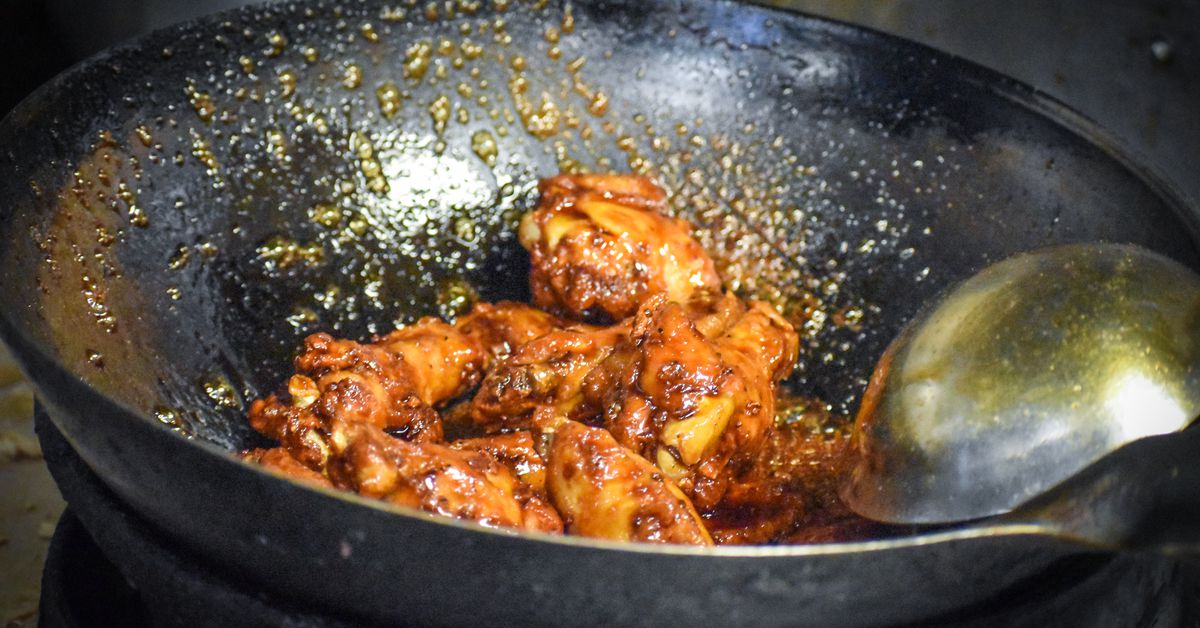 In Long Beach, a Love Letter in the Form of Cambodian Chicken Wings 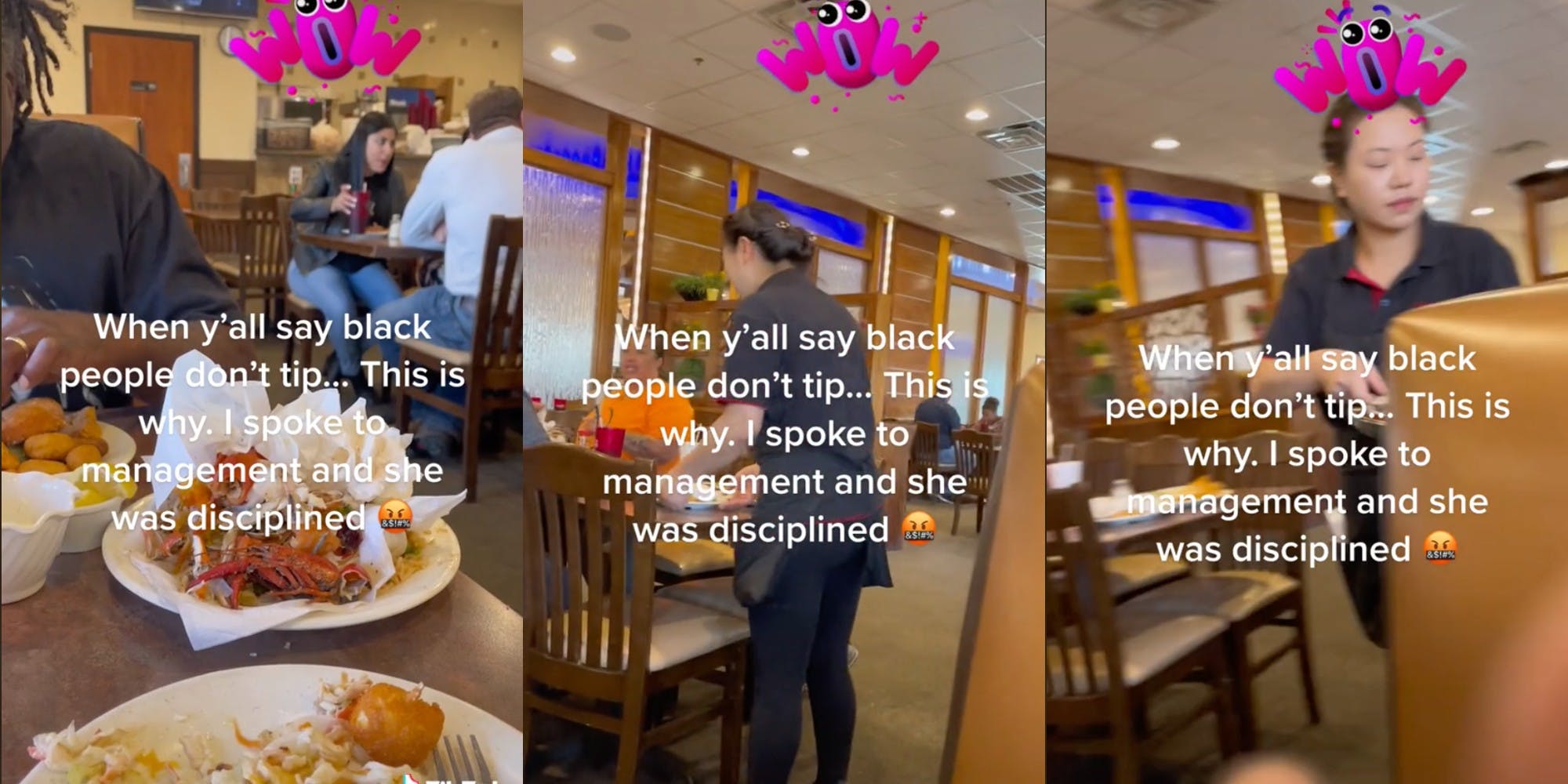 Black Customers Say They Received No Service At Asian Buffet