This topic was chosen without thinking about it. It was the first thing to come to my mind so I decided to do it. “sure why not”. Only later did I think about how much hate I’m gonna get for this article. But you know what?

I’ve never been scared of stirring up controversy. There’s a million takes out there on what are the best fast food chicken sandwiches, AND THEY’RE ALL WRONG!!! This is the official ranking.

Before I start, I should mention that I am only ranking the non-spicy chicken sandwiches. Some restaurants offer other options. “deluxe”Or “spicy”You can find other versions of the sandwiches. Since this is mostly a gag article (mostly), and ranking every single sandwich on the menu of these places would take all day, I’m just sticking to the basics. Also, I will only be ranking the sandwiches I have actually tried, so if there is a restaurant that you like that isn’t in my area (like Culvers for example), then it won’t be on the list. I’m sorry about that. If you don’t like it, feel free to write your own article. Like I said, there’s a million of them. Now let’s get down to business. 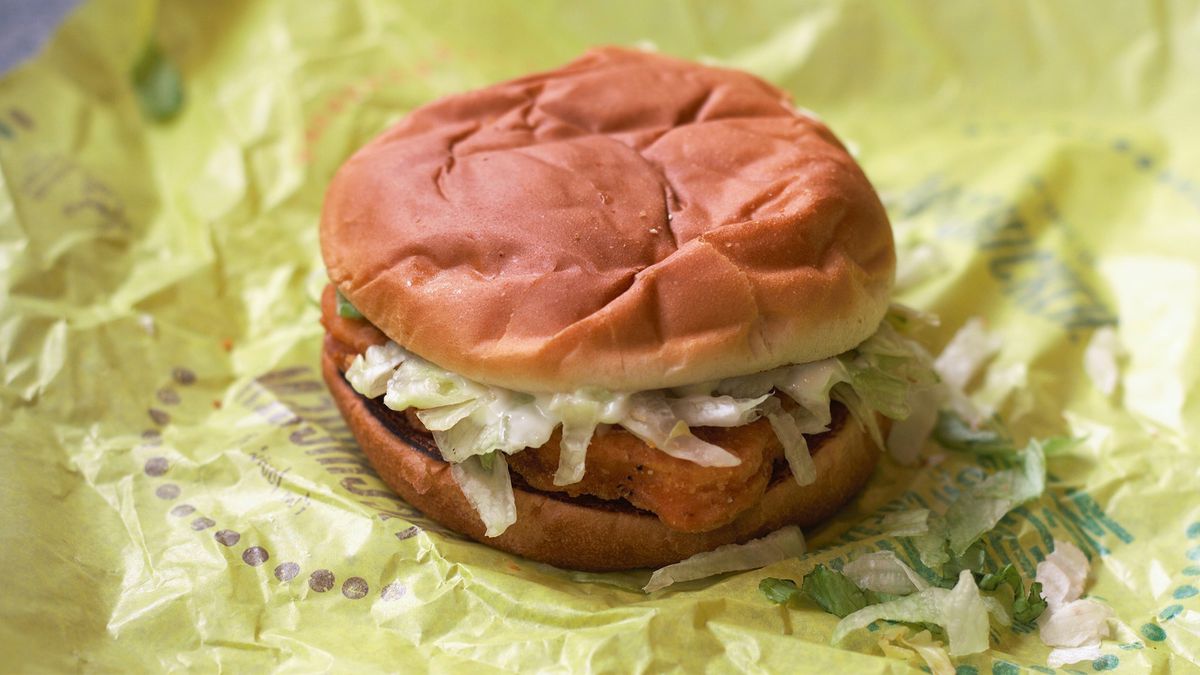 This is my baseline for what a chicken sandwiches should look like. There are many new Chicken Sandwiches on McDonalds’s menu, but this one remains the same and is the original. If I went off some of the newer sandwiches I think Micky Dees would be higher up, but like I said up front, I’m sticking to the basics.

This is a case where “you get what you pay for”. You’re going to be paying about $1-2 for this sandwich. This sandwich is still serviceable at that price. It’s a large chicken nugget on bread with mayo and shredded lettuce. I’ve had plenty in my college career, but it wasn’t because it was my favorite sandwich. It’s cheap. It’s easy. Because McDonalds is always open, you can get one right around midnight. That doesn’t make it a good sandwich unfortunately 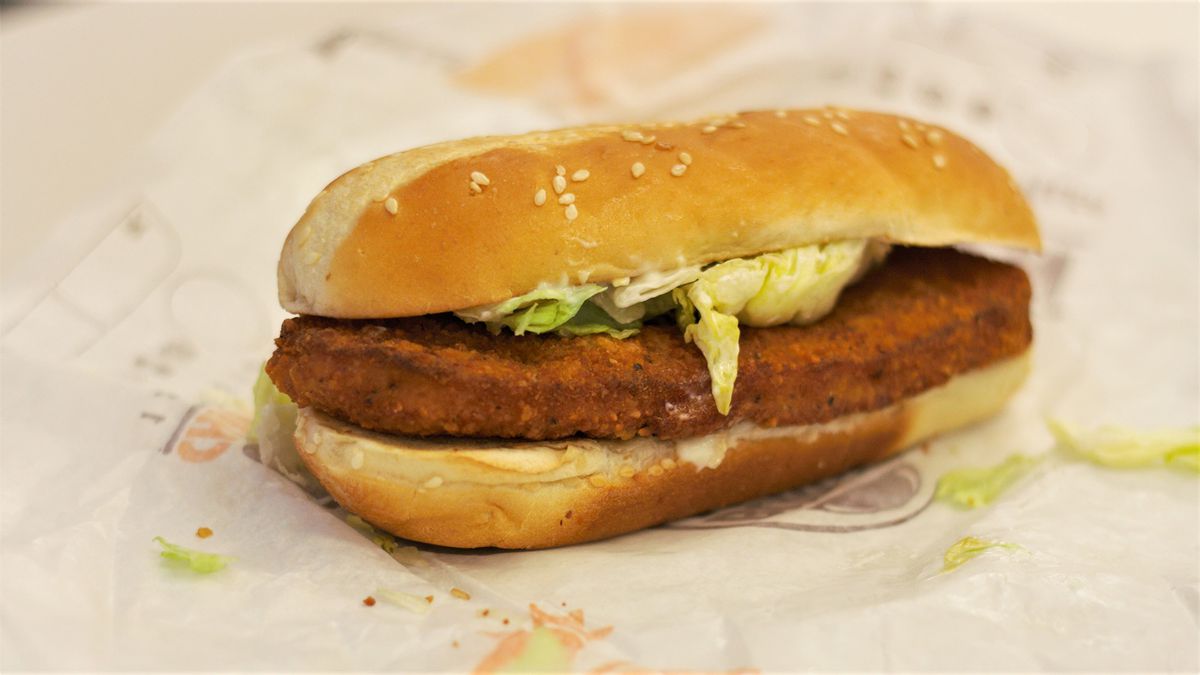 The most memorable thing about this sandwich is it’s strange shape. It looks like a long chicken patty in a sub bun. Because of its size, it can provide you with an extra serving of chicken. My experience is that the chicken has very little flavor. The mayo is the main ingredient in the sandwich and the shredded lettuce does little to add any flavor. 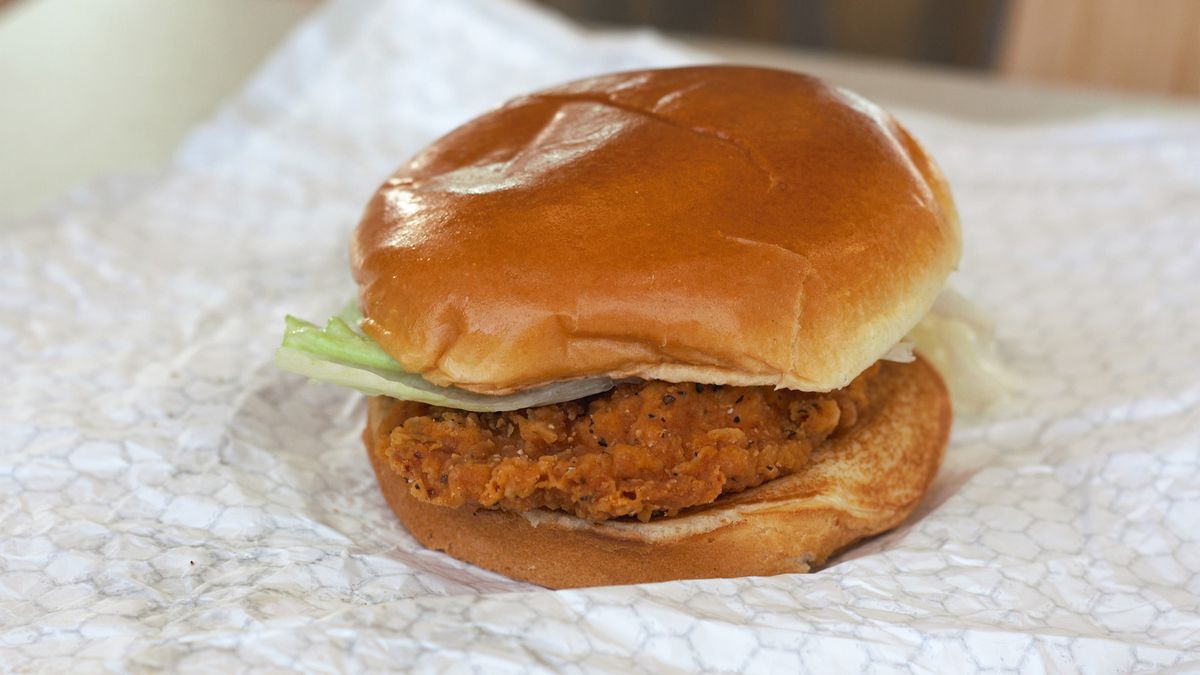 Although there are better chicken sandwiches available, the basic model is still available. It’s more shaped like a chicken breast but is still just a chicken patty, with mayo and non shredded lettuce. Although it’s not the best, I give it an edge over the McChicken sandwich and the old-fashioned Burger King chicken sandwich. 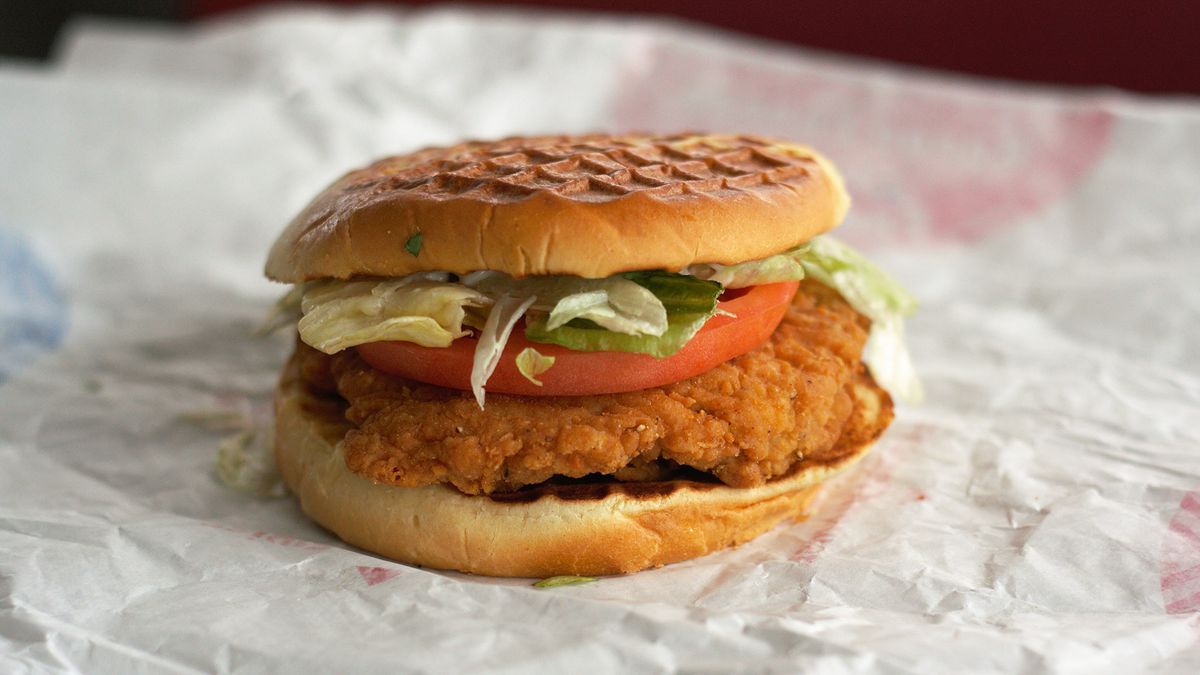 Dairy Queen tried to be more creative with their sandwich, but they fell short of texture. They use real chicken breasts which is a plus. The chicken is often very tough and the breading leaves much room for improvement. This is probably due to how long the chicken is kept frozen, at least at my location. It’s fine, but I have never had the desire to go out of my way to get one. 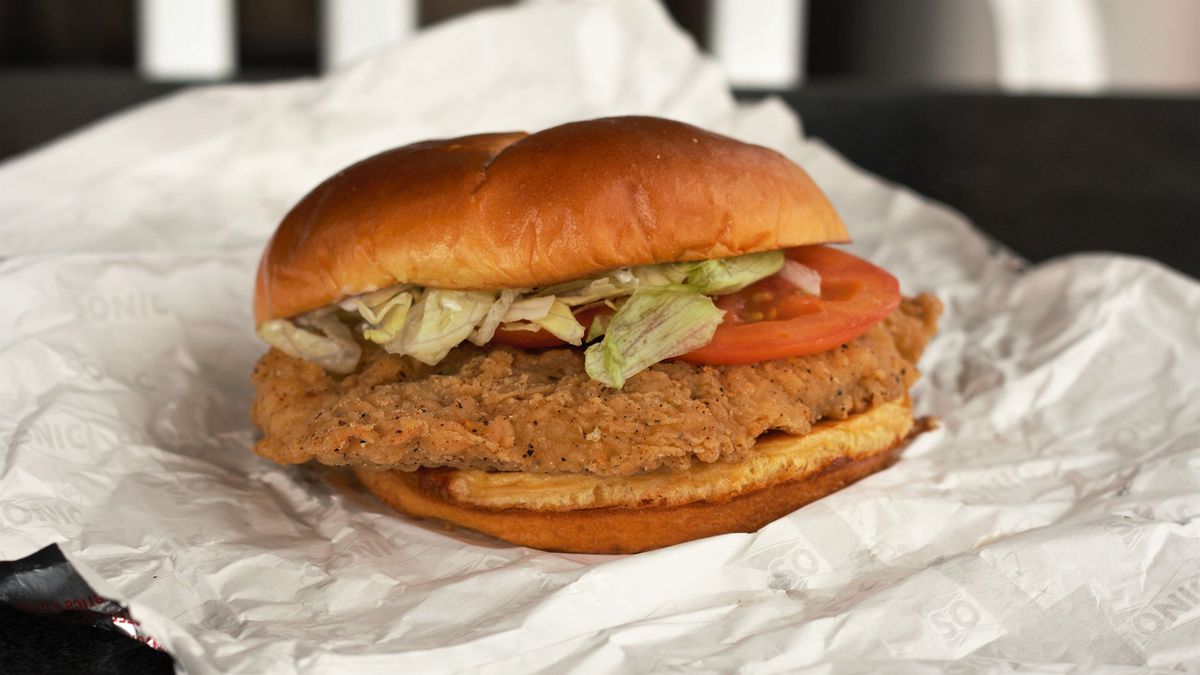 Sonic is very similar to the other picks. The sandwich is a chicken breast, tomato, and iceberg lettuce on a bun. Sonic adds black pepper to their breading, which gives it a slightly different flavor. This is another one I wouldn’t go out of my way for, but I give it a slight edge over the other sandwiches which share its style.

It’s possible that I had a bad experience with this sandwich. But it was a major disappointment for me. Zaxby’s tenders have some of the best breading in the business, crisp and flaky without excessive oil and having a tinge of saltiness. So I was expecting a similar flavor to the chicken sandwich when I ordered the chicken sandwich. Instead what I received was a soggy chicken breast with some thick cut pickles between two buns which was absolutely slathered in Zax’s sauce. I couldn’t handle the sandwich without Zax sauce falling off the bun and it overwhelmed any flavor for the chicken or the pickles. This was the first thing that turned me off of the sandwich. The chicken wasn’t particularly tender, pickles I don’t even remember tasting. Maybe it was just me. This might be more for you if you’re a big Zax sauce fan. It wasn’t for me though. 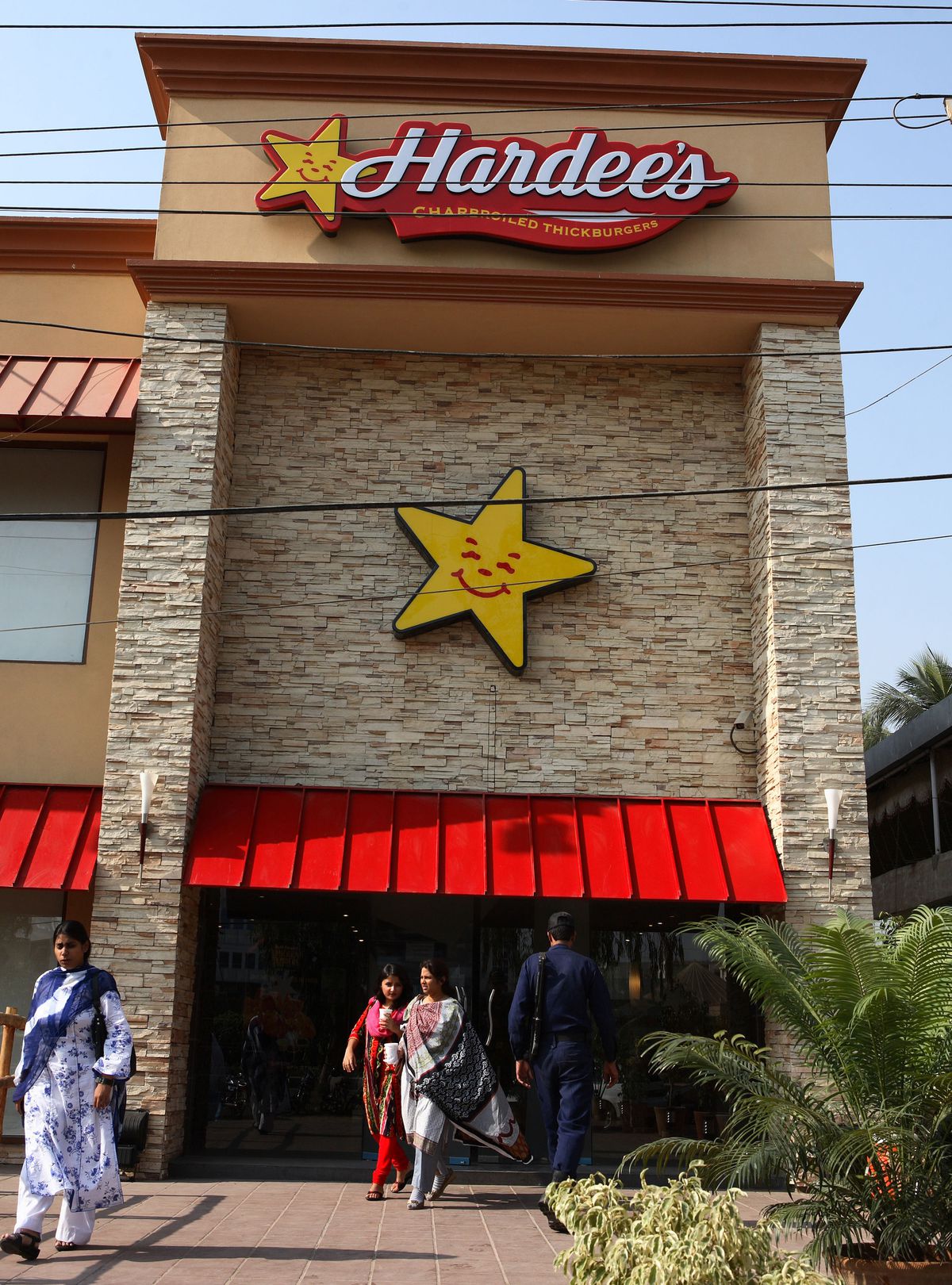 The breading is what makes this sandwich so special. It is a chicken breast with flaky, heavy breading that is supported by mayo or pickles. It’s not too flashy. This sandwich is, at least for me, the best because it has the chicken. The breast is tender, juicy, and well-seasoned. The mayo and pickles are a nice addition, but they don’t overpower the rest of your sandwich. This is a pleasant surprise and something you should try if it’s not already.

Church’s is another one of the mayo-pickle-style sandwiches. They generally use a thicker cut of chicken breast, and the light flaky breading doesn’t retain much grease. This sandwich falls short compared to some of the more well-known fast food places, but if you have a craving for a chicken sandwich Church’s is worth giving a try. 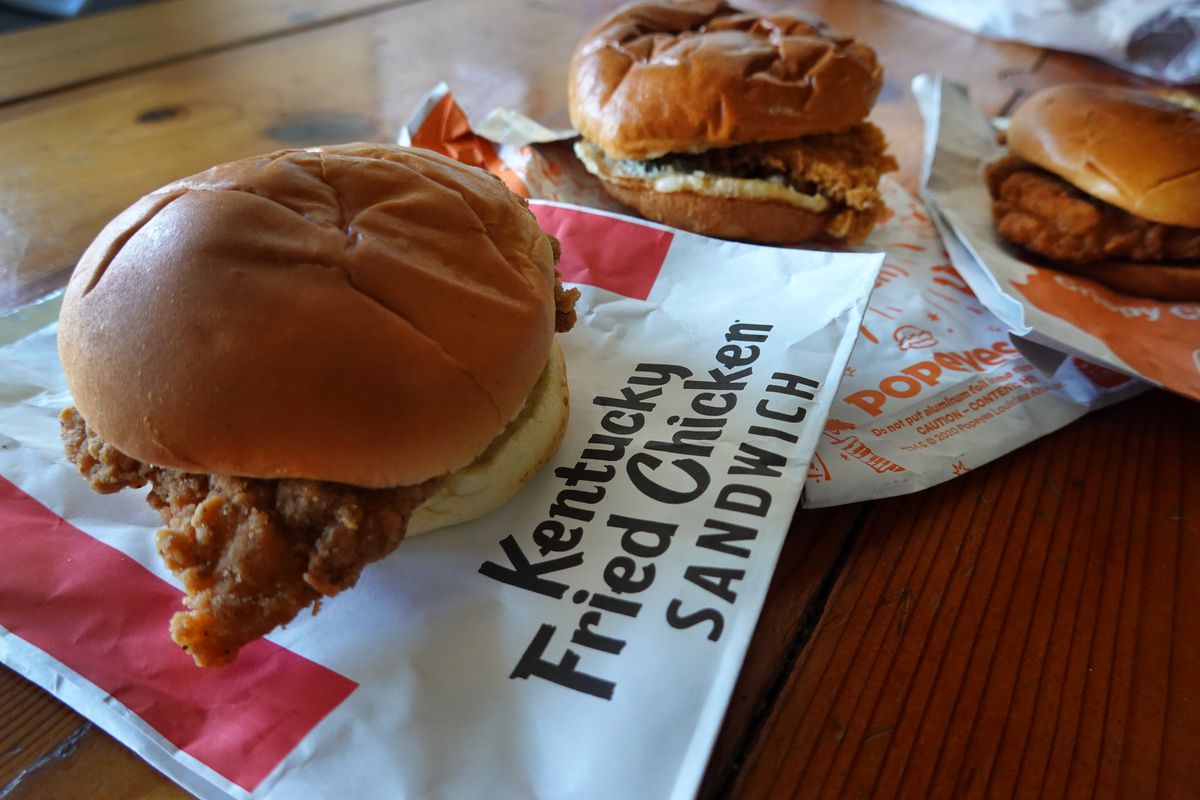 It becomes more difficult to distinguish these rankings. The #1 through #2 rankings are pretty close and can only separated by minute preferences. The KFC style follows what we’ve seen on the past few sandwiches using pickles and mayo. This sandwich tastes more explosive because the sweet pickles are stronger than the mayo. The key difference to me is the herbs and spices. The flavor of the chicken is what makes it stand out. 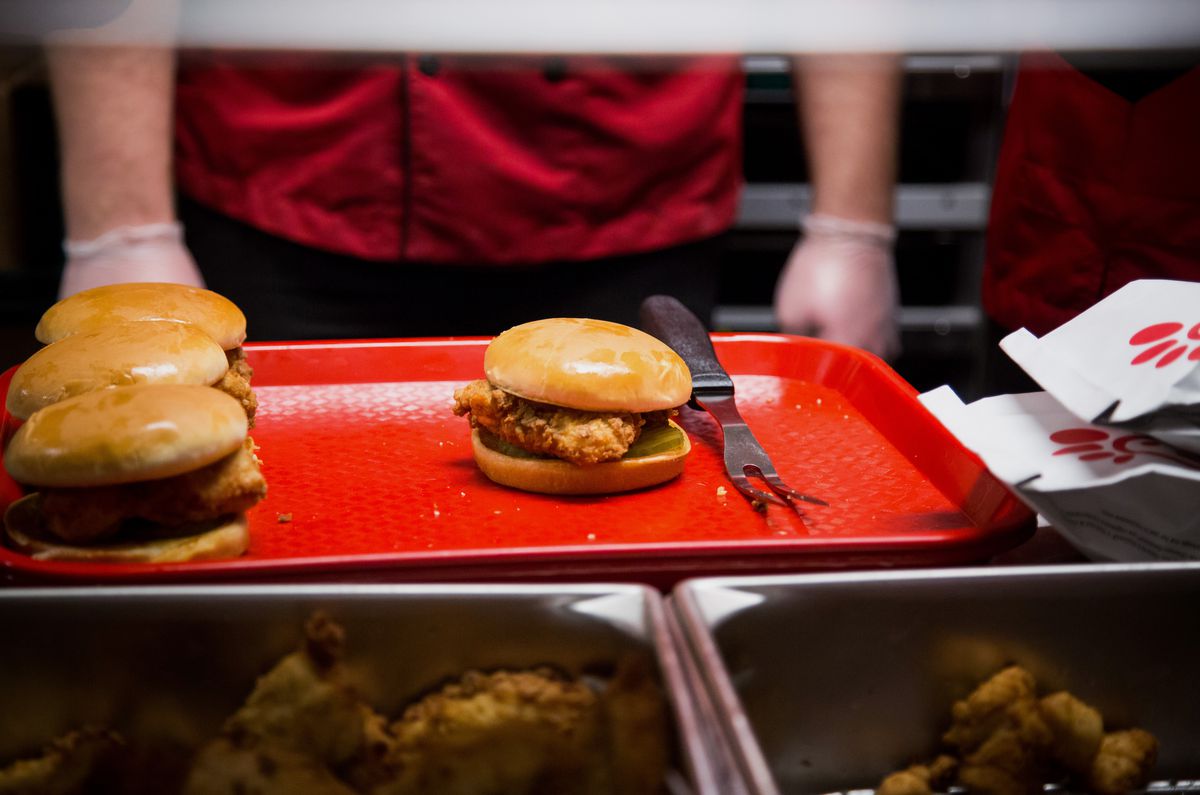 The one everyone is looking for. This is the original school. This sandwich is still a top-tier one, despite not changing over time. Pickle, chicken, bun, and pickle ‘nuff said. The breading is unique on the Chick-Fil-A sandwich compared to all others. Despite not being very thick, it can build up to being flaky in some spots. I found out recently that this is because Chick-Fil-A pressure cooks their sandwiches instead of frying them. Some people may not like the old school style, but I’Chick-Fil-A chicken sandwiches are my favorite. I am a purist. 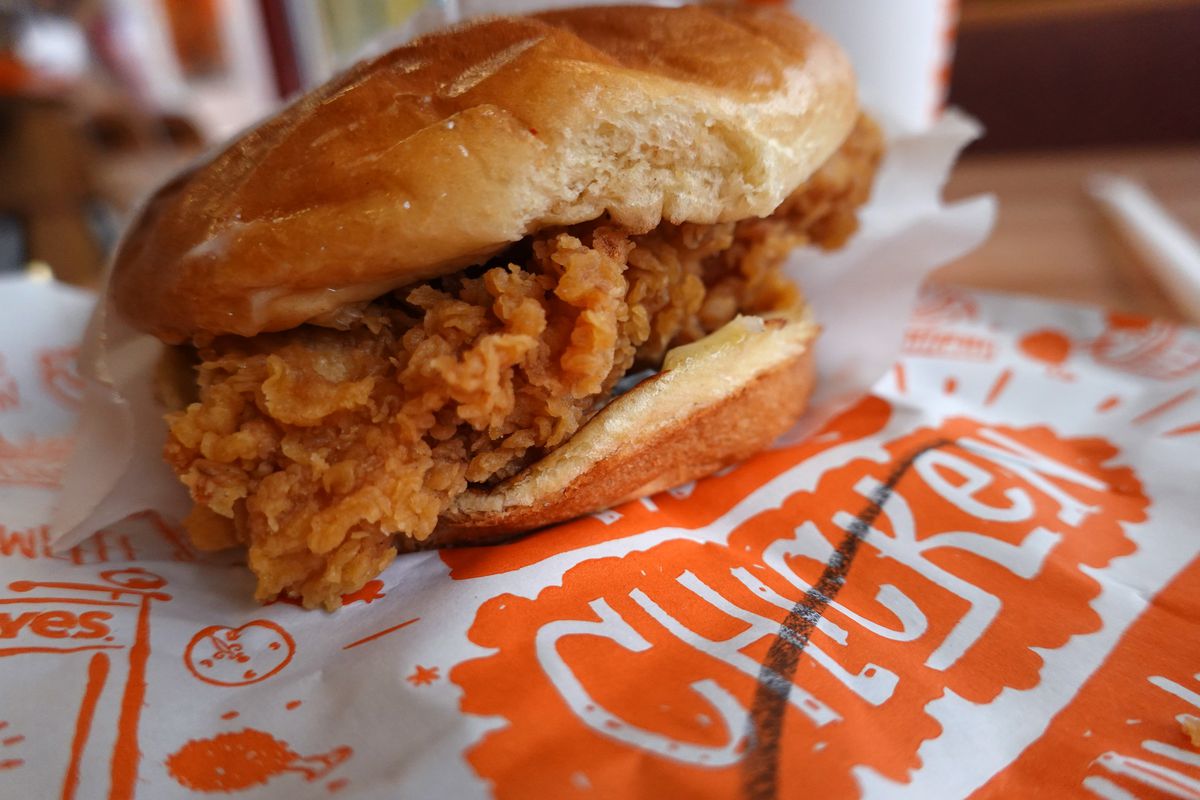 Popeye’s knew what they were doing when they made this sandwich and started the chicken sandwich war. This sandwich is my favorite because of the extra flavor it packs. The combination of the spice profile on the chicken and the amount mayo and thick cut pickles is perfect and will stay with you for the rest of the day. The chicken is very moist and the breading is crunchy. This sandwich is delicious. I don’t think many people think of this sandwich at all, but they should. This sandwich is my favorite because it has the most succulent chicken and the crispiest breading. It comes with shredded lettuce as well as thick cut pickles that do not diminish the chicken flavor. This one really puts the emphasis on the chicken and explodes when you taste it. This is my number one chicken sandwich.

So that’s my list. If you disagree with me, you are clearly wrong. If you do disagree, why don’t you tell me why in the comments or feel free to share this with your friends so we can all argue about it. Georgia Tech Bye Weeks shouldn’t be an excuse to stop being angry about things. Everyone, have an enjoyable week.

17 Pumpkin Treats to Try Around Champaign-Urbana