The Black Hills Weed Shop is located in a former mechanics’ bay on Deadwood Avenue in Rapid City and is set to become the first medical cannabis dispensary in Rapid City. They just need the cannabis.

Michael Graham, the owner, has owned the property since September. “the shine of owning a weed shop has gone,” Graham said — they’re ready to open.

When will that happen? An official opening date hasn’t been set, for one simple reason: the product isn’t ready.

Graham is working with three local cultivators. The first round is a game of guessing. He’s hopeful their doors will open in two to three weeks, but he’s waiting on the phone call.

“It’s brand new,”Graham said. “That’s the biggest thing about this, is just figuring out all the rules and working your way through it.”

South Dakota’s medical cannabis legislation has one giant stipulation — all of the marijuana product must be grown and cultivated in the state.

The majority of cultivators have had their licenses only since April. Supply chain problems caused delays in building facilities, which pushed back the entire growing process. While future grows will create more consistency, for now, it’s a race of the three cultivators. Whichever gets their product ready first holds the key to opening the Weed Shop’s doors.

Some cultivators have harvested, and are in the testing phase — coordinating with testers to make sure the product is ready for a dispensary.

Once they receive the product, the shop will have just flower, Graham said — five different strains. They’ll be looking at manufactured products two to four weeks after opening.

Graham described the shop in Rapid City as a family-owned business and the only small-business dispensary. He moved to South Dakota from North Carolina, along with his mom, son and brother, James — also an owner — when medical marijuana was legalized in 2020. They’ve been working on the shop ever since.

Graham said he’s wanted to get into the industry for the past decade, but can trace his ties to the plant back to his grandfather.

“He used to grow it in between tomatoes,”Graham said.

The plant isn’t clinical to Graham — it’s personal, which is why he named the shop “The Black Hills Weed Shop.”

We just tried to be straightforward,” he said.

A towering Jimi Hendrix poster, swirling with primary colors and a tight frame of Hendrix’s face, greets customers at the end of a small entryway, dead ahead as they enter the shop. The wall leading to Jimi is lined with other classic rock posters.

His business partner, Frank Michela, is a Marine, Graham said, and had the poster since high school. When he joined the Marines, his mom had it framed, and it’s traveled with him “all over the world,” Graham said. “So the whole shop came from Jimi.”

The posters lend themselves to a laid-back atmosphere, with open space and rock music playing overheard.

The walls are currently lined with paraphernalia such as bongs and pipes — even an apparatus called a bubbler, or “a mini bong,” as Graham described it. Another shelf carries smell-proof bags, complete with locking combinations and a tag reading “come back with a warrant.”

Rolling trays, grinders, wraps and paper are among other products on the shelves, awaiting the main attraction.

An open, central area lined with green carpet pays homage to the green plant, with countertop running across one side of the room and four large televisions mounted on the wall above. The TVs will eventually display menus, once the shop has product, and the counter will display product samples.

Behind the counter customers will find two “bud tenders,” passionate and eager to assist and educate on any and all things cannabis.

Liana Hedlund and Danielle Bradford came from California and Kentucky when medical cannabis was legalized, rounding out a staff of four, with Graham and his brother James.

Education is a big part of the job, Graham said — consulting with customers on exactly what the effects of each product are and how they fit into customers’ lives.

Bradford said she moved to South Dakota from Kentucky for much the same reason, having experienced the benefits of cannabis within her own family, including a loved one suffering from PTSD.

“It makes me excited to be in the very beginning stages,” Hedlund said.

The shop, according to Graham, will not only be the first to open in Rapid City, but the biggest. As they wait on their first cultivator to reach the finish line, they’ve been directing curious customers to their website and Facebook page.

“We just want to sell weed and have a good time,” Graham said. 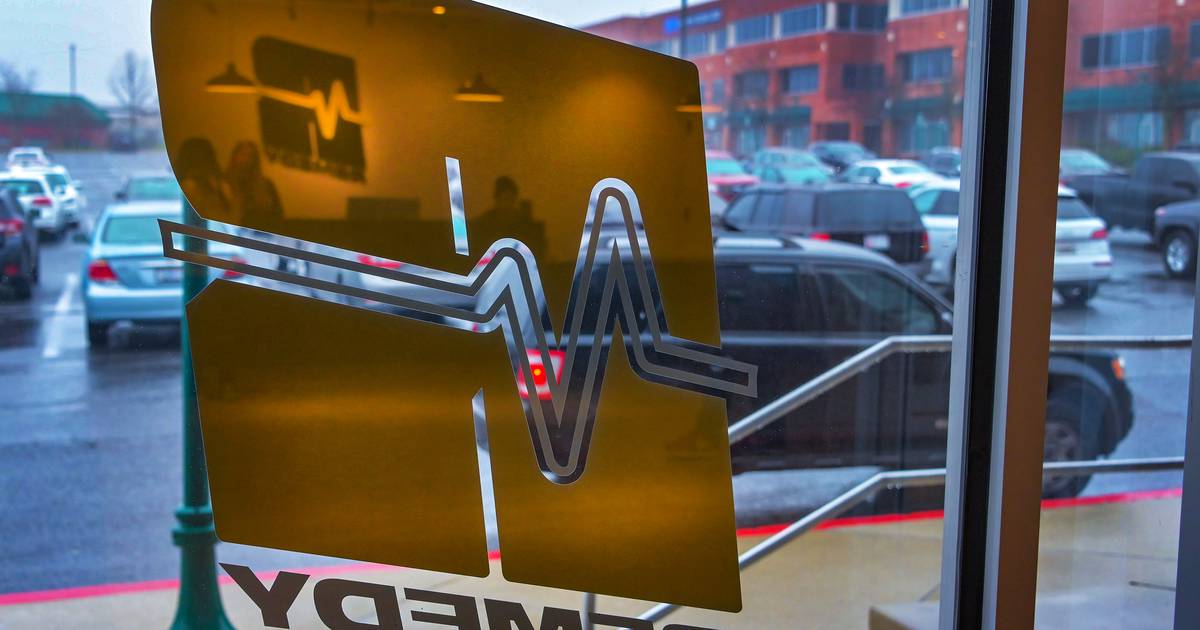 Maryland’s medical cannabis industry hit $600M in revenue. As legalization looms, how much bigger will it get? – Baltimore Sun