Former Tampa Bay Buccaneers wide receiver Antonio Brown has ventured into another career endeavor outside of football. Since NFL teams seem to be done with Brown, he tried his hand at NFL “reporting” Wednesday morning on Twitter. And for his efforts, Brown was called out by ProFootballTalk. Brown clapped at former Bucs head coach Bruce Arians after he was reportedly reprimanded for his behavior on the sideline during Sunday’s win over the Saints.

Surely Brown thought it’d be funny to poke fun at his former coach but couldn’t even get that right. ProFootballTalk’s social media wasn’t having it and called out AB for not linking to the story he’d referenced, which was theirs.

Pettiness like this and Brown’s overall attitude are what has him out of football right now. No matter which version of the story you believe from AB’s walking out on Tampa Bay mid-game, the fact is it’s over, and everyone has moved on. Ok, everyone but Brown. That’s not to say Arians didn’t earn a good heckling the way he carried on Sunday, but Brown didn’t need to be the one to say it.

AB literally quit on his team in the middle of a game. In any sport, that’s one of the most significant offenses in terms of the on-field/court product. Quitting mid-game, taking off the team’s jersey, and walking out on everyone is a horrible look. In some football locker rooms, that’s enough to warrant an arse kicking. I’m not advocating that, just stating facts.

G/O Media may get a commission

Work it out
Comes with an AI Gym App that can run you through over 70 different classes, all of which are free, plus you get multiple different types to take part in, and the bike can mimic inclines too, so you’ll get a truly incredible workout while riding on this bike.

Arians shouldn’t go unscathed in this, either. His antics and part played in the brawl that ensued after his back and forth with Saints cornerback Marshon Lattimore shouldn’t go unmentioned. Footage that has surfaced looks like Arians may have instructed Mike Evans to get back out there and protect his quarterback. Arians knows the history between Evans and Lattimore as well as anyone. For his retaliation, Evans was suspended one game and Arians got a warning from the league.

Why the hell was Arians on the sideline anyway? He resigned as head coach to take a front office position. It seems like this should be a bigger deal and warrant more than a warning. Arians is on the sideline doing his best 1990s Jerry Jones impression while allegedly causing a team brawl. Suspend his butt for a game and send a message.

On top of that, the optics of Arians walking up and down the sideline don’t look good. He supposedly wanted to give Todd Bowles another chance to be an NFL head coach, then it only took two weeks for Arians to come down and show him up by acting like a lunatic. If you want to coach, then coach, but once you take a front office gig, let the new coach run his team. The 70-year-old former head coach says all the right things, but Sunday’s action didn’t match his sentiment.

As for Brown, it’s unclear whether he’ll get another shot in the NFL at this time. He certainly doesn’t deserve one after multiple off-the-field incidents, including allegations of sexual assault, then all his football-related missteps. Rap might be the best outlet, or he could continue to improve his journalist skills. Either route is more likely than him landing on an NFL team anytime soon. 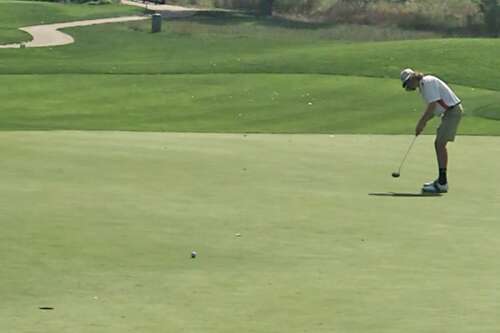 “I’m here to cheer:” Being a BIPOC male cheerleader