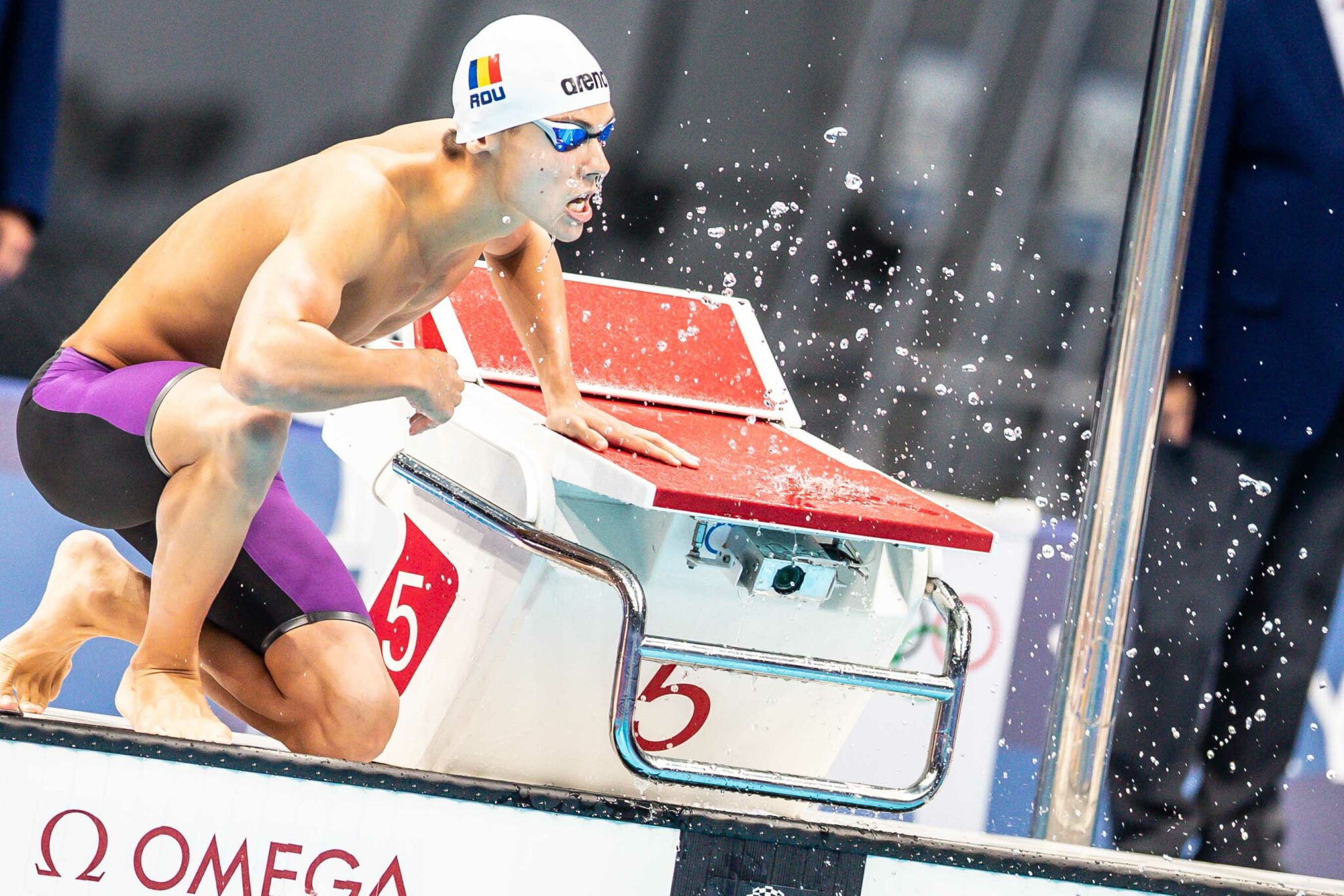 This article was originally published in the 2022 Spring edition SwimSwam Magazine. Subscribe here

This is a first person article courtesy David Popovici.

My goal is not to change my mindset. I want to remember the most important fact: that sport is enjoyable.

The sum of all the things I have received from those who love me with patience and attention has made me the person I am today. It is also something that is mine alone.

My rock has been, will always be, my family. They shaped me. They shaped my thinking, my outlook on the world, as well as my approach to sport. My mom, my dad, and Adrian, my coach, are the adults I learned the most from, and we can also include my brother, 8 years older than me, among this list of life’s teachers.

Perhaps I started at the end, to be honest about myself, but the truth of the matter is that no story begins from the beginning and that even when we are born we are already in the middle.

In any case, I’ll start over.

I was born and raised in Bucharest, the state capital of Romania, a city that boasts nearly 3 million people — three out of 19 people in the entire country. It’s a large and lively city, and it has been my starting block for the entire world.

I was an active child — very active. While I realize that many people claim that, especially those who go on to become athletes, I was always active as a child. I didn’t want any toys, cars, or videogames. I was content to play with rocks, sticks, and anything else I could find in parks and gardens. I loved bugs, for example. My eyes were always focused on finding new stimuli to capture, in constant research to discover how the world works.

My mother took me to the park with her stroller. I was always in motion and awake. By that I mean exactly 30 minutes. While my siblings were sleeping for hours, I felt a biological alarm within me. It was as if the days were too wonderful to waste. There were so many things to discover.

Despite all the training, studying, and living a full life, I still find it difficult to sleep in the afternoon. I try my best, but I can only sleep for two minutes before I feel the urge to get up and start doing something else. I have been able to find a way to get my energy back for a long time. I shut off the light, turn off my phone, close my eyes, and then relax. I don’t sleep, but I use this time for myself — a kind of meditation in which I find the strength to face the rest of the day.

That’s the reason I started swimming.

My parents decided to take me to the pool, the same one where I train today, to burn off some of that energy — or at least to channel it — and also to treat my scoliosis.

It was love at the first sight with water. Period. Every moment of my first lesson in swimming is recollected. I remember that I immediately felt in the right place — like a fish. It’s a trivial statement, but it is true. I’m thin, and I have long arms and big hands. My lanky body found the confidence in the water that was difficult for others like me to find.

Since then, water has been my place of refuge, my sanctuary, and the place where my dreams can be realized.

The time I wasn’t swimming I spent watching swimming legends. Every morning, when I was able to leave school, I ran into my living room immediately after I woke up to watch the Beijing 2008 races on TV. Michael Phelps in all its glory. I watched his movements, and Dad would freeze the image to show my mistakes in the water. This was to explain to me that there were no monsters between me and him. “only”Many hours of training.

These videos were watched until I knew them by heart. They were my daily viewing for at least five years, from 7 to 12, and I could easily say that I ate them all. The mornings were no longer free when I began swimming twice daily starting the next year. It was very difficult for me to get up early — I didn’t understand why I had to swim at 5:00 in the morning. It was not easy because of my eating habits. I’m used to having breakfast two hours before swimming. Even though I was training at 5:00, that meant sitting at the dinner table at 3:00 each morning. There hasn’t been a single time that my parents haven’t made me breakfast, showing infinite love for me, and enormous respect for my dreams.

At 13 years old it’s difficult to see beyond the daily effort, to see the importance of every single brick that builds a solid future. Like my swimming technique. Of course, it’s mostly natural; it’s my instinct that leads me to swim in a certain way, but I’ve also worked a lot and I keep doing it with my coach.

It took hours to get every detail right. Adrian and I talk a lot on swimming. We could spend entire days discussing technique and past legends without getting bored. According to many, the way I swim has something to do with Ian Thorpe’s style.

This technique was an inspiration to me without a doubt. More than 20 years later, I’m free to swim that way.

And I agree “free”Because he was the one who tried to rethink Freestyle in some way. He took the chance to change the rules of a sport that people believed they knew all about at the beginning of the new millennium. It took long strokes and patience to wait for the body’s entire slide phase to be completed. It is difficult to be patient while swimming 100 or 200 meters, but it’s the water that asks for it, and we must listen.

If I was told two years ago, that the child who is unable to take afternoon nap would be in the Olympics call room next to champions like Caeleb Dessel or Kyle Chalmers I would most likely have said that I was crazy or that it was a dream.

I would have felt small ants or bugs like the ones I played with when I was a child.

It really happened a few short months ago. I was in the Tokyo Olympic Games call room, and my thoughts somehow astonished me. “It’s true, those around me are giants of swimming; they have written important pages of this sport — those same pages that some children will watch and re-watch on TV until they are learned by heart. But I’m here too, and I’m a giant too. I earned this place, and the Olympic Games teach that every lane has a chance.”

I had a great experience in Tokyo and I would love to take part in more Olympics. They offer a world where you can eat lunch and ride the bus alongside your opponents. The Olympic Games represent the essence of sport. And that’s why I never want to forget how much fun I have — how much I enjoy doing what I do.

It was the second 50m of that 100-meter freestyle that I found myself talking in water. Not in my head but right in the water — or maybe I was talking to the water. 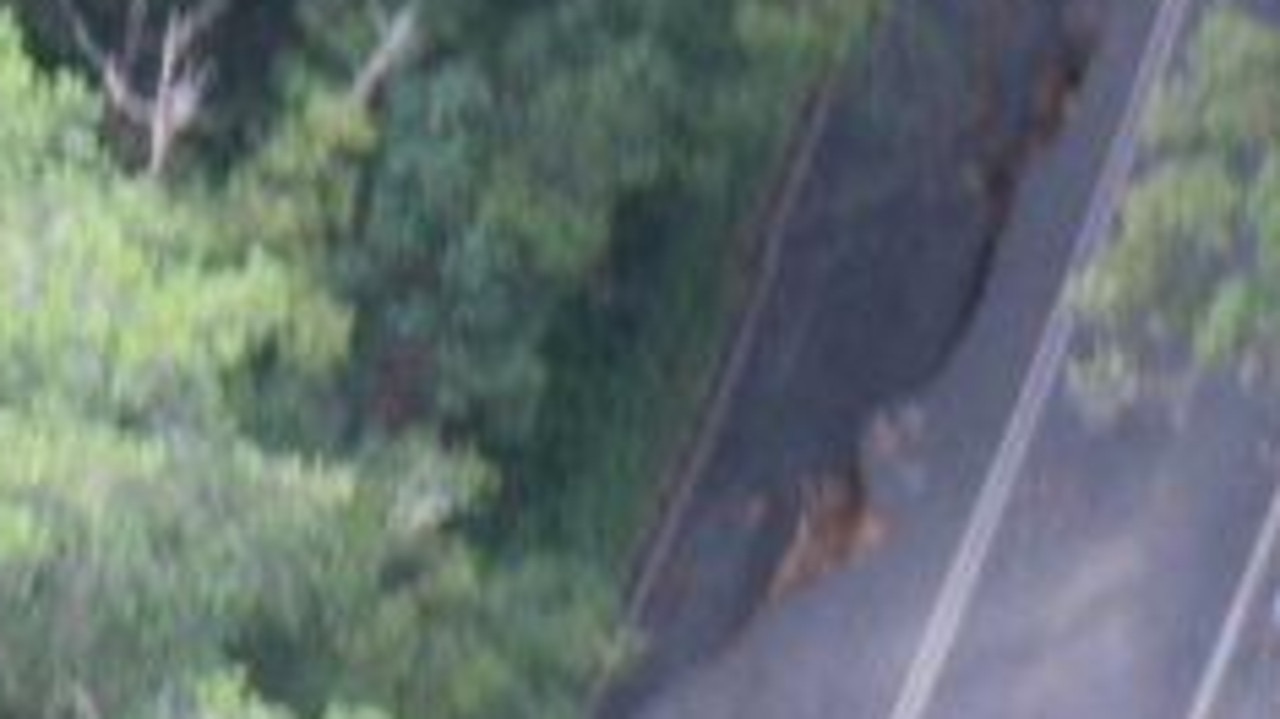