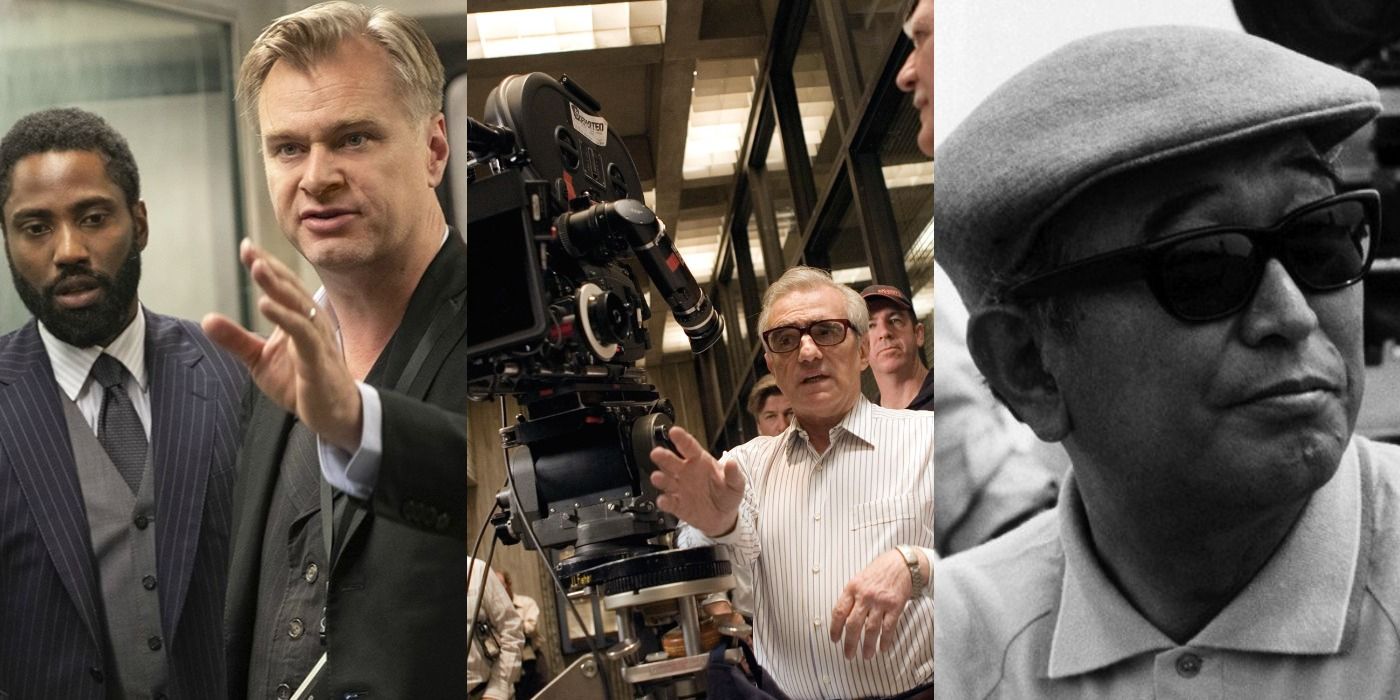 The film industry is one of the most beloved entertainment media. It has a large collection of iconic movies. It was also the birthplace of many legendary directors.

The voting base at Ranker have compiled a list of the greatest directors to have ever worked in the medium. It spans decades of history. The directors listed range from the early to mid 20th century to current-day household names who have released movies in recent years.

Christopher Nolan is a modern celebrity and fan-favorite director. The director started on smaller scales that still showed early on his pension for mind-bending plots with the likes of Memento. He only grew from there, and even expanded into franchise projects, including one of the most beloved movie trilogies in The Dark Knight Trilogy.

Nolan was able to execute some of the most intense stories about Batman’s psychology because of his compelling personality. After and in between, he dove further into the thought-provoking, visually thrilling, and science-fiction with movies like The Prestige, Inception, and Interstellar.

One of the most important figures in the history of the medium is Orson Welles, the late director. Throughout his career, Welles worked in movies, theater, and radio, and his first movie Citizen Kane – which he produced directed, and starred in – was a landmark project. It’s frequently cited as one of the best movies ever made, and Welles as one of the best directors in the business by extension.

It was his first movie, and it earned him an Academy Award nomination. However, he was also known for movies like Touch of Evil. Many of his projects garnered particularly high praise across Europe.

The Coen brothers, a modern directing duo, have directed classic movies in a variety of genres. They both direct, write and produce their movies together. However, they have written some other directors’ work and received individual credits.

Joel and Ethan Coen have gone from directing beloved dark-comedies like The Big Lebowski to grounded Westerns like True Grit. Their versatility is impressive, and even more impressive is their ability to seamlessly blend different genres together. The gritty, bleak crime drama No Country for Old Men is also – understandably – regarded as one of this century’s best movies. It also boasts an impressive ensemble cast.

Quentin Tarantino is a modern legend for his ability to master the art of bombast while also tackling difficult subjects. Like Christopher Nolan, Tarantino’s known for having a set of favorite actors to tap up for his projects.

His early career with movies like Reservoir Dogs captured tense, claustrophobic crime thrillers, and he fine-tuned his signature style after breaking into major Hollywood movies. The Kill Bill duo, Inglorious Basterds, and Django Unchained are arguably his most unforgettable movies to date.

Francis Ford Coppola, along with Martin Scorsese and other directors, was part of the rise of mobster crime-drama. Coppola did so by giving the medium perhaps the greatest pair of mobster movies ever made.

The Godfather and The Godfather Part II are also considered as two of the best movies ever made in general, with the second being especially impressive for accomplishing the rare feat of a sequel that surpasses its acclaimed predecessor. Those movies gave one of the most imposing performances by Marlon Brando and skyrocketed the career of the revered Al Pacino.

Steven Spielberg has made a variety of movies that have a broad appeal and that convey that feeling of mainstream appeal. “Hollywood magic.”Spielberg’s status is one of “New Hollywood’s” essential directors came from his grand adventures like E.T. and the iconic Indiana Jones to suspenseful horror thrillers like Jaws. This movie was a game-changer in horror and thriller movies.

His movies generally age especially well, too, as the 1993 classic Jurassic Park was a mix of awe-inspiring adventure and imagination, along with some tasteful implementations of horror. Spielberg’s use of practical effects is another important part of his films’ timeless appeal.

Akira Kurosawa was a global star despite Hollywood being dominated by western filmmakers at the time. His acclaimed 1951 movie Rashomon is what opened the door for him and Japanese film to enter western markets, and was the start of what would become one of the industry’s most influential directing legacies.

Though, Kurosawa’s Seven Samurai is commonly referred to as his magnum opus. The samurai drama lasted 3.5 hours and was a beautiful mix of American western filmmaking and Japanese filmmaking.

Martin Scorsese succeeding Francis Ford Coppola as mobster-genre expert is a great success. He’s picked up the torch for keeping the genre (as well as psychological character studies like Taxi Driver) compelling still today and is even now releasing highly-anticipated movies. Scorsese makes every announcement and release a movie a cinematic moment. One of the director’s biggest assets is how consistent he is in releasing high-quality work.

The Godfather movies became the standard, but the likes of Casino and The Departed are more than worthy contenders in the genre. Scorsese’s greatest films are characterized by the star-studded cast, and the suspenseful plot of Casino.

Stanley Kubrick is one of the movie industry’s best directors for effectively adapting unique source materials. This has led him to direct a variety of genres in movies, with his works having predominantly been characterized by grim realism and dark humor.

Kubrick’s created adaptations for psychologically nerve-wracking movies like 2001: A Space Odyssey – which has been praised as one of the best sci-fi movies – and outright disturbing dystopias like A Clockwork Orange. Kubrick was known for being meticulous and a perfectionist. This is evident in his work, given the intricate detail in cinematography set design.

Alfred Hitchcock is undoubtedly one the most popular subjects in film classes all over the globe. His influence on movies continues to be felt today in some way, in terms of cinematography and setting the atmosphere. While Spielberg’s aforementioned Jaws was a milestone for horror, Hitchcock’s The Birds was an earlier milestone for the genre.

Hitchock’s work in other thriller areas were also noteworthy entries in cinematic history, like his intense psychological thrillers Vertigo and Psycho. Both of them have become vastly more appreciated over the years thanks to the daunting presence created by his direction, camera work, and the actors’ respective performances.


Next
The Godfather: One line from each Main Character that perfectly sums up their Personality


Guillermo Kurten, a journalism major at University of Houston, is Guillermo Kurten. He is originally from Venezuela and now resides in Houston. He is a huge fan of all things nerd culture. Video games, comics, movies, TV, anime, manga, you name it. He is also an expert on soccer writing, and specifically the German team Bayern Munich.

‘The Good Father: The Martin MacNeill Story’: Release date and all about Lifetime film

Jordan Peele & 9 Other Comedic Actors Who Were Great In Horror Philanthropist Jacqueline Avant, and the wife of a music exec. Clarence Avant is fatally shot